Three more episodes of Teasing Master Takagi-san today. It’s so sweet, and its been loads of fun watching with my husband

We only have 3 more episodes of Season 3 left now, and then we’ll need to try to find a way to watch the movie! I don’t think its available in the UK yet so we may need to wait a little while…

While I didn’t do as much focused audio-only listening as I originally planned, this challenge has been a really great way for me to justify spending more time watching anime, which is something I always wish I could do more of but struggle to find the time. I’ve had lots of fun, and definitely gained more confidence in my listening skills.

Thanks everyone for your posts, they’ve been really motivating and also pointed me towards all sorts of resources and fun content.

I’ll definitely be back for the winter challenge if there is one!
Thanks for organising @KJules!

A challenge done! I did better with this one than the reading challenge: 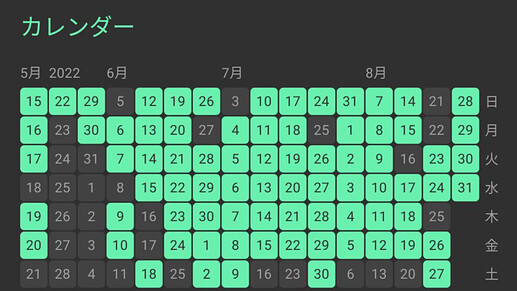 I didn’t post everyday as it felt a bit boring to say I watched another episode of some random crime show or some youtube video. I’m a bit disappointed by my Saturdays, though. I know why I sometimes don’t find time to read during them, but I can absolutely sneak in some listening if I try. I’ll have to work on that.

ok this week in Japan I did…

Ending off on kind of a wild note today; I stumbled upon these music videos of seiyuu doing acapella covers? 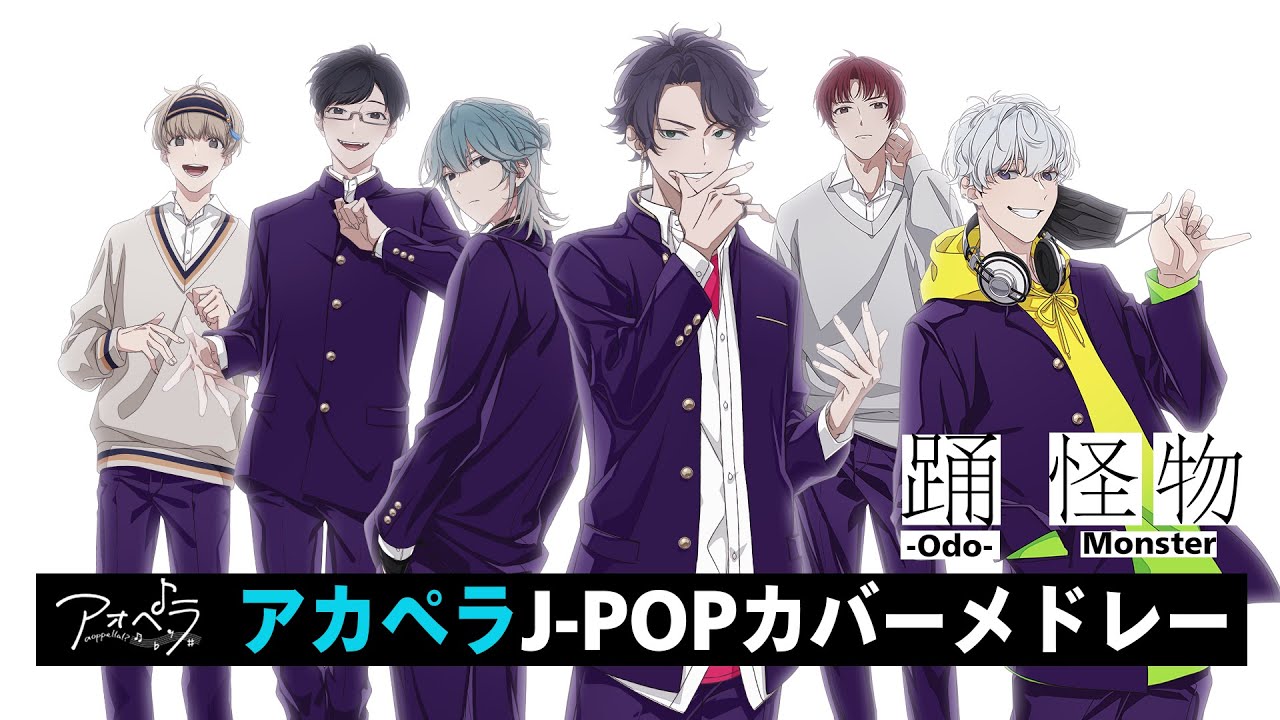 So yeah I watched a few of those for funsies, pretty cool! I also had class today so good practice there as well. I’m too tired to do a proper end of challenge post right now so… later!

I am now at HUNTER×HUNTER Ep.27, but I haven’t started manga Vol.4. My listening isn’t so good, but the momentum of the story brings me forward, so I continued to be.

My かぐや様は告らせたい S3 is at 2/3 of Ep.6. Kaguya are composed of short thirds, like Takagi or Nichijou; and sometimes I don’t want to continue yet. (And sometimes I was simply called to duty while watching…)

Posting for the “end of the challenge” and to keep track of things because I’m terrible this week. Didn’t do anything today, but hopefully I’m back tomorrow.

I plan to keep listening everyday and posting regularly like in the reading challenge, hopefully I’m not alone!

Well I’ve underestimated time again so no “end” of challenge post yet, just snuck in a THE FIRST TAKE video for funsies! I’ll probably be sticking around though, or at least trying to, gotta make myself do something somehow

I’m back again for the off-month, after completing the read every day challenge!

. Once again, I’m going to try to do both Spanish and Japanese every day!

Honestly, it’s kind of amazing how much my listening has improved since June ended, despite the fact that I haven’t been doing much dedicated listening practice

(well, I have been watching plenty of wrestling still, and that’s certainly not nothing).

On the first day of this new challenge, I watched one episode of La Casa de las Flores and watched a few Tokyo Joshi Pro Wrestling backstage interview clips that I was working on translating. In both Spanish and Japanese, my overall comprehension was markedly better than last time, which shocked me!

I guess it makes sense with Japanese, considering the amount of work I’ve been putting into these translations. I’m definitely better at following along with the text at a more natural speaking speed, and catching some parts of speech that weren’t perfectly transcribed.

These backstage interviews are not exactly the most ideal environment for listening comprehension, haha, because they’re often filmed in really echo-y hallways with a lot of background noise (you can often hear the entrance music for the next match, for example), and the wrestlers are often tired and/or excited and don’t speak the most polished sentences, but they’re fun to watch if you’re invested in the characters.

I’m especially enjoying the post-match interviews from TJPW’s last show on August 28, which was at Korakuen Hall and which had an all-women audience, who were allowed to cheer (their previous two all-women shows were much smaller and also were affected by coronavirus restrictions that prohibited cheering). The wrestlers were really, really excited to be performing in front of a crowd of all women, and it’s so much fun to see their delight in the videos of their comments

I guess this is my end of challenge post! Thank you so much to everyone who participated, you all had great resources and it was fun to follow along with what you’ve been listening to. I definitely stole some of your ideas.

As for how I did, it was better than I thought, and actually a lot of fun! When I started the challenge I planned to use JLPT prep and NHK easy news, but after all of your suggestions, I actually found way better stuff that I enjoyed a lot more. Especially in these last few weeks, I’ve been doing a lot of watching of japanese Netflix with Japanese subtitles, and it doesn’t feel at all like studying. I think since I’m interested in this stuff, it’ll be a lot easier to keep listening, and maybe one day I’ll be able to turn off the subtitles too lol (I’m not there yet, I’d say 75% of what I’m able to understand is because i can simultaneously read the subtitles) but in any case it feels like progress!

I may do another challenge in the fall, please look out for it in about a month or so. In the mean time, please keep posting here, if you want to!

Not gonna keep up with consecutive listening this month, but I may post every now and then whenever I find cute/fun stuff (at the whim of the YouTube algorithm or if I have withdrawal symptoms from ワンちゃん), and also so @rikaiwisdom doesn’t get lonely in this thread!

Clefairy will feature as a guest on the weather forecast on September 10th, this is great

Cherry Magic is so good!!!

Just watched a bit of a let’s play today! Still working out time management a bit, but I’ll get there

I am now at HUNTER×HUNTER Ep.30. And also, I rushed reading manga Vol.4 to catch up.

My かぐや様は告らせたい S3 is at 1/3 of Ep.7. That’s not my actual amount of exposure, as I watched some of S2, when I don’t want to focus too much. I have watched S1 and S2 before, about 1 year ago, with EN sub; but I can’t remember as much as I thought. However, the thought of missing something from unwatched S3 stopped me from continuing to watch the series. I don’t want to miss some parts, especially when watching the first time.

I found a way to put JP sub on some of my series. [1] Depending on the series, it can be a chore, as retiming might need to be done. Also I cannot find JP sub for some series.

Nonetheless, I can say that I couldn’t study transcript files well, but real-time sub would be no problem. I still feel that studying modes of watching with JP sub and without are a little different. There are pros-cons either way.

So after about 3 weeks of inconsistency because I had to travel to Japan to start work and trying to settle in, I am finally caught up with my WaniKani reviews and will start to consistently listen again. But I have still been actively inputting through my Japanese Teacher of English during classes and in conversations trying to understand people.

Now that you’re in Japan, I highly recommend Japanese Netflix for listening practice! I started with pokemon, but they’ve got a lot.

I’m glad you’re settling in, don’t let the JTEs boss you around too much

Yes I rewatched an episode of Cherry Magic although only being able to understand 5% of a whole show is frustrating.

Im just assisting so I dont let anything get to me on the teaching side lol.

It seems to be bad, or at least inefficient, for learning, to listen to something without understanding much. (Above some threshold, perhaps.) So, I put HUNTER x HUNTER (no sub) on hold for now. Also, I still need to catch up on reading manga version Vol.5. (Well, almost catched up.)

Most obvious thing about learning values would be vocabularies and Kanji…

I have another series to watch with JP sub – yurucamp S1. Comparing with かぐや様は告らせたい S3 (also with JP sub), I need to look up less vocab for the former. Anyway, I hope to finish the series, and Kaguya is at Ep.9 (of 13), and yurucamp is at Ep.3 (of 12); so Kaguya seems like a better choice.

The first episode of Pokemon is about 60% pokemon noises, so that’s pretty easy to understand

I watched Cherry Magic on repeat for the entirety of my recent quarantine, and now I understand about 95%, I’m practically fluent in the language of Cherry Magic. I find myself saying 魔法使い randomly in my dreams lol