AM I THE ONLY ONE who likes videogames? Obviously not, so here’s a thread to talk about it now!
More specifically, games played in japanese. If there is enough interest surrounding the topic, we could think of something along the lines of a book club, but for games, who knows? But for now, I though we could exchange recommendations/mini reviews of games to be played in japanese.

I’ll post a template here, which we could use to keep things organized. I’d recommend posting a separate comment for each game, to make reply chains easier to follow.

GAME: Piku Niku
PLATFORM: all of them lol
PRICE: 12,99 on steam or switch e-shop
GENRE: Puzzle Platformer
LEVEL: N4
REVIEW: Really fun, but pretty short. Plenty of dialogue, but in short bursts, and simple language. There was pretty much no kanji, which makes it a lot less frustrating for beginners, and makes it easier to look stuff up in a dictionary. Highly recommended for beginners, or people who just want a silly/funny game to play, in japanese or not. 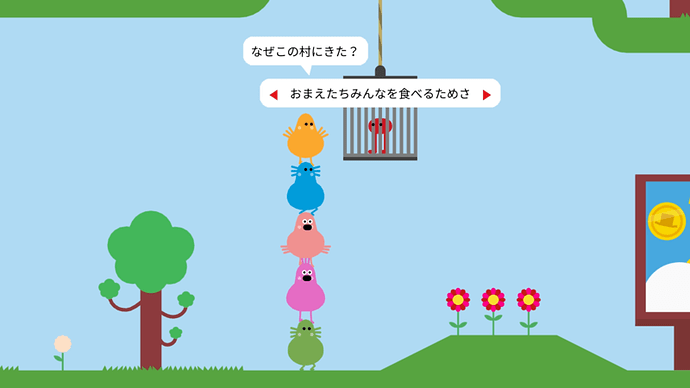 GAME: DELTARUNE chapter 1
PLATFORM: All of them
PRICE: Free
GENRE: RPG/story driven
LEVEL: N3-4
REVIEW: Lots of dialogue here. If you are familiar with these kinds of games, you’ll know it’s mostly an interactive story, so expect to spend a lot of time reading. The japanese itself is actually pretty simple, and the biggest challenge to me was the abundance of colloquial terms and structures. There is a modest amount of Kanji, they don’t use it for every single word possible, but you’ll see plenty. One caveat is the font used is kind of pixelated, so it takes some getting used to, specially when trying to decypher more complicated Kanji. 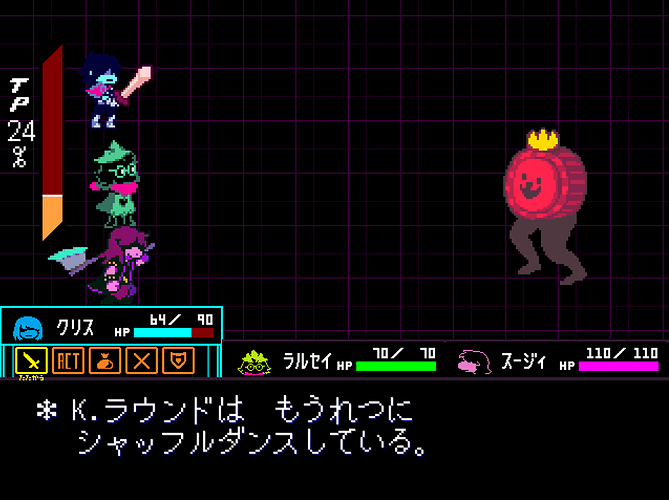 GAME: UNREAL LIFE
PLATFORM: Steam, Switch
PRICE: $19.99
GENRE: Story-rich, adventure
LEVEL: Not sure, but I’d guess around N4?
REVIEW: A pixel indie game that has a very captivating and emotional story. It has some gameplay for some puzzles, but it mainly is a lot of reading. It looks absolutely beautiful despite being pixel art. As for it’s Japanese, I’d say it’s on the easier side. Highly recommend the game! It’s about 8 hours long for the average player. 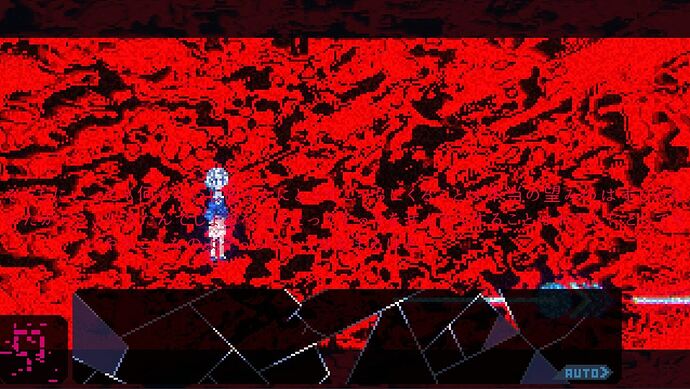 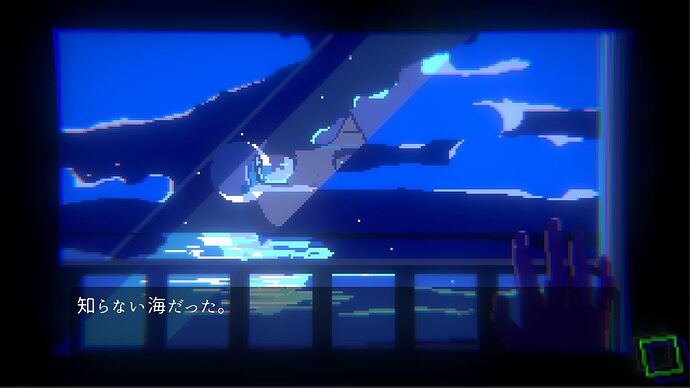 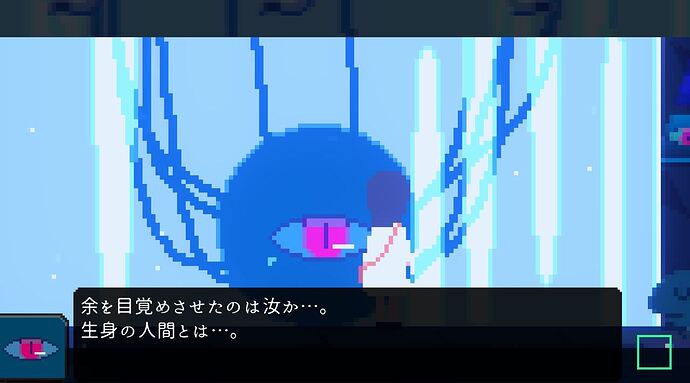 GAME: Eastward
PLATFORM: Switch, Steam
PRICE: $24.99
GENRE: RPG/Story-driven
LEVEL: N3
REVIEW: Such a fun game. It’s a story about a girl and her adopted father-figure who live underground after the apocolypse. They go on a journey to travel east and finally see the sun for the first time.

If you’re feeling nostalgic about old RPG games where your party goes on a journey through beautiful places, this is it. The story is really well done, I love the characters, the whole thing is well drawn and thought out. I’m at the N2-N3 level and I’m having no trouble playing it at all. I still have to look things up all the time, but it’s at a level where I can play a couple hours and not feel braindead. It’s super motivating to play! 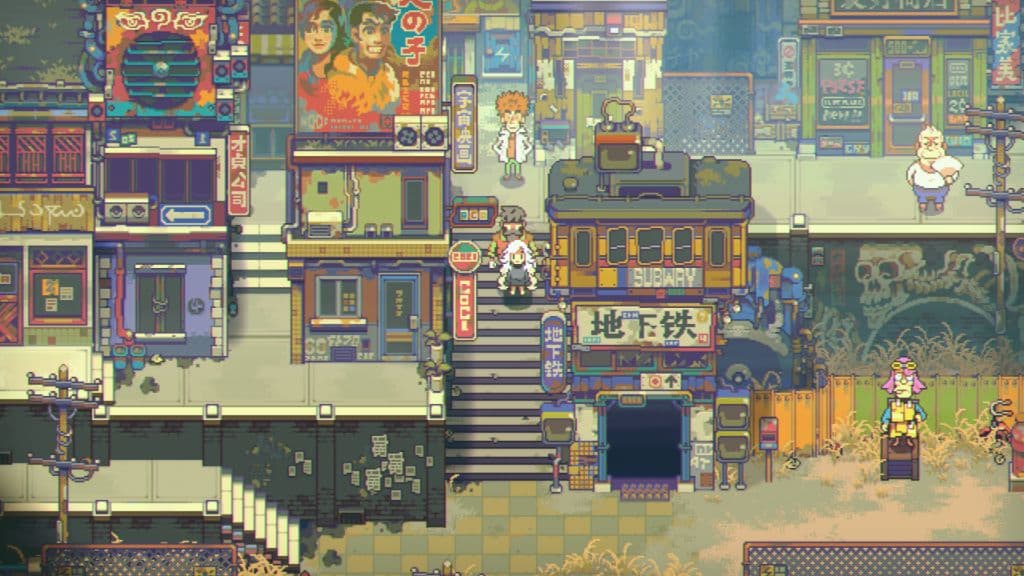 Can people add a picture too? It will make it so that we can see a snapshot of the game and get a feel for it. Also it’ll make it easy to differentiate the game recommendations from our discussions. <3

Also I love this idea. I’m here for it. I’d join a video game club.

GAME: Yo-Kai Watch
PLATFORM: Switch (Japanese)
PRICE: $57.90 when I bought it
GENRE: RPG/Story-driven
LEVEL: N4
REVIEW: You’re a small boy/girl living in a cute Japanese town. One day you find a Yo-Kai watch and have the ability to see all the spirits around you. You start to befriend them, but something mysterious is starts happening in your town.

When I bought this game, I had to create a Japanese Switch account to play it. This was a good starter game. The world is very cute, the illustrations are beautifully done, and the story can be interesting at points. It feels somewhat similar to Pokemon, but also not. I ended up not finishing it because the target audience was much younger than me, and I couldn’t maintain interest. But I did play nearly halfway through and had a fun time with it. 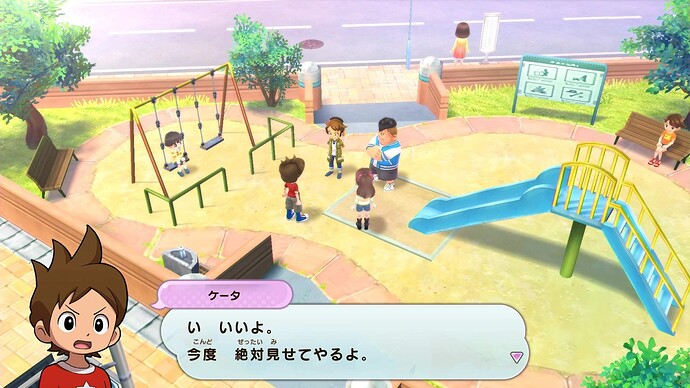 Additional note about this game is that you can make it display both English & Japanese dialogue simultaneously. It’s not a direct translation and sometimes the dialogue bubbles won’t be aligned due to the differences in sentence structure…but it can be helpful for those intimidated to go into it entirely in japanese.

GAME: Will: A Wonderful World
PLATFORM: Steam, Switch (Japanese)
PRICE: $14.99
GENRE: Puzzle/Story-driven
LEVEL: N1/N2
REVIEW: You wake up without any memories and find out that you are a god who reads letters from humans in trouble. They write to you in their time of need. You find that you can swap sentence order around and move sentences from one letter to another to change the past and help people.

A LOT OF READING. You also need a Japanese Switch account for this one, too. Or play it on Steam. I only made it through 3 scenarios before my brain died on me. Would be great reading practice for someone at a N1 or N2 level though. It seems like the puzzles will get harder and become really satisfying as the game goes on. I intend to go back once I’m a higher level in WK. 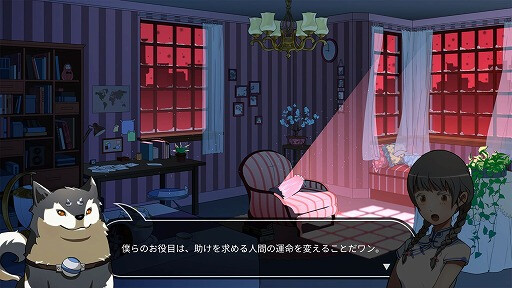 GAME: Chain Chronicle
PLATFORM: Mobile
PRICE: $0
GENRE: Tower Defense JRPG, heavily story-driven
LEVEL: N2. I was able to piece apart things extremely slowly when I was around upper N5/lower N4, relying a lot on OCR for the kanji. It will be a huge slog if you haven’t gotten far in WK
REVIEW: This game is several years old but seems to still be going strong (I still get e-mails about it). They constantly make new story lines and have a “sequel” within the game with new protagonists. You’ll have reading content for over a year. There used to be an English version, but got shut down a few years ago.

Anyways, you are Yuuri, a member of the Volunteer Army accompanied by a pixie named Pirika and are set off to kill monsters that havoc the land known as “The Black Army” with the rest of your main Volunteers (Kain, Marina, and… archer girl sorry I forgot who you were!) The Black Army’s existence is a mystery, and so is this girl named Phoena who you found laying around passed out with amnesia. She has weird clothing, as if she were from a frozen wasteland and she holds tightly onto a mysterious book called the Chain Chronicle which has mysterious powers. Yuuri, Pirika, Phoena, and the rest of the Volunteers (that you recruit from Gacha of course and meet through your travels) set off to vanquish the Black Army and uncover the secrets behind them and Phoena’s origin.

There is an anime movie too on CR, but it’s on an alternate timeline, if Yuuri took x route instead of what happened in the game. 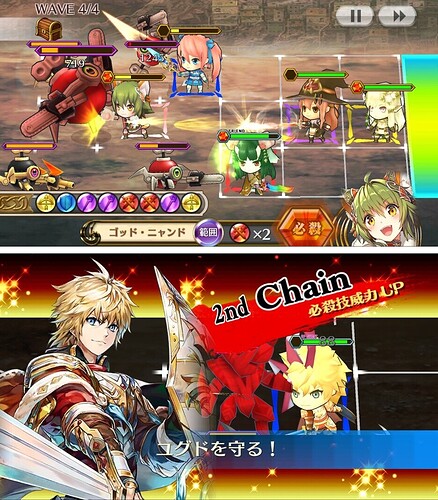 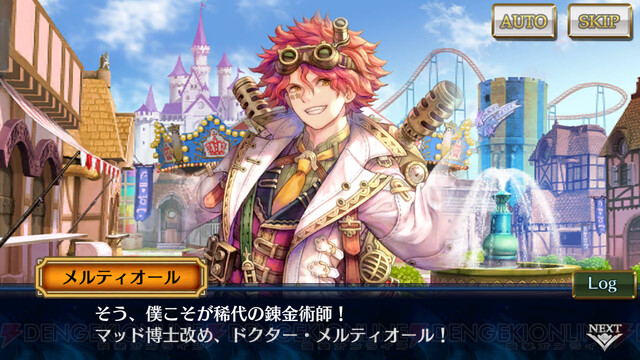 It looks super dated compared to most mobile games, but the importance for us is reading and understanding! There are an extreme amount of chapters, storylines, etc. Each gacha character has their own storyline and there are hundreds! And plus it is all free, just need a JP store account.

I’m actually considering maybe getting back to this game again, it’s been so long. Just hope I remember my store account and if I saved my game ID somewhere, otherwise my years of game progress are screwed lol.

Yeah! I ended up choosing to display japanese subtitles, which made the same text appear twice, but the added extra subtitles came in a much easier font to read kanji, at least for me.

Looks really interesting. Getting the horror game vibes from it, does it have jumpscares, etc?

This thread is awesome! I will look forward to coming back when I have more vocab under my belt.

I’ve really had my eye on Eastward, but it never actually occurred to me to try it in Japanese. I have to ask – this probably goes without saying since you posted the game and didn’t mention it, but to your knowledge, did the Japanese strike you as being natural and whatnot? I’m wary of practicing with games that weren’t originally Japanese; I hear people use things like Stardew Valley frequently but then there seem to be a lot of reports of errors in that game, like characters randomly switching gendered speech styles and stuff.

Then again, Eastward was made by Chinese devs, so English probably isn’t its original language either, heh.

Yeah I understand your hesitancy there. I thought about that when I first started playing SV in Japanese, some if it didn’t sound natural. I didn’t play it very much though since I’d already played it so much in English.

I’m not fluent in Japanese, so I don’t know enough to say if it’s natural or not. It seems alright as far as I can tell, though.

Dang it, I got my Game ID but I never stored the password to it anywhere… RIP. Time to start the adventure anew.

Super bummed though since I went so far and had so many maxed characters/collab stuff.

Then again, Eastward was made by Chinese devs, so English probably isn’t its original language either, heh.

That depends how well they’re able to outsource to Japanese contractors, right? I know that Korean and Chinese studios for instance often hire Japanese VAs (even the higher tier ones) to do the voice-overs so who knows, maybe they also pay some attention to translations.

I don’t think I’m nearly at the level of recognizing wether it sounds natural or not lol. But for what it’s worth, I think they probably did a pretty good job in translating, since the reviews in japanese websites are pretty favourable 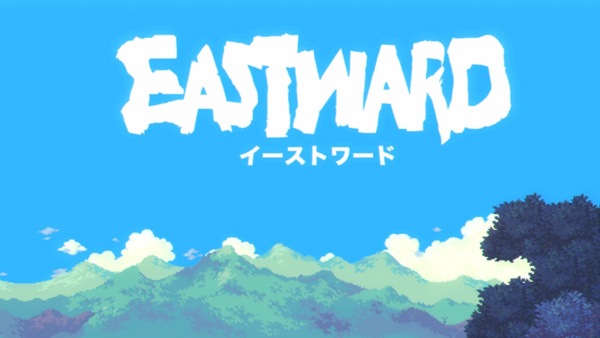