Ha, I struggled with the same sentence! It made more sense once I figured out that A ことに B is a grammar point , where A (often) expresses an emotion caused by B.

Thanks for pointing out that grammar point, I didn’t know about it.

Also, 4つめ is ‘the fourth’, because 目 can be used as an ordinal number suffix.

I should have imagined that め was 目 . It didn’t occur to me this sentence would use ordinal numbering.

おる is sometimes used instead of いる. It is the humble form, but is also used in some dialects and to denote arrogance.

Thanks for this one too, definately didn’t know about it.

I think I’m way ahead, but still following here.

How is everybody liking the pace?

I took a while before I realised why they kept referring to よい子. They’re breaking the fourth wall and referring to their young readers. They want to make sure they won’t imitate any bad behaviour.

The old lady looks like she’s called パオズ which means bao bun. Which is funny because she looks a bit like one…

Hmmm, I’ve tried to change the home thread and first post of this thread to include a link to this post, but it won’t let me. It says I can’t change a poll after 5 minutes, even though I am leaving the poll alone and just adding a link

Does anybody know how to get around this?

I don’t know. I’ve never had that problem before when updating the opening post with links, even when there is a poll as part of the post. Like you say you are not touching the poll!

The meaning is in the spreadsheet

There are a few things I couldn’t make much of. I often struggle to figure out how the context/subtext determines the meaning of the Japanese. 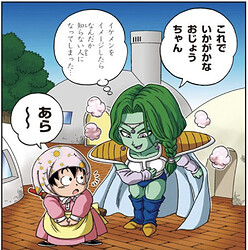 “When taking on the image of a handsome man, I have become somewhat of a stranger”…? Doe she mean he is no longer recognisable? Doesn’t that go without saying? 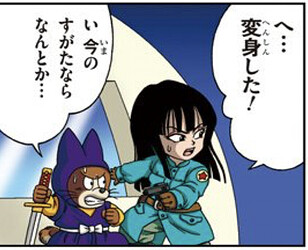 What are we supposed to supply here…? 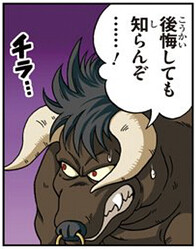 I think for the first panel, it means „I become a stranger to myself“.

I hope you don’t mind someone from outside the book club chiming in.

I haven’t read this specific Dragon Ball manga, but that must be the part where Oolong is kidnapping girls, right? I think in the first panel, the author had Oolong go out of his way to mention 知らない人になってしまった since there’s no way Oolong would know who Zarbon is, and that form probably isn’t exactly what he was going for. In the original manga he just transforms into a generic attractive guy, so I see it as emphasis on the fact that he’s turning into a character that a lot of readers might recognize even though that character hasn’t been introduced yet. So more than anything it’s kind of a fourth wall break to accentuate this gag that’s referencing another story arc.

For the second one, assuming you’re talking about the ellipsis, I think he’s trailing off saying something like 何とかしなきゃ or one of its variants, as in “i/we gotta do something.” So the full sentence might have a nuance like “we gotta do something, while he’s in his current form.”

For the last one I think it’s important to mention that 知らない can sometimes have this nuance of something like “I don’t care” or “that has nothing to do with me.” I can’t explain it well, but on jisho.org you’ll see that the entry for 知らない includes “i don’t care” or “that’s irrelevant” as translations. So you could interpret that sentence as “Even if you regret it, it doesn’t matter to me.” Xても知らない is an expression that’s commonly translated as “don’t come crying to me if you X” or “don’t say I didn’t warn you.”

At least I’m pretty sure that’s what those mean. Someone can correct me if I’m wrong.

Awesome explanations, thanks a lot!

Hmmm, I’ve tried to change the home thread and first post of this thread to include a link to this post, but it won’t let me. It says I can’t change a poll after 5 minutes, even though I am leaving the poll alone and just adding a link

Does anybody know how to get around this?

I had the same problem with the Shimeji thread last week, and it still won’t let me edit it. If anybody does know what the problem is I’d love to know!

We started with a ramp-up schedule and are due to speed up the reading after this week. I’ve noticed that there has been a significant drop off of members, so it might be good to have another vote to see if public opinion has shifted.

What would be your ideal reading speed?

A cheeky question, just in time before I announce next chapter’s discussion 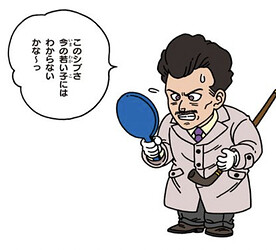 What meaning of 渋さ is this? I imagine it’s another one of those in-jokes for those who are already familiar with Dragon Ball?

Well, the people have spoken! We’ll switch to a 1-chapter-per-week schedule:

I’d love to add the new schedule to the Home Thread and the first post of this thread, but there is still a bug that causes me to be unable to change posts with a poll in them. The folks over at the Discourse Discourse are having a look at it, so I hope it will be fixed soon.

So without further ado… 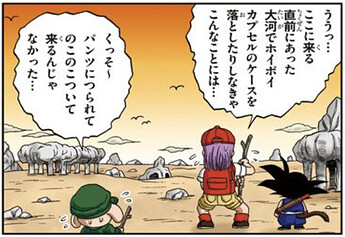 What do you reckon we should supply after こんなことには? 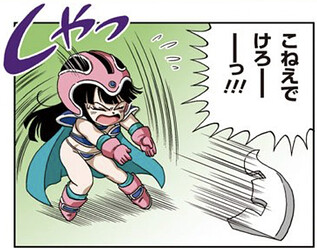 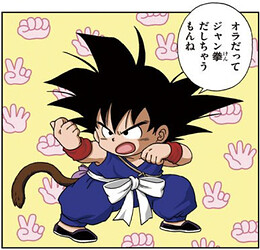 What does もん do here? I thought it could be this grammar point but I am not sure ‘because’ makes sense in this context?

Does はたして add a sort of ‘or will they…?!’ to the previous bit of the sentence, or does it mean something else entirely?

Hey, some wild guesses I have about those:

Quite a long shot here to be honest.

Page 55
Could this be 物 ? We know young Goku speaks in his own special way. So he might be saying something like:

Page 63
I think it’s trying to say something like: “it is expected” (they’ll arrive at Frying Pan mountain)

What does もん do here?

I thought the same as Shisckatchegg for this one.

I looked in a translation of the original manga where she talks in a bit like a cowboy/redneck - so maybe she is speaking a dialect in Japanese?

This panel is exactly the same as a panel in chapter 11 of the original manga. I’m guessing the first part of the sentence is これで, and the second part is from 来る, maybe the negative imperative 来るな? 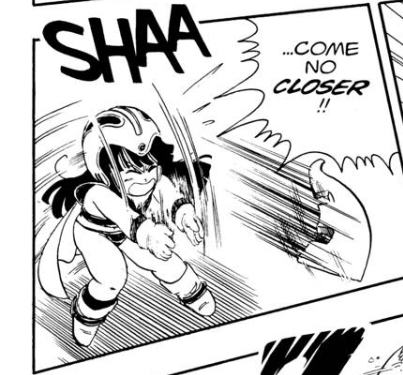 I think it’s Tohokuben. Some characteristics:

I also think そっただ is そんな, but I couldn’t find a great source for that.