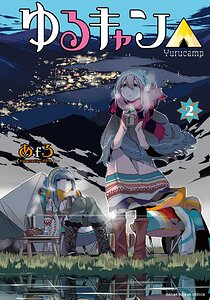 Editing Guide When to add an entry If you are reasonably confident of the word itself and the appropriate translation for the context, go for it! Please don't add words if you are unsure; this can cause a lot of confusion for other readers. Try...

There are participation polls throughout this discussion thread for each chapter

Perfect, thank you! I forgot that I’d be making it a wiki anyway, which might have helped

Ah, that makes more sense though - I was going based on how the chapters were separated in volume one, but it seemed unlikely that they were consistently either 25 or 23 pages long. Even the 24s are a surprise after the incredible consistency of the first volume, frankly

There’s the full page title/picture page (helpfully on the second page of each chapter)…and the 25’s additionally have an omake.

I’m looking forward to reading this! Sadly I can only read this book, since Kiki would go through the exam phase so I didn’t wanna overdo things

Since I already have the book and I’m gonna have a bit more free time for the next week, I might try to fill out the vocab sheet for a bit.

So the sheet for the chapter 7 is finished, again thanks to @LucidBoi, since he filled out the things I didn’t know!
I’m gonna try to fill out the sheets for chapter 8 (and maybe ch.9) this week/weekend aswell.

So, here we go! A bit early (don’t panic!) as I like to post organization threads (?) on Friday evening rather than Saturday morning. That way I can just enjoy reading while having my morning coffee rather than worrying about the forum. Anyway.

I choose not to believe it is that time already

I time not to choose that it is that belief already

I imagine most of you have already bought at least our present volume, but volume 2 and 3 are currently on sale on bookwalker for 77 yen.

For those who do not know speed limits in Japan, a scooter isn’t supposed to go faster than 30 km per hour. So, assuming no traffic lights and the like (unlikely in Japan!) 40 km is more than one hour of ride and 150 about 5 hours.

p14 was probably my favourite…

I want to try making 温玉揚げ!!

Nadeshiko and them literally don’t move an inch this chapter, so I don’t need to worry about them. I’ve already shared their location.

That said, the Hottarakashi Onsen supposedly has two baths, imaginatively named こっちの湯 (“this bath”) and あっちの湯 (“that bath”). The one shown here is あっちの湯 (though named here あちちの湯, which I guess is… “ah, hot!” bath?) I have not, for the life of me, been able to find the location of こっちの湯 on Google Maps anywhere. Well, no, to be more accurate, Google says it’s right there next to あっちの湯, except it doesn’t show on any photos… though that’s quite possibly because あっちの湯 is the far more picturesque of the two. I rather want to visit here…

As for Rin… the sign she passes on page 10 is located here (and heh, the first photo of it on Google Maps is captioned “しまりんの高ボッチ高原入り口”). She celebrates having driven 150km somewhere around here. The sign she finds pointing the way towards an onsen is here.

In real life, the sign points towards Yakushidaira Akane-Juku, and in the drama, that’s exactly where she goes. The building here in the manga doesn’t quite resemble it, though, so I’m not entirely sure where the inspiration for those panels is.

I’m having trouble finding precisely where she is on page 16 - I’m pretty sure it’s here, but the stone rosette she’s standing by doesn’t seem to exist on Google maps (there’s one here, but it doesn’t look at all the same). Either way, afterwards, she crosses the road to here and then climbs up to this marker here, and from there, she can see the view over Lake Suwa (and until this moment, I always thought she was looking west over Matsumoto… though I guess there’s no lake in that direction, is there?)

She then returns to here for about three panels, then goes… somewhere else… to make dinner. There’s no particular defining features of where she is in the last few pages except that the radio tower is directly behind her when she pulls off the road, so perhaps she’s back where she was on page 16…

On a side note, I’ve noticed in general the manga and anime are reluctant to use the real names of locations that the drama is perfectly happy to show. I mean, I guess it’s harder to diguise it in real footage, but is there some kind of copyright law that applies to drawings and not video? I also noticed while reading Ramen Daisuki Koizumi-san, in the manga, conveniently-placed lens flares and such would obscure company names and logos (though they’re still recognisable if you know what they are), but in the drama, they would not only refer to restaurants explicitly by name, but even give their exact locations - like “This is the Ramen Jiro branch in Azabu-Juban” or whatever.

But, for my own comments:

Ooo, hot springs episode. Fanservice. The anime even has a slightly clearer shot of Aoi in her underthings. Unsurprisingly, the drama does not.

(Though, the drama does still include the bath scene itself, which surprised me a little.)

Page 5, someone’s added 位 to the spreadsheet as い, but I’d like to posit that it’s actually representing くらい／ぐらい

Page 16, Google’s suggesting that 踏んだり蹴ったり is something like “adding insult to injury”, but why, though?

For those who do not know speed limits in Japan, a scooter isn’t supposed to go faster than 30 km per hour.

Well, that explains why everyone keeps going “150km! That’s so far!”

Oo, if you do let us know how it goes! I wanna make Rin’s little one-pot soup next week!

It looks like there is no lack of Yurucamp cooking tutorials on youtube. My friend makes a very similar looking dish to the 温玉揚げ…I wonder if that’s where he got the inspiration from. I saw one youtube video using soft boiled eggs and another using frozen eggs–I would try the former method.

If I’m understanding what I’m seeing about these dishes correctly, I’m surprised to see that it doesn’t look like 温玉揚げ are actually made much at all like 温泉卵. The former seem to have cooked whites and soft yolks, whereas the latter are cooked at a lower temperature than the whites firm up at and actually have firmer yolks and soft whites.

I really enjoy feeling compelled to research my posts for the book club.

Just making sure, we’re not doing separate threads this time? I should post questions about week 1 in here?