It’s some kind of leech count. I think it’s better if @seanblue answered this. I don’t actually use the script

And in the bottom rhs a grey box with 73 - what is this figure?

This is the number of leeches you have. Which is to say, the number of items you keep getting wrong over and over again and just won’t stick.

The formula used is arbitrary, so it’s mostly useful as a relative metric. If it keeps going up that’s bad. If it goes down that’s good.

Many thanks @seanblue - that makes complete sense now, I’ll start keeping a diary note to see how I do

Thanks for the script! I do see value in seeing the total number of leeches.

Could you please confirm my understanding of this screenshot, though:

After reading through most of the above, I think I’ve got it right but would like to confirm. Please correct me if anything below is incorrect:

The number 37 (normally shown in gray, but shown in black in the larger font when hovering) is the current number of leeches in the Apprentice bucket.

So all three items in stage 1 are leeches, 14 of 50 in stage 3 are leeches, and 20 of 37 in stage 4 are leeches. In total, about a third (37/99) of the items in my Apprentice bucket are currently leeches (which is a little disheartening but sounds about right! :-).

Yep, you got everything right! It can definitely be disheartening to see that a high percentage of Apprentice items are leeches. But on the other hand, you can’t improve your situation until you know what the problem is, so I think it’s better to know. Good luck!

Yep, you got everything right!

All that detailed breakdown actually made it a bit harder to understand. Personally, I don’t see much value in the breakdown by stage (nor the breakdown by radical/kanji/vocab, not that that has anything to do with your script).

Regardless, I’m hopeful that my leeches will eventually take care of themselves. Most are due to visually similar kanji (e.g.: 矢、失、夫) and homonyms (感心 vs 関心 being my current nemesis).

When I get surprised with a wrong answer or realize I keep seeing and failing the same item, I try to figure out why (the 似合い visually similar kanji script has proven invaluable). Usually, the solution is to make a new or additional mnemonic of some sort.

Thanks again for the script and the reply!

I’m curious about my one leech in the enlightened bucket:

How does that happen with only one stage in the enlightened bucket? I’ve not unburned anything that I’m aware of. Does an item’s “leechiness” stick around for a bit if you miss an item but later successfully move it to a subsequent stage?

If I’m using the self-study script correctly, the one item seems to be the vocabulary word 考える. Here are my stats for that word:

I’m trying (but failing) to understand the getLeechScore function logic in the script. I note the current streak (4) is only slightly less than the longest streak (5) for meaning.

Without digging into the exact formula, the total number of incorrect answers does matter. So if you get an answer wrong 100 times, and then get it right 7 times in a row to get it to Enlightened, it will probably still be considered a leech. I think your understanding of the formula from your example is fine. As you said, it’s just a heuristic, so it’s not going to be perfect.

Thanks for the quick reply!

In the main post of this thread there is a section that describes how the leech formula works if you are interested. This script will give you some visibility on what the leeches are. (Disclosure: I am the author of Item Inspector)

This is helpful. Thanks!

Yup, was the burned leeches. I didn’t know they’d be counted too. Thanks!

You can get the burned leeches out of Self-Study Quiz if you setup the SRS Level filter on top of Leech Training to exclude them. Just select all SRS Levels except burn.

Can I just say how glad I am that I finally found this?
I had the old unsupported script for so long without knowing why it didn’t work.

Thanks so much for making this @seanblue.

Where does the image on the bottom right come from? Is it Tohru? 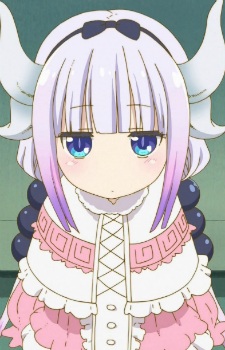 Looking for information on the anime or manga character Kanna Kamui? On MyAnimeList you can learn more about their role in the anime and manga industry.

It is from @Kumirei woah Burn script.

I mixed the names up, so embarrassing!