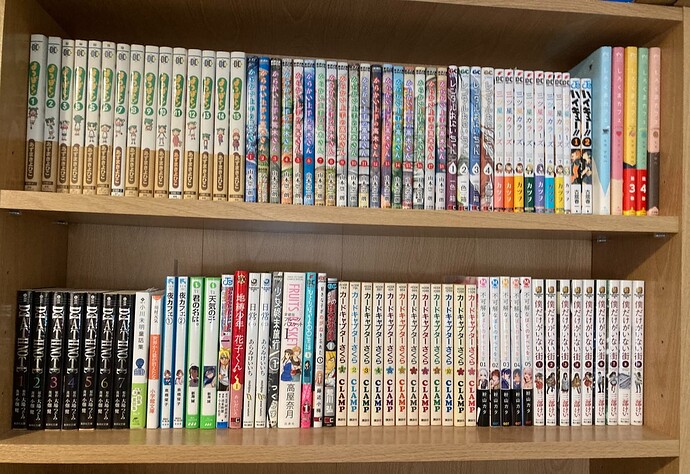 Goal for tomorrow: Start reading after breakfast - reviews and other stuff can wait.

Well done keeping at it for a whole(ish) year!

From what I can gather, the penalties for cyberbullying in Japan have been made more severe, with the fine being raised from 10,000 yen to 300,000 yen, and a maximum sentence of 1 year in prison. Also the lawyers are worried about it? Maybe something about being worried how the law will be interpreted or applied to certain situations?

Well… it happened. I finished AI: The Somnium Files and I feel empty inside now

This always happens, I’m like “oooh I’m almost done that’s exciting, I’ll definitely just be happy and emotionally fulfilled when it’s over!” and then I get there and I don’t feel like part of this world anymore lmao. Business as usual

But yeah AI was absolutely fantastic, everyone who’s talked about it was completely right, I loved it a lot and had many feelings

Reading-wise it was a total success too! There were rough spots here and there, but overall it was a comfortable read and I definitely felt the emotional impacts of all kinds, from horror to anguish to goofs

I finished in a little under 60 hours which certainly isn’t native speed but not bad either, especially with my incessant need to click on everything always haha. So yeah, fourth game under my belt? Feels pretty good

I’m excited to inevitably start something new! and play the sequel sometime once it comes out

I read 5 pages of 明日をくれた君に、光のラブレターを, finishing the prologue! Midzuki actually has two friends: Kaito is her childhood friend since kindergarten, and she’s liked him for forever but has never thought about confessing since she didn’t want their relationship to change, and then around the beginning of their second year of high school, he and Ritsu started going out. Her childhood friend and her best friend… It seems Midzuki herself gave them the chance to start dating just by being around both of them all the time.

Every day after school, she sits at a window seat in the school library to watch Kaito at soccer practice. Since she found out he and Ritsu are dating 4 months ago, she’s always grabbed the same book to pretend to read: Natsume Souseki’s Kokoro. Today, she finds a letter addressed to her between its pages…

I played about 9 hrs of DQXI throughout the day. Apparently it’s “supposed” to take 100 hrs if you complete all the side quests and stuff, but it’s definitely gonna take me longer than that. Probably in English, too. Actually, I should get my ENG copy out and see how many hours I have on it so far and see how far I’ve gotten; I know I’m on Act 2, but that’s it. Anyway, I got Veronica and Senya/Serena to join, completed Samady/Gallopolis and had Sylv join (including placing first in both the Bronze and Silver Cups! I don’t remember when Gold unlocks), and made it to the port city of Daharune. Faris is kind of annoying, but I also can’t help but kind of like him. 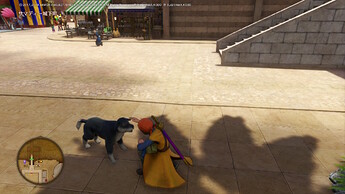 Going around petting all the dogs because Eight can’t (though, well, it doesn’t look all that much more like petting them than doing the punch pose with Eight lol). (Also just because I like petting dogs.)

I also finally remembered to pay attention to what the descriptive text says for the “finish” option with the Fun-Sized Forge, and it does not say that you douse the item in icy water. It just says water. Which, yeah, is still bad (especially for the weapons; you should be definitely be quenching those in warm oil), but icy water is just bad for everything. More than bad. It’s a wonder none of the stuff El makes ever breaks.