Listening Practice 🎧 What do you listen to for Japanese practice?

You’re my savoir! You made out so much more than me!

I mostly got his talk about how me makes the filling for the gyoza, mostly since I know about how it’s done. You mix veggies and mince. But why it would take several days is still strange to me.

It never does for anyone else. Hours yes, but days?

Maybe he’s actually first talking about the big pot boiling away with the meat, creating a stock?

that could indeed take a day to make, reducing that down. And yeah, sifting it out using a fine cloth to get all the impurities. They do this with ordinary ramen stock as well, and there is indeed squeezing involved then.

With your rough map of what he said, I’m giving it another go today. With a fresh brain and ears!

But then he continues understandably again: Previously they did not have noodles, but then they wrapped noodle dough around it.

Yes, this is very hard to get. Just before he mentioned the use of noodles in the filling, there’s some more dialectal phrases for sure. Maybe Osaka-ben? It’s a unique drawl. But, yeah, no matter how many times i try to relisten. I just can’t parse it.

But, I think a customer made the suggestion to add the noodles, and so that’s the route they took.

He might be mentioning something about cooked rice “gohan” before that??

Just before he mentioned the use of noodles in the filling

Oh yea that’s a good call, I thought he talked about the wrapping

He said かける which can mean so much, but adding noodles to the filling would indeed make more sense.

But, I think a customer made the suggestion to add the noodles, and to that’s they route they took.

That’s very well possible, I thought he had said something about who came up with this, but I was too lazy to listen more than once or twice, so I didn’t catch that fully.

He might be mentioning something about cooked rice “gohan” before that??

Haven’t noticed that, but that doesn’t mean anything of course

Not sure if it was mentioned already, I searched for some of the URLs in this thread, but nothing showed up, so…

ちーにゃチャンネル on YT has a fun short (5-10min) video series (100+) called パンダ家族の日常
It’s made in the Animal Crossing game (though I always wonder how they make the villagers do what they want like that, but I haven’t really played New Horizons)

Quite easy, every day language. Some of the higher pitched voices can get a bit annoying though.

Comedy is one of the hardest points to learn in any language. So, I’ve heard. And I can’t disagree.

I was again looking for some nice relaxing cooking, but found this inexplicable gem of a restaurant that lets comedians do part-time work to allow them to launch their career!

So, there’s the main chef and then different comedians do the assistant chef tasks.

In any case, there’s plenty of casual conversation to practice some listening comprehension and if you understand the jokes!

I will update the top post as I think of good resources that are particularly good for listening practice.

Probably the most regularly updated content I can think of is this guy’s channel: 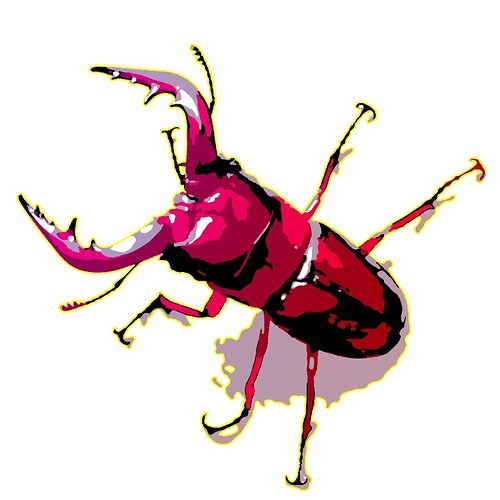 My only concern is that he edits all of his videos to remove all of the natural speaking pauses (uhms and errs). What’s left is reasonably well enunciated, and the content is excellent, but it’s quite dense and moves at a very fast clip.

Japanese beginners like myself will want to keep their fingers over the pause button. And there is no shame in slowing it down to 3/4 speed.

Note that has a fair bit of specialized vocabulary. For one, Japanese carpenters use slopes () rather than angles (a rise over a run, rather than degrees). They call the three sides of a right triangle the (the rise), (the run), and the “mystery cord” that connects them. (I’m attempting to maintain my own list of specialized terms on kitsun.)

As an example, here’s his latest post in a fascinating series explaining in detail how to create a model showing off traditional Japanese roof joinery:

(I plan to eventually follow that series from beginning to end and write about my experience in English on my own blog.)

My only concern is that he edits all of his videos to remove all of the natural speaking pauses (uhms and errs). What’s left is reasonably well enunciated, and the content is excellent, but it’s quite dense and moves at a very fast clip.

Sad to hear it’s not just retakes he does. I feel like, it might be a teaching tool for how - unnatural but still legible language is used perhaps!

If you add it to the Wiki, make sure it’s an exercise of sorts in how to understand strangely edited Japanese. Make it clear to anyone clicking the link what they’ll get and it’s a resource to me.

If more complex listening exercises appears, it might be tempting to make it’s own subheading and similar headlines are an assumed general listening advise.

I think this is getting more common with YouTube videos in general. He just seems a little gung-ho about it.

I’ll make a note, but it’s not THAT hard to understand. He just removes pretty much every gap between separate thoughts. If you are still trying to parse what he just said, you’ll miss the next thing he’s onto…

I guess, it just makes more sense for anyone wanting a challenge! XD

Thanks for adding it to the Wiki!

I’ve been consistently watching Terrace House for about 5 months (only time for a couple of episodes on a weekend) because I love it! I think the key is compelling interesting and comprehensible inputs. You have to enjoy what you’re watching/listening to.

I find Terrace House talks alot about basic everyday things like food, small chat, weather etc which is accessible if you know your basic grammar.

I also enjoy old enough every now and then!

I’ll add it to the wiki, if you already didn’t, but please add any note you wanna make about the series in short terms! Thanks for sharing the tip! <3

God, I can’t stand this kind of editing in any language

You should really practice speaking a bit more if you can’t utter two words without having to take a cut. Incredibly jarring to watch.

And I’m saying this as a person who regularly puts videos\podcasts on 1,5-2x and uses smart speed on podcasts to remove silence.