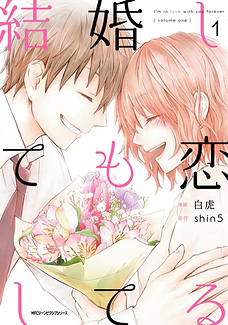 Editing Guide Make sure to use unformatted text by double clicking into a cell before pasting. (or click on cell, press Shift + Crtl + V) Try not to include the same word (with the...

Mark your participation status by voting in this poll.

てよかった means “I’m glad that…” (I learned that yesterday!) (EDIT - thanks for spotting the typo @marcusp)

So the whole sentence maybe means:

I become glad that I fell in love with you however many times I think about it?

Hmmm I might be wrong but my understanding is a bit different.

なって => I believe this is actually the な sentence ending particle (a softer version of ね) ; followed by って, the informal quotation particle. So basically, we have an inner sentence that looks like:

Wow I wouldn’t have thought to break it down that way. Thanks!

Does someone know which (anime?) character (monster? creature?) is being referenced by the censored name in this dialogue? I don’t think I recognize it… (Page 76) 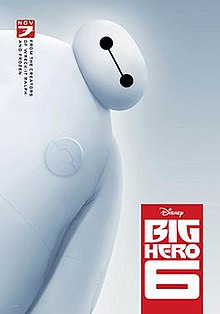 Oh, thank you. Wasn’t familiar with that one

Do you mean てよかった? ie て良かった? Or am I completely off-track as usual?

Cheers @Micki! And was that you just now adding some words to the wordlist? Thank you!

It was! Given up for now after 10 minutes reading about chatter marks and still not understanding this sentence:

I… don’t quite know what that means for the original sentence, though. A narcissist who is sometimes afraid of injuries?

On a side note, I went to go see the winter illuminations along the Meguro River when I was there in December 2017. Noone was singing carols, though…

I haven’t read the material yet, but a Google image search for “ビビリな” turns up a whole bunch of photos of cats. I approve.

If it’s used as a noun it means a person who gets surprised/scared easily, but it’s a slang word

It’s being used as an adjective here, but I figured it was worth including that response.

So, apparently looking up びびる (verb) would have been the key to finding the meaning, which Wiktionary presents as ビビる (a spelling my IME uses when typing びびる and then pressing the spacebar).

Thanks both of you for those helpful posts!

So with those translations of ビビリ I think we now understand that this comment about Mr Rumba refers to the story on page 47-48:

I just finished reading to the end of chapter 4. Enough for today, haha. There were quite a few words which I recently unlocked on WaniKani, eg. 期間, 時期 or even 駅前 It’s really cool seeing them in action short after.

On page 63 (I guess?) where shin5 is running away… I don’t fully grasp why. As far as I understand, the boss asks if they want to go to the illumination event after the next transfer? And shin5 denies and says he needs to use the bathroom and they don’t need to follow him. He then just runs away because the boss was about to follow?

On page 65 is this long ass sentence which ends on page 66 I think…
The part on page 65: ウキウキ期間の妻の提案でクリスマス当日はクリスマスソングの生演奏が響き渡る中で家族そろって楽しく過ごすはずが (I hope I didn’t typo lol)

I think I get part of the gist, but…
ウキウキ - cheerful
期間 - time
の - possession particle
妻 - wife
の - possession particle
提案 - suggestion
でクリスマス - christmas
当日 - appointed day?
は - topic marker
クリスマスソングの生演奏 - christmas song live performance
が響き渡る中 - ← I don’t get this at all, what is the naka doing?
で家族そろって楽しく過ごす - spending fun time with the whole family
はずが - ← I have no idea
my take would be something alone the lines of “My cheerful wife’s suggestion to go to christmas singing should be a fun time to spend with the whole family” (I’m bad at literally translating especially when I don’t get parts of it, but this is at least the gist of what I guess it could mean)

Pls help. This sentence is so long and it gets longer the more I try to make sense out of it. x)

And shin5 denies and says he needs to use the bathroom and they don’t need to follow him. He then just runs away because the boss was about to follow?

I read the line as, I’m going to the bathroom, and I’ll follow (catch up with you) after, (to which the boss says yeah, let’s go!). That transitions to Mr. Rumba saying to not run away, and then…

Ahh, yes. That makes a lot more sense now that I reread the sentence and realized the 後から… thanks!

By the way, the spelling is Roomba. It’s a brand name, you see. Rumba is a music style. The character’s actual name is Banba, so that’s also an option.

The character’s name is “Shingo”. “shin5” is the author’s Twitter handle (and yeah, I know it’s semi-autobiographical, so technically Shingo is shin5, but it’s still Shingo in real life).

He then just runs away because the boss was about to follow?

He runs away because he’s not socially able to refuse his boss’ invite, but in reality he wants to get home to his family. The implication is “Sure, I’ll come with you. I just need to go to the bathroom first - don’t wait up” with the intention of running away once he’s out of their sight, but they know the bathroom is a ploy to run away, and don’t let him go. So he just runs away anyway.

… I’ve got 気分 here. Is your version different?

The actual day. Which is to say, Christmas Day itself.

The が a particle attached to the word before. 中 = during, while

While this is part of the sentence, there’s a dramatic pause before it. The furigana interpuncts hammer this point home (pun possibly intended). It’s はず = expectation + が = but.

Putting all the pieces together:

ウキウキ気分の妻の提案で = According to the proposal from my excited wife,
クリスマス当日は = on Christmas Day,
クリスマスソングの生演奏が響き渡る中で = while live performances of Christmas songs reverberate,
家族そろって楽しく過ごす = we’d have fun together as a family…
(dramatic pause)
はずが = … or so I thought, but…

毎年仕事の多忙期でクリスマス期間は = With Christmas being the busy time at work every year,
毎日始発で帰宅という事態 = my situation every day is that I’m coming home on the first train,
どうにかなりませんかね = so one way or another it can’t be helped.

(Don’t forget, as well as being the negative of なる, ならない is an expression.)

… I’ve got 気分 here. Is your version different?

It’s just me unable to copy the text correctly, sorry.

Ah, so this が is but… I thought it was the sentence object marker. How do I better spot which meaning is used? Context?

I wasn’t aware of this, thanks.

Putting all the pieces together:

Thanks, your whole post was a tremendous help! I will go over the sentence a couple more times with the help of your post. Much appreciated. =)

Ah, so this が is but… I thought it was the sentence object marker. How do I better spot which meaning is used? Context?

Well, aside from anything else, はず is not a sentence object.