I have been studying Japanese for a bit less than a year with a teacher and the Minna No Nihongo textbook. Writing topics down helps me remember any subject, so I decided to make some study cards for each chapter of said textbook.

These study cards follow how my teacher taught the lessons, so some specific topics are covered in earlier sections than what is found in the book. However these mostly stay true to the text.

I am new to Japanese, so the examples I came up with may be grammatically incorrect (and there also may be mistakes in the content itself). If you find any mistakes, please let me know so I can edit them.

I hope some of you can get use out of these! I plan on making study cards for all 50 chapters of the combined textbooks, so let me know if you are interested in those. 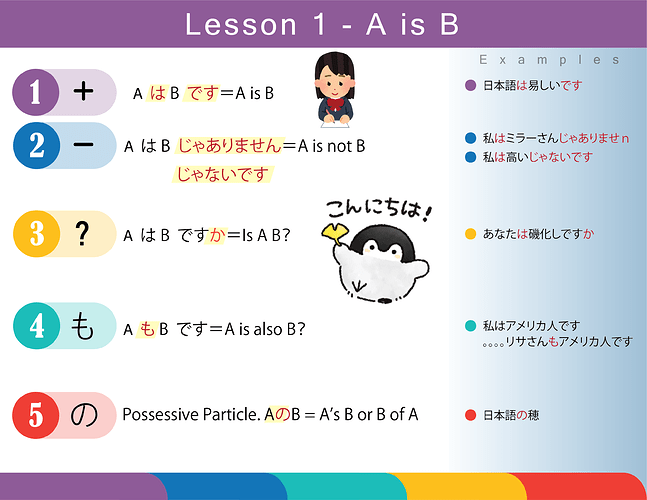 You got a rogue n in your second sentence, an extra ? in the も line, 高いじゃない is grammatically incorrect, were you trying to say 機化師? Doesn’t seem to be a thing. Although now I see you used 磯, so idk. Wait, 忙しい? That would be a funny mistake, haha. I think you meant 日本語の本, I was wondering what that kanji was.

If this is meant for beginners, you’d probably be better off adding furigana, or trying to stick to easier words. Otherwise, the presentation is pretty good, and you can see the effort. 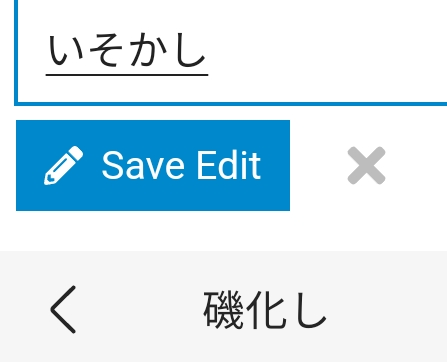 Would surely be interested in the rest, it’s extra resources for students. 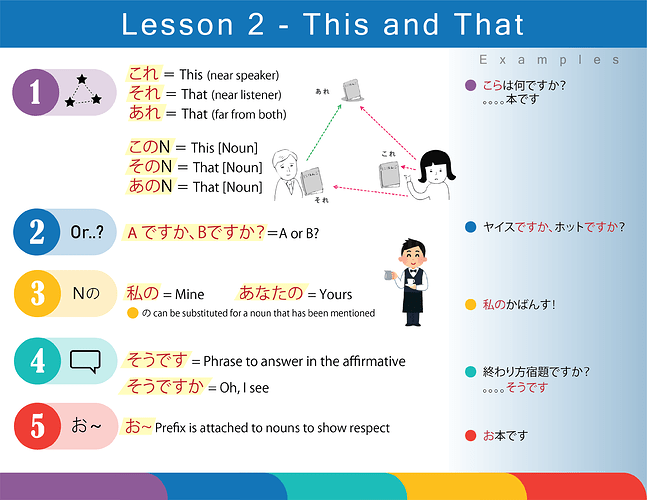 Point 5 - Actually, 本 generally takes ご as the formalising prefix rather than お. The rules about which word takes which can be a bit obscure - generally it’s ご with on’yomi and お with kun’yomi, but as per the standard in Japanese, all rules have exceptions. For beginners it’s generally wise to just stick with the words that routinely take the prefix, like お金 or ご飯, and not try to strike out on your own until you’re at the point where you’re starting to learn keigo. 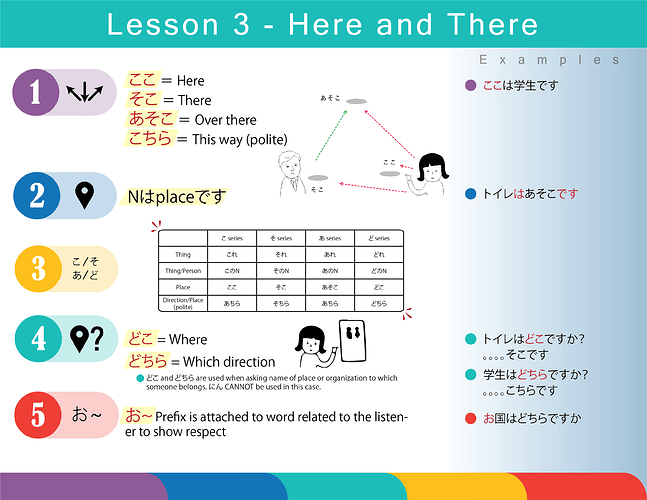 Point 4 - I’m a bit confused as to how or why you’d even consider using にん in this case. Perhaps you need a counter-example. 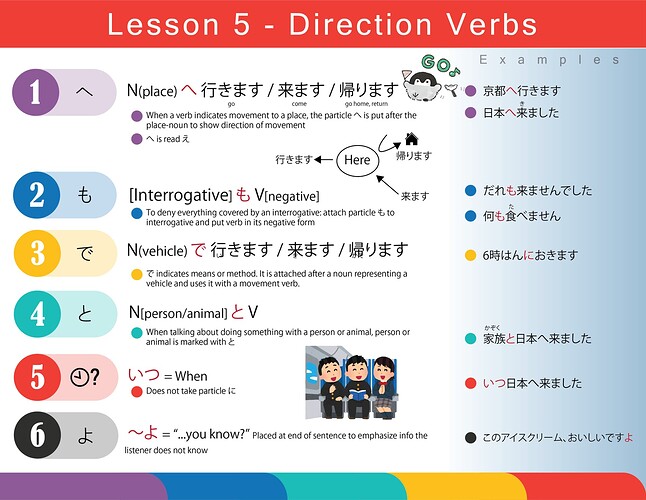 Point 3 uses the same example sentence from the previous card.

Point 4 example sentence should probably have a か

Thanks for finding that! I will change that and re-upload.

Wow! I made a lot of mistakes. I guess it is harder than I thought to find typos in a new language. Thanks for this. I will update them soon.

Also, does MNN 1 not cover/compare へ / に as direction particles? I haven’t cracked it open in awhile to check.

It’s worth noting because they can usually be interchangeable to describe traveling toward some place, but I don’t think へ can be used to describe a destination, or a nonphysical concept such as heading toward a goal or plan, or heading to do something (go to buy food - 食べ物を買いに行きます).

As usual I’m probably a bit off the mark, but I’ll never get corrected if I don’t make my misunderstandings public

Point 4 example sentence should probably have a か

There are questions in the book, but I don’t see why it’s better to make this sentence a question.

Ah, that was a typo. Should have been the example sentence in point 5.

Also, does MNN 1 not cover/compare へ / に as direction particles? I haven’t cracked it open in awhile to check.

It mostly uses へ, I think the most you get is saying they’re interchangeable, and then that you use に for 食べに行きます and similar.

へ can be used to describe a destination. 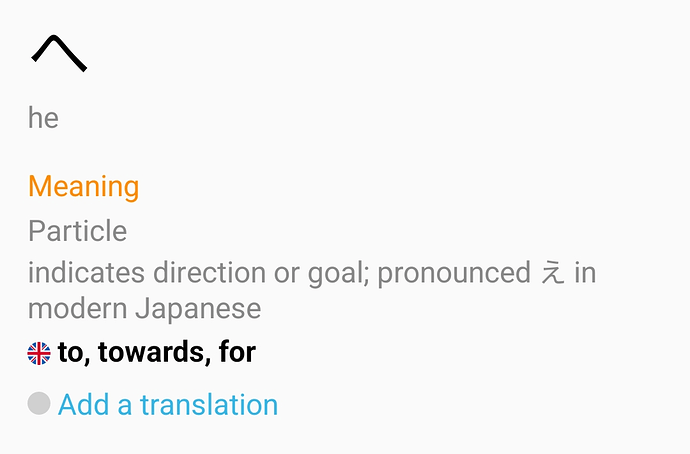 Your example sentence uses に particle as an example of で.

I think this was just a mistake with putting the wrong sentence.

Oh, yeah. I missed that one.

Ahh, does に just emphasize or mark the significance of the destination in the sentence?

That’s what I’ve been using it as. へ for direction and に for destination/objective. There are some parts in the book where I think に would be better, but oh well.

That’s what I’ve been using it as. へ for direction and に for destination/objective.

Ahh cool, thank you. I learned a thing! I should start making my own note cards like OP so I can keep track of the odd bits of grammar I bump into.

Thanks everyone. I added the changes as suggested.

I love these resources! Especially because I’m using Minna no Nihongo too.

Thank you so much for sharing! And thanks to everyone making corrections since I’ll be benefitting from those as well!

Glad you like them! Hopefully the next batch wont need as many corrections, but luckily this community is very helpful even if they do

. I will be posting the next 10 in a couple weeks! (Hopefully) - So be sure to look out for that as I will be putting them on a new thread.

So be sure to look out for that as I will be putting them on a new thread.

Especially because I’m using Minna no Nihongo too.

If you need any help with MnN, which you might not since it’s pretty straightforward, feel free to ask. I used it and am using it.