On this weekend, I went with my friends to the museum hosting the exhibition of 浮世絵 by 葛飾 北斎 (Katsushika Hokusai). It was amazing

One of the famous series of Hokusai’s works is “36 views of Mt. Fuji” 富嶽三十六景. But while looking at the pictures’ titles one thing caught my attention - a character I’ve never seen before.

Some of the pictures used katakana ノ - like this 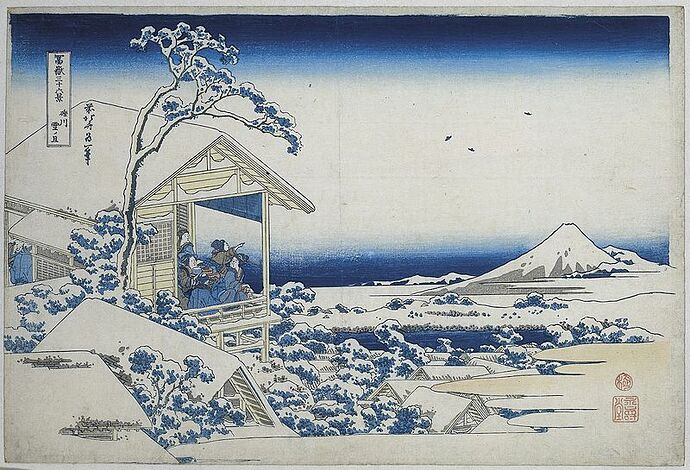 But then there’s this picture - 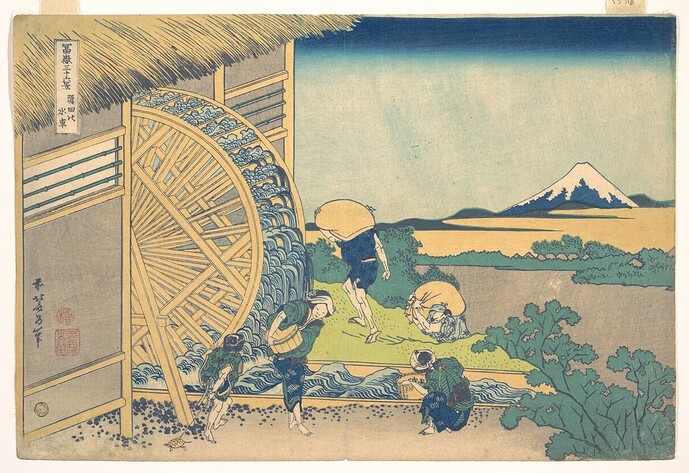 It’s probably one of the Manyogana for の 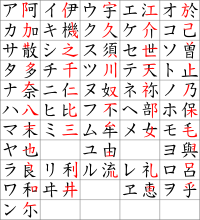 Man'yōgana (万葉仮名, Japanese pronunciation: [maɰ̃joꜜːɡana] or [maɰ̃joːɡana]) is an ancient writing system that uses Chinese characters to represent the Japanese language. It was the first known kana system to be developed as a means to represent the Japanese language phonetically. The date of the earliest usage of this type of kana is not clear, but it was in use since at least the mid-7th century. The name "man'yōgana" derives from the Man'yōshū, a Japanese poetry anthology from the Nara period wr...

hm honestly looks almost exactly like 之 turned sideways but ive got no idea why it would be sideways so that doesn’t really make sense lol.

Following @plantron 's lead I did some searching, went from manyogana to hentaigana and it seems that the mysterious symbol is one of the hentaigana for の:

It’s perhaps the fourth one.

If you want some more, you can take a look at htis