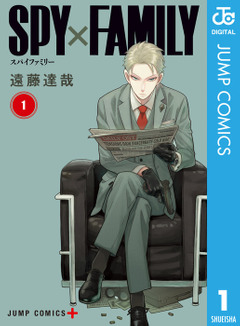 Editing Guide y When to add an entry If you are reasonably confident of the word itself and the appropriate translation for the context, go for it! Please don't add words if you are unsure; this can cause a lot of confusion for other readers. Try...

Quite confused at the start of this mission. I get bits of it, but I feel I’m missing the finer points.

So p76 (I think - the first page where the girls are gossiping):

That’s ok. I read on a bit and though I still don’t understand the earlier panels, I got the gist! But I haven’t reached p129 yet.

someone broke in and they’re saying it was キモい - but I don’t get why? Or are they talking about their boss, as they seem to dislike him?

To me it sounds like “Doesn’t that make you’re skin crawl?” “Not as much as our boss, this morning he kept looking at me in a sexual way.”

It’s just kind of a lead into a new topic.

They’re having just a conversation and jumping between topics.

Holy cow! Up until now, I’ve read book club readings in one go, but these chapters are huge. I’m going to have to split these readings between two sessions. In almost 2 hours, I got to page 113. I feel like I’m taking longer to read this than a week’s reading of 夜カフェ, and that’s a light novel

My sense of time is terrible though, so I may be wrong about that.

I’m eager to get faster at reading. For manga and light novels, it’s not big a deal, but I’d eventually like to start playing video games in Japanese. I’ve tried it a few times, but it really messes up the pacing of play when it takes too long to read the dialogue. Hopefully enough time with book clubs will get me there

That’s why I dropped Spy Family after the first volume. It just took too long for me to read. The book club is my excuse to get through it a bit at a time.

Yeah I really liked this chapter

The entire ending sequence was great.

I haven’t read this in English or watched the anime so I’m basically going in blind. Yor is… not what I expected her to be I guess? I expected her to be a cold emotionless killer (and I guess she kind of is “on the job”) but she’s actually just an awkward emotional girl, and kinda adorable.

Also another fantastic わくわく this chapter.

Okay, round 2, win! Given that I’ve watched the anime, I don’t have much to say about the story. However, I have a question.

From my experience reading manga, characters will ad ぶち for kind of an add a stronger effect to the action. Like Luffy in One Piece will often say ぶっ飛ばす！ or characters will say ぶっ殺す So in this case it’s just kind of rough way to say “I’m gonna kill you.”

On the vocab sheet, why does it say “manga version, anime version” for 入学試験 & 筆記試験? I have 筆記試験 in my Bookwalker copy, is there a different version floating around?

Holy cow! Up until now, I’ve read book club readings in one go, but these chapters are huge.

Thanks for mentioning the length! Otherwise I would have been at risk of falling behind due to not getting in enough reading sessions during this week.

It doesn’t help that this manga uses a bajillion words that’ve never come up in anything else I read, slowing me down and reducing the number of pages I read in a session.

I fit my second reading session in today and should finish the chapter in one or two more sessions, keeping me on schedule!

Thanks! I’ve seen that before too. I was asking about the たる part at the end. But @enbyboiwonder’s theory sounds very convincing to me!

On the vocab sheet, why does it say “manga version, anime version” for 入学試験 & 筆記試験? I have 筆記試験 in my Bookwalker copy, is there a different version floating around?

Mine also says 筆記試験. Not sure what that’s all about in the sheet. I don’t think it was like that while I was reading, or if it was, I didn’t notice.

I fit my second reading session in today and should finish the chapter in one or two more sessions, keeping me on schedule!

Yeah, I need to split the chapters up into parts before starting to read in the future. This week, since it caught me by surprise, I read until I got tired of reading and finally looked ahead to see that I still had so much left. It was pretty demoralizing

Yeah I’m used to only the first chapter being really long, but with this one the second is as well. After that, though, they’re all normal length—about 30 pages. So it’ll get easier after this!

I’m used to only the first chapter being really long, but with this one the second is as well.