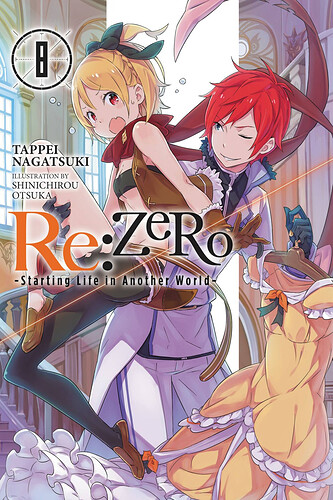 Word lists - Learn the vocabulary for Re Zero!

Aaaaand I’m reading along! Weee!
I haven’t started this week yet, so I have no other comment

I’ll try to look back at the previous threads and add comments, but anyway the “after reading” thread is coming on Monday, right? I guess I could just post in there anyway.

Hey we are back at egal poll.

The rest is still spoiler for me but

I know I’m behind on the reading but since these are grammar questions, and I’m up to date on the anime anyway, I’ll try my best to answer.

I feel like you’re rushing through the sentences too much

That is possible. Like sometimes when my brain does not want to follow or I get tired I kinda have the bad habit of passing over stuff I don’t know. I try to come back to it later but it’s hard to get it sometime. Like I’m so into it that I can’t see around it kinda.

What worked for me on long sentences like that, is to try to simplify everything into a “subject + verb”

I will try it next time. My trick is mostly to read and reread the sentence and try to find word I know. Then try to put them with the grammar. If I keep them in pack it will probably be more useful. I will try to keep you update on that.

Which brings me to the next trouble I noticed. The definitions of words are a bit off in your translation attempts.

That is completly my fault. I use word that for me means the same but are not litteral translation. For exemple 受け入る= to receive, to accept but in my head I had to take for he take it voluntarly kinda. In my head it worked the same.I’m not english native so my translation may seem off but maybe that is also part of the problem.
Thanks for the advice I will look into that.

On one thing I’d agree, the grammar does look more and more complicated. I feel like in the anime Petelgeuse had a lot less lines, so it wasn’t that hard to follow.

I thought I’d wait for the wrap up thread to post my comments on the book, but since I didn’t really post anything so far, I’ll talk a bit about this week (at least I think it is, kinda blurry where it starts and stops)

Edit: also, small thing, but the illustrations at the beginning had a scene with フェルト, but there’s really little left for that to happen

Also, パトラッシュ (I hope everyone knew the reference) MVP.

You might be interested to know that a famous soundtrack inspired from that Patrasche (if “Dog of Flanders” is the reference you’re talking about) was used as a ringtone, and it was used in the best way in a scene from vol 7: When they were waiting for the whale to appear, this is the ringtone that played as the alarm. Here’s the scene if you’re interested. Here is the ringtone used, and here’s the original.

I don’t want to disappoint but it won’t appear. I think it was a small part of the web novel around these parts but it was getting tight in the volume so they decided to remove it, but they kept the illustration as a teaser I guess.

I don’t want to disappoint but

Yeah, I only have 10 pages left to read and obviously it’s not happening.

Next week is up