They’re on Miura Ayme’s channel! Here’s a link to the first video in this karaoke series, you can find parts 2 and 3 on the same channel:

Bah, in the end, I didn’t listen to anything yesterday (except the radio in the morning, but since I’m really not paying attention and it’s mostly music anyway, I won’t count that). You see, I started reading 聖女の魔力は万能です 1 and it’s great and I couldn’t put it down (I read half the book in that one sitting

). Odds are that I will read another half of that book today. They said so on the weather forecast.

Watching the YouTube avoids my eyes from reading the Kanji and the Kana for the story, until I really want to study in-depth… (So I read after listening.)

Apparently, not only the story (i.e. the language) sounds cool, the sfx are too, and can be found here – 音の園. (It’s hidden in the description.)

Yesterday, I watch an episode of やがて君になる anime (with JP sub), and watched NHK Special (from omk above). tbh, I am not sure if I have improved yet. Probably trying around 1 month isn’t so visibly changing. Also, the practice drill wasn’t really in place yet. (1 more month would still probably be too short. How about the end of the challenge?)

Comparing with reading, didn’t I step up from Graded Readers? While I believe Graded Readers also has audio, YouTube Kids is far more accessible and has more collection. (There is also Satori Reader.) (And interesting factors still count.)

While reading can be slow, and takes forever, listening speed can be altered globally, like x1.25.

I decided to join the challenge late~ I’m going to fill in the days I did so far as well.

It was lovely seeing all the birdies, such a relaxing experience. I really miss the days when I lived near water and I could get to casually watch them every day.

I found it surprising that apparently in Tokyo you can find more or less the same birds as in Europe. I’d expect different fauna for some reason (for example, why aren’t there tanuki in Europe?)

Fun fact: ひな means chick, young bird. But in Greek, the exact same word means goose. It was very strange seeing ducklings being referred to as ひな, I had to stop myself thinking the narrator didn’t know what she was talking about, as it’s very common for people to confuse ducks with geese.

Comprehension-wise, I understood about half? Maybe less? But watching the birds was so nice and relaxing, I didn’t even care.

But watching the birds was so nice and relaxing, I didn’t even care.

Well, I just bookmarked both your posts for whenever I feel like doing something else than reading

(The two videos that @omk3 shared yesterday, thanks again!)

I got a bit distracted with all the amazing imagery of the animals that I forgot that the presenter was talking in Japanese. Not sure if this means I understood it or if I just completely blanked out

for example, why aren’t there tanuki in Europe?

This is a very important question.

Today I watched the flamingo video @omk3 shared the other day :3 (Thank you, omk3!)

Ahhh, I can’t, I love this so much

Look at birb, so pretty!

If I ever learn to draw skillfully with colors and everything, I’m gonna draw this. 感動しました。 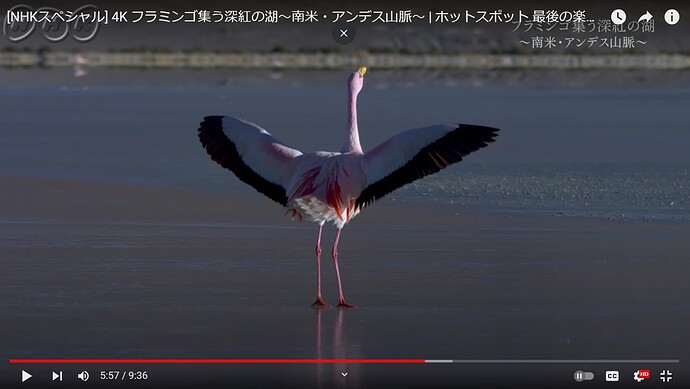 Just a little bit of listening today - 2 episodes of Nihongo con Teppei (Beginners).
I had a lot of trouble concentrating today so I had to listen to them a few times.
When I was actually listening I was understanding everything pretty easily, but it was really hard to stop my mind wandering today!

I went to watch more ハイキュー！！ and saw Netflix had the first episode of RWBY: Ice Queendom so I checked it out and wow was that a weird experience

RWBY’s originally an American show so seeing all these characters reimagined in Japanese and in more direct anime style is definitely interesting. It’s like watching a Japanese dub except even more surreal because it’s just its own show actually, wild

I also watched another episode of ハイキュー！！; my brain didn’t really wanna watch much so just one, even though the match is up next and I love that one, it might be my favorite

It’s just such a fun match, so I’m looking forward to watching that over the next day or two!!

Omg that’s an incredible word, I don’t know if I’ve ever related to anything more

I watched the first episode of “Stranger Things” two days ago with Japanese subs and dubs. It was so great that I ended up going through Intensively and looking up many, many words. Yesterday I started on episode 2. So great!

I want to make a flashcard deck for Stranger Things, episode 1.

Thank so much to whoever suggested that!

I watched a Miku Real Japanese interview. I understood a lot, and it felt really great. I still went over sections multiple times, but it’s finally getting to the point where I’m remembering enough fast enough that I feel much closer to “able to listen and understand”.

Then I went back to Chapter 5 of Harry Potter on audiobook. It was really like the first time that I could simply totally understood every word of every sentence of the first 5 minutes of this Chapter that I have studied intensely off and on over the past year and a half!! (then I fell asleep, happily)

It seems like the “unlocking” of listening is happening “across the board” (Yay!) But it still remains to vocabulary drill until that is “fast as thought”.

The longest I have tried to listen and read deeply so far. YouTube is 12 minutes long. I read aloud for 20 minutes.

Most troubling is, I don’t know which 家 reading to use.

Listened to 2 more chapters of 殺人ライセンス. Story hasn’t developed all that much honestly. I’m immensely enjoying the bad acting for the narration of the adult characters though.

For those who enjoy spoilers:

So the middle school bully did show up on the news as murdered, and Kyuu finally decided to report the game to the police. The police didn’t seem to believe him, surprise surprise. Mari’s (the girl we’re repeated reminded is Very Cute) father was laid off and has since decided he will be a private detective, is trying to set up a website for his business. Mari hears from her father that he find making a website difficult so she tells him that Kyuu will help him with the tech stuff in exchange for listening to his theory about the murders.
There’s also a girl named Shouko, Mari’s friend. So far as I can tell her role is to be grumpy a lot.

I watched the last of the NHK hotspot videos I could find on youtube, this one on fishies! The whale sharks sucking vast amounts of water while they were swimming upright were a sight to see (on screen, I definitely wouldn’t want to be in a boat somewhere nearby…). 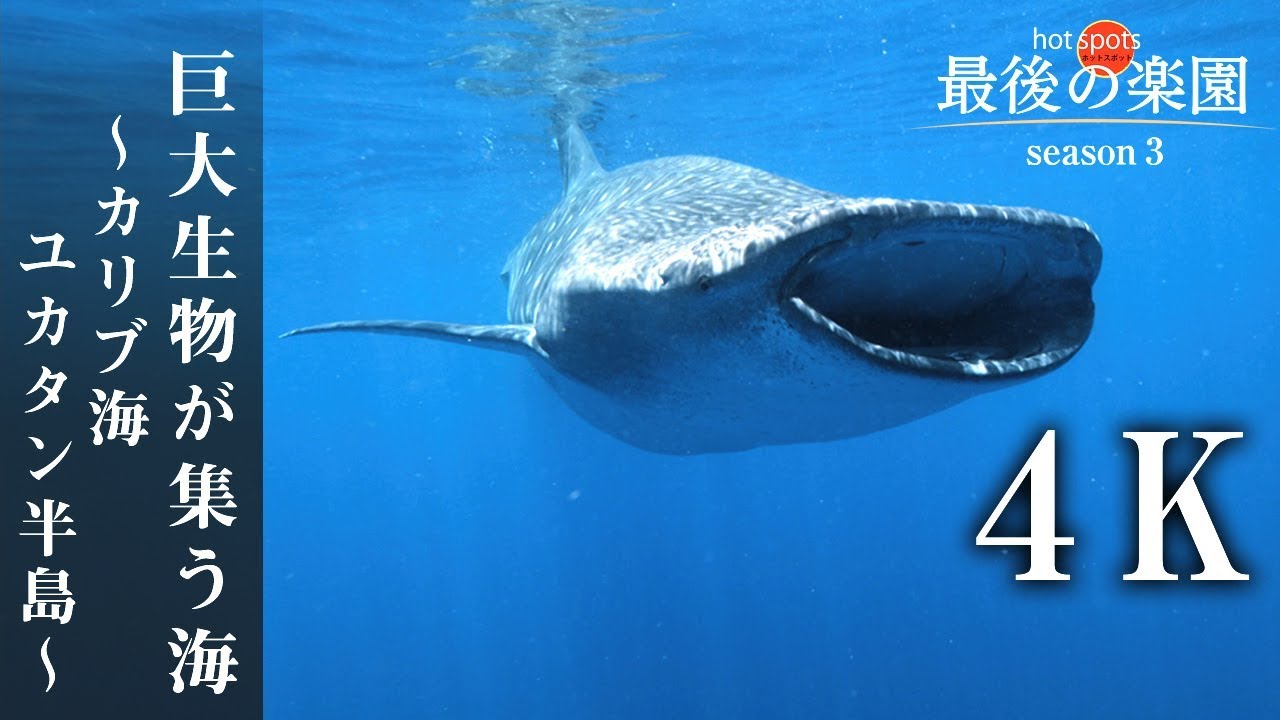 Then I got frustrated that I couldn’t find any videos of equal quality. I watched a rather simplistic one about penguins (might be for kids actually?) and then after a lot of searching I happened upon a channel called nippon pon, which seems to have several (very) simple videos on Japan geography and culture. I watched one on Japan’s geography. I can’t say the presentation is fascinating, but it was at about my level and the content is interesting enough, so I might come back for more if I don’t find anything better?

There are nature documentaries on Netflix that I can watch on Japanese dub, but I’m not yet prepared to listen for an hour straight, I don’t think… So the search continues…

I crave for gyoza.

So I watched a recipe video on how to make some.

Thing that I’m finding with videos is that I feel I can tell what to do just from the video itself, like I could have it on mute and have a vague idea of what it was about. Feels like I’m not focusing on the words so much. Why is listening so hard.

Thanks for hosting this @KJules ! I was just thinking about improving my listening skills alongside my reading skills with the Read Every Day Challenge! I think I’ll probably go for raw anime episodes + youtube videos as my go-to listening practice this time.

I don’t have a lot to say for listening updates while I’m plugging away at the same thing, but I’m definitely getting a little more confidence in my listening overall so that’s nice. Last night I listened to part 32 of my audiobook (out of 60 – 59% through the book) and was really pleased to see that I just straight up followed everything that happened on the first pass. I’m still missing words for sure, but most of that was easy to let pass. I’d say I missed the reasoning in one little conversation because it was crucial to know the word 土地鑑 (とちかん, familiarity with the land), but it was still rather minor. It just feels great to see this progress because I spent most of the first year feeling like my listening abilities wouldn’t budge.