Maybe you already tried them, but perhaps Japanese with Noriko or Let’s learn Japanese through small talk.

Listening and Kanji really improves other aspect, such as reading. I have not done an online class in about 2 months because finances but have been listening a lot and now at level 10 of wanikani. I realized yesterday when I was doing my N5 grammar with my online tutor that my reading of the practice scripts were much smoother/easier and my pronunciation was better…and then my tutor actually commented on this. (although he is Japanese he has a lot of international experience and thus compliments me only when it is actually warranted and not needlessly). SO yay!!! Let’s keep going guys.

What a nice thing to hear from your teacher!

Forgot to post in this thread. During the last 4 days I didn’t do as much listening as I hoped for, but I still listened to episodes 311 – 371 and also relistened to some episodes on my phone.

Maybe you already tried them, but perhaps Japanese with Noriko or Let’s learn Japanese through small talk .

at least the sample I tried. The small talk women talk in a much more natural way, though, albeit with some English mixed in, so they might be promising, thank you! I’m not super into podcasts (even in English) but I think for shadowing it might still be a good option.

Now, I have found audio tracks (on Audiobook.jp) with parellel text (on Bookwalker), although there might be more to be found in YouTube.

How do you feel about there being multiple (usually 2) hosts? If that’s okay then I have a bunch of ones I listen to that might be worth a shot (though they are generally all games/anime/VN related so might not be of interest). Otherwise…maybe 4989 American life? It isn’t isn’t specifically learning focused (more of a diary type thing).

One thing that I have tried that has helped me find podcasts outside of the learning space is just to search by the name of games, shows etc that I’d like to hear people talk about (eg I found quite a few of the ones I listen to now by searching for ときめきメモリアルGS4). I’d expect that the same thing could work searching for names of films, shows that etc that you are interested in!

Edit: in fact I got curious and did a search for ミステリと言う勿れ in apple podcasts and quite a few things came up including this one which seems like it might fit your criteria? 大丈夫だよ大丈夫 or this one seems very clear Something good podcast

I feel like multiple hosts actually works better because you end up with more natural speech. People monologuing can be natural, but often there’s more exaggeration IMO, and you miss out on the little phrases that make conversation ‘flow’. 相づち and such.

I’ve actually heard 4989 before and not been into it

but 大丈夫だよ大丈夫 seems intriguing (views on mental health in Japan? 他のマンガのトラウマシーンもご紹介) so will definitely give full listen (did a short sample just now). Something Good doesn’t seem quite my thing, but I appreciate you taking the time to look!
I think I might just take a dive down a rabbit hole and listen to a ton of samples to find some people I vibe with.

I realized it might be better to make it a real Listening Every Day Challenge. I will track a week at a time, although the real goal is this last 2 weeks + Summer’s first 2 months. After all, quantity matters a lot, at this stage.

Rather than ticking only for listening everyday, I would give credits for listening longer. I know about , but the icons are far more customizable and beautiful.

Repeating the same track doesn’t count; while anime, movies, or YouTube counts all the same.

To start with I’m gonna be listening to whatever daily story there is on Hukumusume and see how it goes from there, I’ll think about venturing into other content as I (hopefully) progress (I also need to find some listening resources that I’ll want to listen to, I’ll go searching later).

Today went as I expected it would really: that I can pick out certain words and follow the story to an extent, but then get hopelessly lost… only to pick it up again when a cluster of familiar words pop up again, to then get hopelessly lost once more. It’s mostly the in between the subject words that I can’t understand, I seem to be able to pick up on nouns best, but then never quite get what that noun is doing.

Well, it was about mushrooms, and Ojiisan in the mountains and a demon, I think I got the jist of it. Just the fine details escape me.

Ended up reading and listening to it myself. I’m going to re-read it more carefully, but from what I gathered It’s about an old man who was gathering mushrooms and went to the Forbidden Mountain where a demon old hag lived. The old man wanted to return before dark, but there were a lot of mushrooms there and gathering them took too long. The old hag demon wanted to eat his legs, but the old man managed to escape with the help of the Mountain God who sent a pink cloud that took the old man home. Since then, whenever the old man goes to mountains, he always brings some gift to the Mountain God. But he never dares to go to the Forbidden Mountain again.

Now I’m going to read it more thoroughly, with looking up the words.

Anyway, thank you for the link!

Update: I did read it more thoroughly [1]

Does listening in your sleep count? Twice I fell asleep while listening (and countless more times I just tuned out after a while). I start off understanding a fair amount, but very soon I lose concentration for whatever reason, and then I just get bits and pieces, or even give up processing completely. So, still stuck in the first half of that second chapter, which I’ve listened to maybe 4 times, not necessarily paying attention or even being awake throughout

I’ve decided I’m going to try listening either to an short story audio book (on days I’m working as I work shifts and the chapters are approx 10 minutes long so can listen to one chapter on each break) or one of the many Japanese podcasts I’ve got saved for listening since they’re fill Japanese by a native speaker with no English in them, approx 15-30 minutes per podcast episode.

Hoping between those I’ll get a substantial amount of listening done over the next 2 months.

If you want to make a home post (with a fancy calendar or your own study log) then I can add you to the list, otherwise just posting here also works. Welcome!

I’ve got a calendar on evernote I’ll use so I’ll just post on here occasionally throughout if that’s ok.

Here’s a really random question, but does anyone know if there is an audio version of The Little Prince (星の王子さま) by Antoine de Saint-Exupery? Or where to look for one?

I have the print copy and I thought it would be good to try reading along to the audio. But I’m not sure how many books in translation make it to the audiobook stage.

Any advice is appreciated

There are several on audiobook.jp (based on different book versions?) 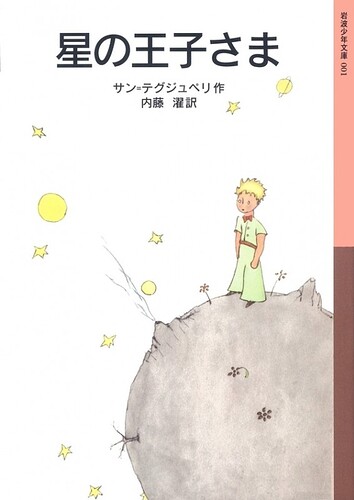 Length is very different though. Different versions of the text maybe?

I skipped one day since last update, but most days I’ve listened to Sakura Tips, あらB.fm, and the live broadcasts on this weather channel which I think someone in this thread recommended.

Listening スタート！ To start with I’m gonna be listening to whatever daily story there is on Hukumusume and see how it goes from there, I’ll think about venturing into other content as I (hopefully) progress (I also need to find some listening resources that I’ll want to listen to, I’ll go searching later). Today went as I expected it would really: that I can pick out certain words and follow the story to an extent, but…

thanks again to @Zakarius さん for the link.