Hey there, so I’ve been thinking of potentially starting to learn to write in Japanese, like keeping a journal and such. I’ve never done any kind of physical writing in Japanese before and I was wondering if anyone has any resources on where to start? Like any kind of guides for writing in terms of exactly how to write each character and things like that, then afterwards if there’s any kind of pen and type of journal/paper that would be better for me than any standard one.

I’m still looking for the thread where I talked about them, but there are books for children to practice their kana and kanji in. Given your level, they should be easy to understand and they also explain some of the guidelines, such as which lines should align with others and sizing.

here are some other threads that might also help.

So i’ve got this book: https://www.amazon.co.uk/Learning-Japanese-Hiragana-Katakana-Self-Study/dp/4805312270/ref=sr_1_5?dchild=1&keywords=learning+japanese&qid=1600624854&sr=8-5 and it’s got these for every kana + [image] It’s great but i want full pages with the light/transparent letter to train my muscle memory. My kittens have had various books like this to learn the alphabet and numbers so maybe such books exist for japanese children? 3 practices is not enough for me, my marking just str…

ah here we are

There are graded kanji practice books for Japanese schoolchildren. I’ve used them although you’ll want to practice writing even more separately. I recommend a small whiteboard for that. These are great and also have sentences that you can practice reading or rewriting. They don’t include translations of course, but it’s fairly intuitive. They go up to at least 6th grade, but I can’t remember if I’ve seen beyond that or not. https://www.amazon.com/Japanese-Textbook-Elementary-Workbook-Langu…

Frankly, Skritter is unbeatable but far too expensive.

Because my post is quite long, I’ve added section titles so you can skip to what interests you if you want to.

I’ve never done any kind of physical writing in Japanese before and I was wondering if anyone has any resources on where to start?

Your best paid/professionally written options in English are probably books from Tuttle like this one:

Here are some other ideas:

Books that show how handwritten characters look without the flourishes/print fonts?

This one and this one use the brush font, but are similar.

A Good Free Resource in English

Something that’s about as good though, honestly, is this free site created by someone in the WK community that uses stroke diagrams that look very much like Jisho’s, and everything is sorted by WK level. All you need to do is print out the worksheets:

(I seriously think it looks great, even if the writing style isn’t the prettiest – more on that in a moment – and it’s probably the best suited option for WK users. It’s basically as good as the first Tuttle book I linked to, except that it doesn’t have any preface, and it’s free.)

In my opinion, any of these will cover the most basic aspects of writing kanji by hand: stroke order, general proportions, and the general appearance of each kanji.

Concerns Related to the Resources Listed Above

Now then, some caveats:

If you want to learn ‘exactly how to write each character’, right down to how to get a sense of the most aesthetically pleasing proportions, then what you need is a calligraphy course, and not just a kanji practice book. In that case, I recommend this one:

which I discussed in detail on another thread:

That aside, I guess this book might be fun reading practice?

if there’s any kind of pen and type of journal/paper that would be better for me than any standard one.

Traditionally, this is the sort of paper that’s used for kanji practice in schools:

(I’m not 100% sure this is true in Japan, but I think it’s fairly likely given what I see in those kanji practice books.) Kanji are written in squares that look like 田: 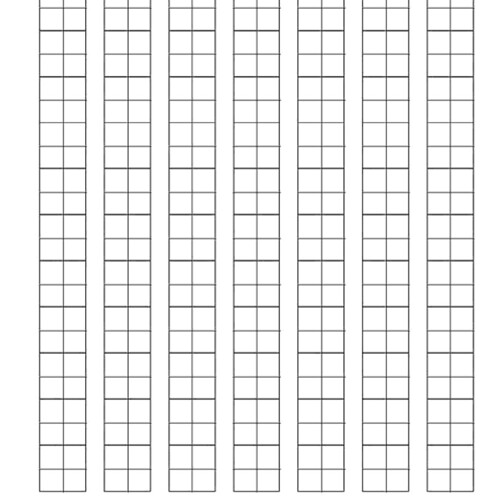 Screenshot 2021-05-21 at 18.21.271003×996 86.7 KB
The idea is to write the kanji while centring them properly, using the cross-shaped guides as an aid. Such paper isn’t strictly necessary, but the general idea is that a kanji should be able to fit into a square quite nicely. It can be helpful for practice though, and I think the ‘Kana/kanji writing practice’ thread that @DIO-Strawberry posted above contains some links to kanji writing grid generators.

As for what sort of writing instrument to use… you can use a soft pencil (2B lead should be good enough) or a fairly wet pen (gel pens or fountain pens are pretty good, generally). A ballpoint pen with a thick nib (0.7mm and above) should be suitable as well. The idea is to use something that will allow you to vary line thickness more easily, and whose line thickness will change in response to the amount of pressure you use, along with – to a certain extent – the angle at which you hold your pen when pressing it against the page.

Uh… yeah, I think that’s all I have to say. I hope that my post wasn’t too long, at that you found at least some of it helpful.

Frankly, Skritter is unbeatable but far too expensive.

It looks like a great integrated solution for sure, but if you’re talking about writing only, there are far cheaper options out there that are just as good, aside from the fact that they might not have as many kanji. Kanji.sh, which I mentioned above, is one, but if you want mobile solutions, here are two:
For iOS: ‎Learn Japanese! - Kanji on the App Store
For Android: https://play.google.com/store/apps/details?id=com.mindtwisted.kanjistudy&hl=en (I understand that this one, Kanji Study, is pretty famous)

I’m on iOS, so I can’t test Kanji Study (there’s apparently an iOS version, but it’s not available in my App Store region), but the iOS app I posted has 2000+ kanji for JLPT levels N1-N5, and I think it looks pretty good. There’s meaning, reading and stroke order practice. Plus, it only costs €10.99 to buy all the levels. I think that’s much more affordable than Skritter, which seems to work on a subscription basis.

If you just want to write documents, I would just recommend using Word/ Google Documents or Notepad++ haha that what I use to write my text.

Wow this is all really good and detailed, thank you so much!

For some stroke order intuition, check out this article:

How To Guess A Kanji's Stroke Order

So many strokes! How can you every figure out how to write them? It's easier than it looks.

I like this Anki deck! I bought a kanji notebook and just write the characters in it when they come up.

As far as stroke order are concerned, I’ve found the mobile app Kanji Tree to be invaluable. It has a Kanji dictionary and it also demonstrates stroke order and allows you to practice writing characters and scores you on your performance.

Just wanted to share this calligraphy channel on YouTube. The calligrapher is Japanese, but quite a few of the videos also come with English subtitles: 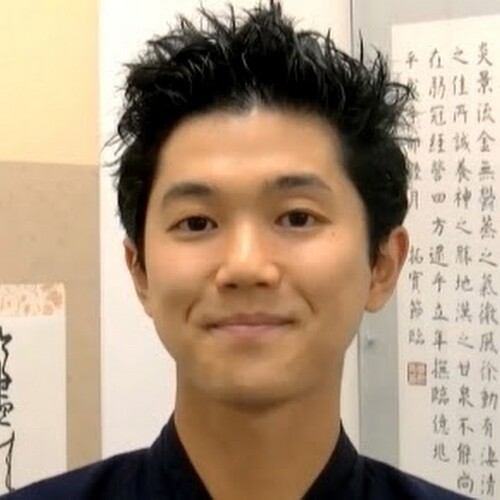 General real-time calligraphy videos aside (including some calligraphy with Latin letters), he’s also posted several videos containing tips on how to write better. I personally think that the style he uses when demonstrating how to write well with a pen is a little plain, but I think that might just be because he wants to provide an example of something everyone can do; his brush calligraphy contains a bit more flourishing and character, which proves he can write in other styles too. Some of the more basic videos include English subtitles as well, which could be helpful, and many of the video titles are in English. (I suspect he actually has a set of titles for each of those videos, one per language, and that YouTube has a feature that displays the relevant title depending on the viewer’s interface language, but I can’t be certain.)

This website has tons and tons of writing practice for Japanese schoolchildren. And all for free https://happylilac.net