Yea, so dont use めし while talking to your 日本語の先生

I made the mistake today. She was very gracious and chuckled, but will definitely use ご飯 from now on.

She next asked where I learned such a word… but I won’t tell.

So yeah, if you are ill-informed like me, dont use めし。 It’s a thing. And you shouldn’t do it.

I find “where did you learn such a word” kind of questions funny. If you watch anime or read manga or novels it’s bound to show up. It’s a good word to know! You just need to know in which contexts it’s okay to use it.

I hope you went full 飯食うか? or something to establish your dominance.

That is kind of why output is kind of pointless for learners, you don’t really understand how the language works.

Huh? Isn’t it exactly the reason output is important?

It’s a problem of lack of input, not output.

If you don’t have any output at all, people can never question it. 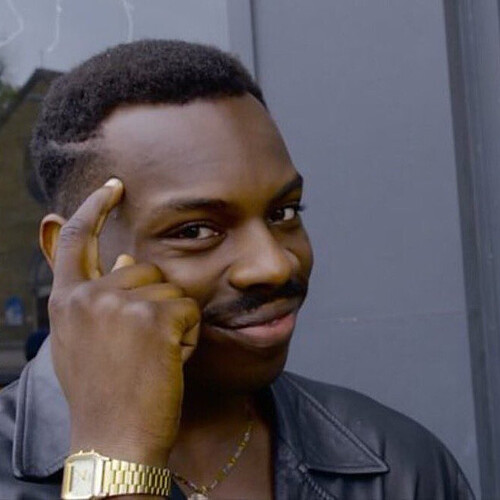 Wanikani does say that 飯 “has a slightly gruff feel to it” but from the sounds of it, your 先生 found it on the “offensive” side? Or was she just correcting you on using it in a formal setting?

I must have missed the memo in Tsurukame. Yeah, she said “rude,” but like I said she was so nice about it and laughed. More than likely because we were in the formal setting and she wanted other students to also know.

Oh yeah of course, it’s good to know when certain words should only be reserved for certain contexts, if anything to teach people when not to say them.

Kind of like the practice of teaching foreigners swear words so that they don’t accidentally use them, lmao.

… so at what point can I start using Japanese?

I remember I told my first teacher I was going to the 便所. She made this face

and then told me to say お手洗い.

Kind of like the practice of teaching foreigners swear words so that they don’t accidentally use them, lmao.

Yes, so instead they get used intentionally, and regularly.

Yes because your listening, reading, and writing were all flawless from the minute you said “lets learn Japanese.”

You should have used 便槽 instead

Ok so we have 便所, お手洗い, and トイレ…and probably more that I just haven’t learned yet.

I feel like that’s already too many ways to say bathroom, but then again English isn’t really any less guilty of this, lol. But as far as I know, there’s just one word “bathroom” that’s acceptable in all contexts in English, which I guess keeps it simple.

Well, at least at that point the person can’t cry ignorance after someone calls them out for using such language. Lol

True! It can also be quite entertaining (strong language warning, though I imagine that’s obvious), imo.