i noticed something strange about this kanji : 飴 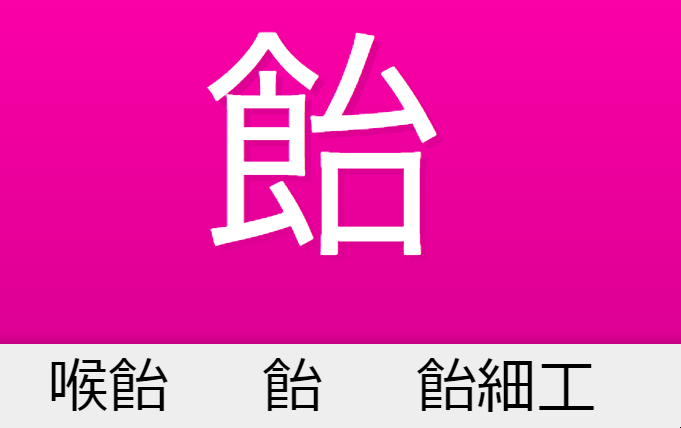 I was wondering: which kanji is the “good one” in japanese ? Should i set up fonts in my browser differently ?

On Wiktionary you can usually look up the symbol to see which one is the chinese / japanese variant:

Someone else noticed this recently as well. (Over here.)

I’ll be sure to get an update for this out today. I’ll post in that same thread when it’s available. It’s just a matter of my needing to update it to force a Japanese character set to be used, rather than defaulting to Chinese.

Both are correct, but in the strictest sense what WaniKani displays at the top there is the “old” variant: 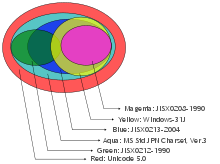 JIS X 0213 is a Japanese Industrial Standard defining coded character sets for encoding the characters used in Japan. This standard extends JIS X 0208. The first version was published in 2000 and revised in 2004 (JIS2004) and 2012. As well as adding a number of special characters, characters with diacritic marks, etc., it included an additional 3,625 kanji. The full name of the standard is 7-bit and 8-bit double byte coded extended KANJI sets for information interchange (7ビット及び8ビットの2バ JIS X 0213 ...

You can see the changes in this animated GIF - 飴 is the third kanji from the left on the top row. You’ll see the 2000 version is what WaniKani shows, and the 2014 version is what’s in the vocab examples below.

The technical reason is probably it’s being rendered as Chinese - the “old” variant is what’s in use in Chinese, from what I can tell. As for why it was changed in Japanese… I have no clue.

On Wiktionary you can usually look up the symbol to see which one is the chinese / japanese variant:

You can also try pasting the kanji you see into Kanjipedia. The form that gets displayed is the Japanese version.

However, let’s just say that even the 常用漢字表 (the Jōyō Kanji List) states that multiple forms exist, and they’re all correct. Here’s a screenshot from the relevant section:

Thanks a lot for your explanations.

@ChristopherFritz Thanks too! So now it’s “logical” again! 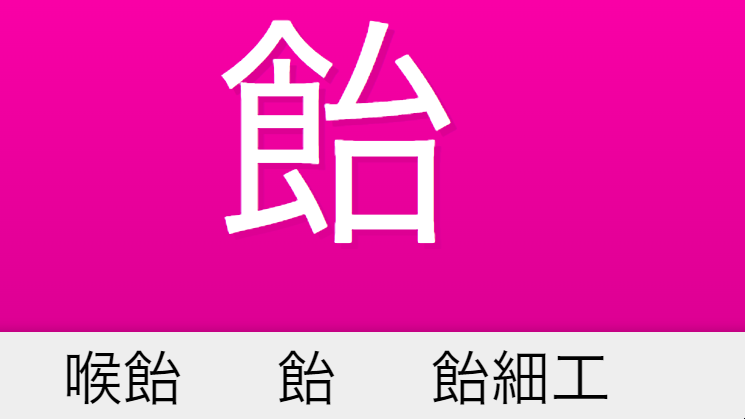 @Jonapedia
So in Kanjipedia i typed this kanji out of curiosity and i got the other one, the “new” one 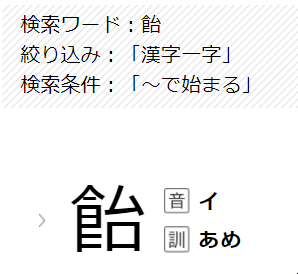 and i followed @yamitenshi too to understand what was being said :

So far so good! So there is an “older” version and the “new” one.

When you learn kanjis which one do you learn? Both ? I tried to type both kanjis with the IME (i’m using Windows IME) but only got : 飴 .
I tried copy pasting the “old” kanji, but when i copy/paste it, i get the “new” kanji : 飴…

When you create a flashcard (for example on Anki) do you put both kanjis side by side?
Any idea on how to type an older version of the same kanji ?

Technically the “old” form of 飴 is correct–it’s not a jouyou kanji so it wasn’t standardized the same way as other kanji that contain 食 as one of the radicals. That said sometimes kanji that were never officially simplified still get unoficially simplified by some publishers and computer systems. When I do wanikani on windows it shows the “old” form of those characters but I noticed that OSX displays them in their “simplified” forms. It’s worth learning both forms of these kinds of characters because you’re likely to run into them both ways

This isn’t unique to that kanji. Any kanji with the left side 食 element would look like this in its older version, it’s just that the ones that are jouyou got standardized with the updated version. 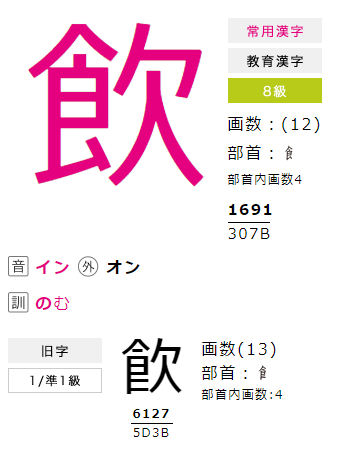 If a kanji isn’t jouyou, then you are basically free to write it updated or not updated, since it’s not standardized.

@Leebo I was wondering: how can we easily know if a kanji is 常用漢字 or not ?
On the wikipedia page, i saw many groups of kanjis: 象形文字, 指事文字… Is it important ?

I was on the lookout on how to type both characters (kanji and variation).
I haven’t quite succeeded (i still don’t know how to type it directly with the IME, but copy/pasting is fine…)

Here is what i found:
Adobe Japan 1

So back to Anki, i type Ctrl+Shift+X to have access to the Html Editor

Or we can directly copy/paste from https://ja.wikipedia.org/wiki/Adobe-Japan1

PS: Out of curiosity, on the website
https://kanji.jitenon.jp/kanjie/2155.html
another “variation” was mentioned 饴
Where does it come from ? Any clue ?

@Leebo I was wondering: how can we easily know if a kanji is 常用漢字 or not ?

On the wikipedia page, i saw many groups of kanjis: 象形文字, 指事文字… Is it important ?

If you’re interested in the history of how kanji were created knowing those could be interesting, but it’s not important information.

饴 is Simplified Chinese. The simplifications in Chinese were much more extensive than the ones in Japanese. CJKVDict is a good resource for seeing different variations on characters and how they’re used between the four main languages that use (or used) Chinese characters (Chinese, Japanese, Korean and Vietnamese)