Who is the most fluent japanese speaker you've ever seen?

Does anyone have any examples of someone at native/near native level? Particularly of someone with a native like accent.

One of the best I think I’ve seen is Brian Gesiak, he’s a developer at Facebook and appears on episode 88 of the Rebuild Podcast: Rebuild: 88: Five Years Of Terrible Coding (Brian Gesiak)

Robert Campbell is another example that comes to mind.

Spanish Kira-sensei has been living in Japan for many years and he seems to be an expert regarding Japanese language.

I couldn’t find a video where he spoke at length, but in his 皆さんこんにちは、キラです greeting I found his accent to be quite noticeable though. (And my ear’s not that good at picking out foreign accents in Japanese yet…)

When Dogen speaks I can’t tell he’s not Japanese.

When Dogen speaks I can’t tell he’s not Japanese.

That’s only because he heavily scripts his videos and does over 9000 takes until he sounds that way. That’s what he’s saying about himself.

Ah yeah, I remember he made a video in Japanese and also one together with his Japanese grandmother!

It was really cool, especially since he himself said that he feels like his personality changes with the language. (Something I’ve noticed myself, I naturally become slightly more polite/kind in Japanese and more brash in English)

That’s only because he heavily scripts his videos and does over 9000 takes until he sounds that way. That’s what he’s saying about himself.

I didn’t know that, though it doesn’t surprise me either

Still, from a learner’s perspective it might not make that big a difference.

EDIT: having re-watched the Joey video I noticed that even his own English subs seem harsher than his Japanese speech. Like how ちょっと待って、おかしくねぇ！？ becomes “Wait, what the actual f***!?”

Does anyone have any examples of someone at native/near native level? Particularly of someone with a native like accent.

I can think of a handful of Japanese people…

yes this is a joke

Since a teenager I loved Megadeth and saw themnalso live in 1997. So the band constellation at this time means very much to me. The guitar player left two yeara later
In 2006 I lived in Japan for almost a year, watcjed television and who appeared? The former guitar player. He was interviewed and he replied without any problems in Japanese. It was grotesque. I did not really checked what he did after he left the band. So it seemed, he became quite popular in Japan with his music and learned Japanese as well. Awesome guy. Name is Marty Friedman

I had no idea!

I did a quick youtube search and came up with this, sounds pretty impressive! 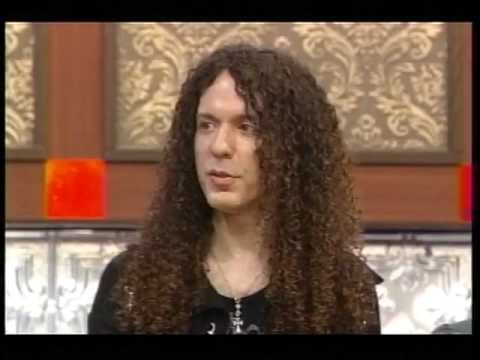 That’s only because he heavily scripts his videos and does over 9000 takes until he sounds that way. That’s what he’s saying about himself

That’s interesting. Doesnt he have a patreon teaching pitch accent?

To be fair, most Japanese learners could not record a video like Dogen in any number of takes. I’ve heard him unscripted and he was fine.

His flow sounds very natural, but definitely the accent is pretty noticeable. Especially the consonant lengths (a bit short at times), aspiration and the “shi”, “chi” sounds at times stick out to me.

Used to listen to a lot of Megadeth when I was younger, so pretty interesting!

Cathy Cat from the youtube channel “Ask Japanese” is pretty impressive! I believe she’s lived in Japan for about 8 years now.

My coworker is a non-native speaker who used to translate for a living. He took the grammar test meant for natives (similar to our SAT) and scored in the 80th percentile. He’d been studying for something like 10 years at the time, and living in Tokyo for a while. Several native speakers have told me he speaks better Japanese than they do.

I’m told his accent and word choice are almost perfect, but they can still tell he’s a non-native speaker because of the way he pronounces some words. 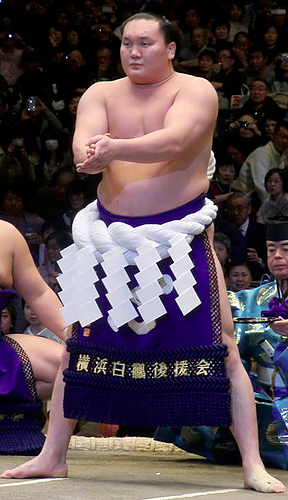 Cathy Cat is also a really good English speaker. For a German her accent is pretty unnoticeable.

Hi @Carlijn! Welcome to the community. Thanks for sharing and I hope we’ll see more of you here

\textcolor{pink}{\huge \textsf{WELCOME! ^-^}}
@Carlijn
Even if you’ve been a member for a while, so aren’t really new hehe

Take the time to check out the FAQ and GUIDE if you haven’t already…
…but you probably have, because you seem like you’re diligent and awesome like that ^-^

There’s also a lot of good stuff on the forum to help you…
…that you’ve likewise probably already seen, but it still worth mentiioning!

The Ultimate Guide for WK
The Ultimate Additional Japanese Resources List!
The New And Improved List Of API and Third Party Apps

I hope that you continue to enjoy WaniKani that your worship of the Crabigator is eternal!

not necessarily fluent, but i noticed red jacket guy ‘from usa’ had a native sounding emphasis or timing of words Japanese Guess Foreign/Local Accents in Japanese (Interview) - YouTube 2:01 (also, unrelated funny ‘ehhhh’ at 4:34)

I had no idea

the irony is WK(tofugu) already made an interview about this Marty Friedman Interview, Why He Moved to Japan