What does this ら in 見当たらない do for it to change from "not be found" to "can't be found"? 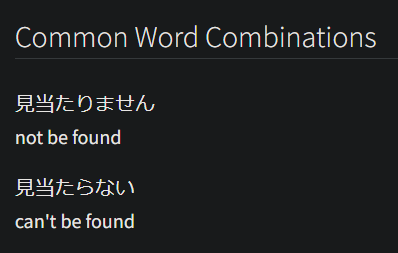 Nothing, it’s the same word. They just changed the English for some reason

They mean the same thing, only the first one is polite.

Surely “can’t be found” would be 見当たれない?

That’s what I was thinking, I thought maybe this verb was an exception and the potential form was ら.
I guess their translation was incorrect?

You would think, but no. I don’t even know if that word exists.

If you narrow down the scope to specifically how this word is used, it’s usually fine to think of it as can’t. Because when you look for something and don’t find it, you couldn’t find it.

I guess their translation was incorrect?

I wouldn’t call either translation specifically incorrect. Just don’t read anything into the difference.

Since 見当たらない is an intransitive verb taking an inanimate subject, it doesn’t have a potential form. (I think there was similar discussion recently on (inanimate object)が入らない and (human being)が入れない in the grammar thread).
In the English translation, 見当たらない simply gets rendered as potential because that’s what you would usually say in that situation.
〜が見当たらない (〜 is not to be found) = I can’t find 〜

I’ll admit to not being fully awake, but …

I initially interpreted at least the second one in the image as a dictionary app literally saying it couldn’t find an entry.