Reviews! Reviews all day, everyday.
It doesn’t matter you are feeling tired, it doesn’t matter you don’t want to, you have to do the reviews, always. If this isn’t the ultimate test for discipline, I don’t know what it is. Not to mention the lessons. You are done with a level and, boom! 100 lessons waiting for you.
Honestly I don’t know how you guys can get to level 60, it’s insane.

Honestly I don’t know how you guys can get to level 60, it’s insane.

Some people pace themselves to make it to 60 without burning out. Others are just insane geniuses.

But it’s okay because

Because from the Crabigator to you:

Wanikani shouldn’t be ruthless, you should be. Slay those reviews. Slay them all!!

If you feel overwhelmed, it’s not a problem to slow down if you need to. It is not a race, make sure to take rest if you need it. I usually try to have around 100 apprentice items. If I don’t, I will wait to do lessons until I do.

I know of a quote, I don’t remember who said it, but: “You won’t always be motivated, that’s why you need to be disciplined” or something, which is true for everything in life

I know that feel, but in the end it all comes down to persistence. Doesn’t matter if it takes one year or three years, as long as you keep doing it you’ll get there eventually.

Remember that you are in control. If it stops being fun, then it is possible that you’re heading for a burn out. Have a look at How to pace yourself if you like. It may give you some ideas on how to slow down.

As an aside, don’t let other people’s boisterous claims and clamorous boasts affect your own progress. Ignore the noise and keep singing your song.

I usually try to have around 100 apprentice items

Looks around nervously in 300 apprentice items

10 lessons a day and never more than 100 apprentice items ,

best way to not be overwhelmed , its a slow but good pace to learn

This should be a sticky in the new people questions hahaha

Even slower for me 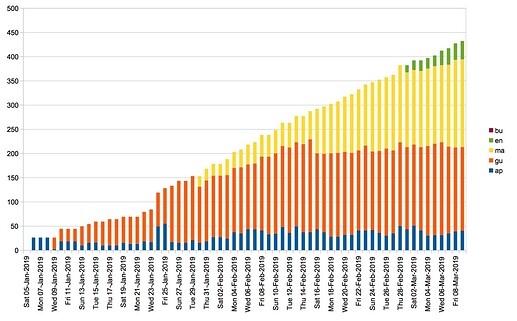 The forecast is level 60 in four to five years, which is fine by me.

Slow and steady wins the race

the point is to learn , not to race , our only target is to learn and remember kanjis , its not to attain level 60 cause its not a game

I get where the OP is coming from. I started this “journey” because I got hooked on the video game RPG quality of it all. Leveling up, getting better stats, feeling more and more awesome every time I guru’ed a kanji.

And then reality sunk in. This ISN’T a video game. Taking a day off of reviews is a lot worse than skipping raid day in an MMO. You can get that helmet next week, but SRS waits for no man.

Everything else has to compete for the scraps. Brutal, indeed.

Idk getting a higher lvl is a pretty motivating factor for me, especially if I have to learn the 20th military word in a row in some high level vocab

I’m going pretty slow. I would like to go faster but I’m pretty bad at staying on task. This site has been the most helpful for me though. Its the only thing that I do at least a little of almost everyday.

getting levels is ok , but not if it’s the only goal
many people seems to crash because they rush to get to level 60 rather then to learn kanjis

Those of us with obsessive compulsive disorders can direct it to positive outcome.

It can always be worse: 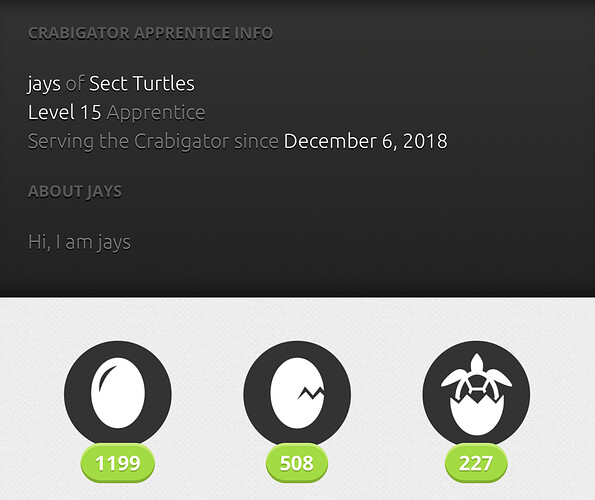 I managed to come back from that, but around the time the entire pile got back to enlightened I ended up resetting because it was not feasible to keep on doing that.