One does not simply read handwritten kanji

I’ve been experimenting with using different fonts on WaniKani, for now I’ve settled on three that I use for reviews, I have a separate one for lessons and a default one on dashboard. I’ve been pretty satisfied with the variety that this already provides and I think it’s given me a better grasp on structure of kanji. Plus the calligraphy font looks gorgeous

But! There’s been some growing pains: 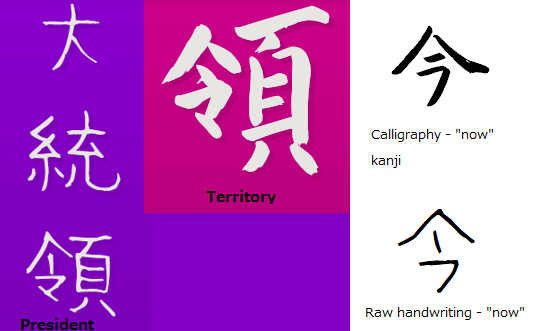 When I first got hit with “now” in raw handwritten style I confused it with “orders”, because, well, it’s so @%#$ similar in writing by hand apparently.
Now, it appears that “orders” kanji is drawn like chinese simplified version of the character, at least from I found. “Now” kanji seems to vary but also resembles chinese version.

I was wondering if this in general carries on to how Japanese write these characters, because I’ve seen it on “say” radical and it seems like a recurring thing. Is this actually something I should’ve been expecting?
Any other tips on reading handwriting appreciated as well

That’s a font in one of those font randomizers?

I’ve seen a lot of natives write by hand and I don’t think I’ve seen someone screw up the direction of a line that badly in real life.

To me the font looks intentionally messy. It’s not impossibly messy, but it’s unnecessarily messy to my eye.

This is an example of drills to write 今 that kids do in school. 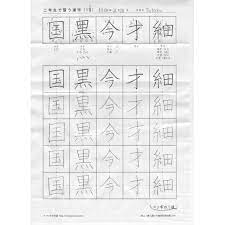 That’s how handwritten 今 should look. There’s no “official” variant of it where the third stroke is vertical (in Japanese anyway, if your font has Chinese variants then that’s an oversight by the creators).

That being said, the 今 you saw does clearly still have a different number of strokes than 令, so if you still decide to use it just take care to keep an eye on that.

(But of course, don’t mess with your 令)

It is a matter of typography. It seems characters used to be written like the 今 you find strange but that part of Kanjis got changed with the rise of printed media. In small printed characters it would look imbalanced otherwise and not legible.

I know little about Chinese simplified characters but it seems to me that because of the simplification there is less black “mass” in the 言 part. That would allow for writing the top dash vertical. Also the lower part became a vertical line and is matching with an upper vertical dash.

Many things in typography are actually quite deep because a lot of culture and technic is the driving force of the smallest details. I wouldn’t count it as a “mistake”.

Really handwritten Japanese is still more difficult to read. This is how the owner of a restaurant wrote the name of his restaurant for us. Bottom left is the version printed on the napkins. (The kanji version is 鎌倉.) 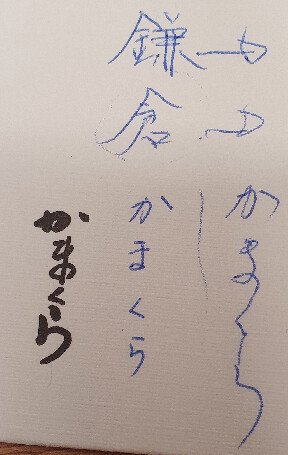 This is worse than my handwriting. And as a child I was denied recess and forced to do handwriting class at times, by my teacher.

This at least has a flow and natural feel to it. The one in the OP feels like a child holding a crayon in a fist.

I think a lot of it is people just are so used to looking at printed kanji characters that they have a hard time reading fonts and handwriting. So its not necessarily that one is particularly harder to read, and rather that it’s just harder for you to read because you’re not used to it. To me it was blatantly obvious to be 鎌倉 for what the other user posted, so I’m sure the possibility that someone would have trouble reading it wouldn’t even pass through the head of a native.

For 今 its not particularly weird for it to be more like a dot or semi vertical line either. I’ve never seen a near vertical one that drawn out though. Usually if they’re not flat and long its the semivertical dashes like this

Thanks for the pointer to kakijun, that really helped me to realize the differences in variants of the characters.
So it looks like I wasn’t used to regular script differences between 今 and 命. I already started to distinguish them based on the strokes, but it’s nice to have more information on how it’s normally written, and how it can be written in a more raw fashion.

The other font I looked at just yesterday had 教科書体 variant of 今, but now I have more background info, so it’s easier to tackle those details.

It is a matter of typography. It seems characters used to be written like the 今 you find strange but that part of Kanjis got changed with the rise of printed media. In small printed characters it would look imbalanced otherwise and not legible.

That makes intuitive sense to me, and is something that I’m gonna keep in mind.

For reference, the two fonts I used in OP were:
Shigoto Memogaki (the one that got bashed)
Nagayama Kai

I don’t know if they’re part of randomizers, because I wrote a short and simple script of my own to do that, and these fonts are part of current lineup. I’m going to keep using them as even shigoto memogaki seems more readable to me that the restaurant name posted earlier

Maybe in the future I’ll add some different ones - I have reference now, so it’ll be much easier to “get” the details if they do pop up.

That makes intuitive sense to me

I found this explanation on the Kanken site, they even recommend to always use the 教科書体 for the test if you are unsure which typeface you should write the test in. 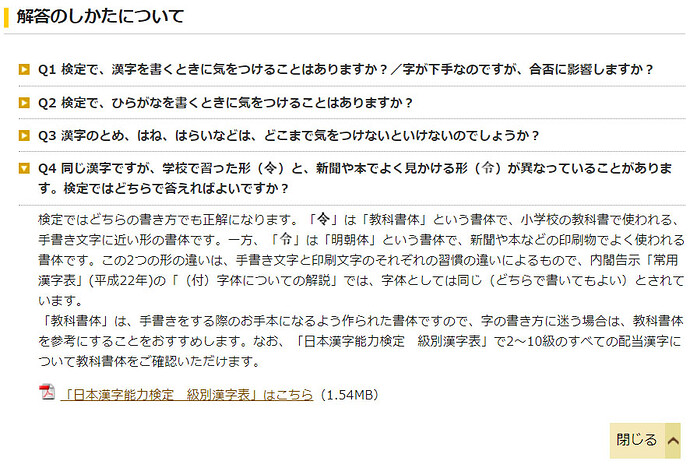 Thank you for the link, it seems they exaggerated any deviation from printed text that could occur in handwriting to the maximum, that’s why it looks a bit clumsy. I think its cute. However you think about it in terms of aesthetics, it is a perfect tool to train reading handwritten Japanese, I will do that now because I am really bad at it