As mentioned, a lot depends on your goal. Is the goal to be able to see/read something and just get the gist of it or is the goal to speak correctly and be understood by Japanese speaking persons. Incorrect choice of transitive vs. intransitive is certainly one area where what I say confuses and perplexes those I interact with. At home my wife will quickly realize my mistake and correct me (often after laughing about what I said having conjured up an amusing mental image - i.e. me with my face planted on the copy machine at the Family Mart trying to clone myself).

As mentioned, I do agree that when reading you can often quite easily understand which it is from context. The trick comes when going in the opposite direction and speaking. Then you have to choose the correct one without the aid of seeing it context. For me that can often been a quick mental coin toss and hoping I get the right one. I know it is either A or B, I just don’t remember which one is the right one.

I want the whole thing. An eventual 100% in understanding, reading, speaking, etc.

BUT, every time I miss something that I already know is “COPY VERB”, I’m just artificially delaying things.

That 100% will have to come from grammar, much more reading, actual conversations, etc.Not only WaniKani.

Why keep failing in a tool that aims to help me in the reading/understanding? (I’m already understanding it)

I think you’re very mistaken about transitive and intransitive verbs then. The difference between the verbs is (roughly) based on whether the verb action was natural or intentional. The order of the actor and the acted upon does not play a role at all in the choice of the verb. Transitive verbs can take a direct object. Intransitive verbs cannot.

I feel like transitivity is often clear from the context and particle usage, it’s a bit of a waste to just drill the words on wk by rote memorization.

That said, I have no problems usually with transitivity in Japanese, but whenever I try to think about it in English I get so confused and start to doubt my understanding

Finally installed double check 2 after I got more than 15 reviews in a row wrong because I was tired and I kept misspelling and the more I misspelled the more I got annoyed which led to more mistyping!!

…but that’s… exactly what’s happening in the Japanese…? (that the subject is the actor versus the acted upon)

The difference between the verbs is (roughly) based on whether the verb action was natural or intentional. The order of the actor and the acted upon does not play a role at all in the choice of the verb.

Like madtapa, I’m also in the “grateful to WK” camp for forcing a distinction between transitive and intransitive vocabulary verbs.

If your goal with WK is primarily to understand the meaning of written Japanese, then the transitive/intransitive distinction isn’t terribly important since English often uses the same word for both.

On the other hand, if you also hope to improve your spoken Japanese, then you absolutely must learn the distinction. Otherwise, you risk speaking “like a two-year-old”.

It’s similar to grammatical word gender in Latin languages: you will be understood if you get it wrong, but you’ll never sound remotely fluent speaking the language if you continue to mistake the forms.

I’m a long, long way from level 60, but I’ve had people correcting my transitive/intransitive Japanese mistakes for decades. I’m quite grateful to WK for helping me to systematically correct those mistakes. I’m equally grateful for it correcting my “long vowel” and “doubled consonant” mistakes (e.g. じょ vs. じょう and きて vs. きって) that are similarly difficult (and annoying!) for English speakers.

“Does not play a role at all” seems harsh and possibly wrong, though. Actor vs. acted upon absolutely helps me distinguish between 直る and 直す, for example. How else would you express that distinction in English? “To be fixed” and “to fix” seems to capture the distinction quite succinctly to me. Adding a synonym of “fix” to both might be semantically correct, but misses the point entirely.

I still make mistakes, but I’m grateful to have WK correct them in the privacy of my own studies. During my reviews, I often ask myself “would I use 何々を with this?”. In other words, “am I acting on something?”. It’s helped my reviews, but more importantly, it’s also made a noticeable improvement to my spoken Japanese.

Congratulations on level 60, regardless! That’s a truly impressive accomplishment. Here’s hoping I join your ranks someday.

I think your reasoning makes sense, and it’s up to what the developers want to encourage users to learn. But this is not at all what Wanikani advertises itself as, and really runs counter to what the developers say that Wanikani is supposed to be. Wanikani is supposedly an application to help you learn the readings and meanings of large amounts of kanji extremely quickly. Grammar is learned elsewhere, and Wanikani rightfully does not even make an effort at teaching its users grammar points. Except for some reason the transitive and untransitive verbs! And these grammar points don’t even translate well between English and Japanese! I see your point that it may be helpful to you, but I have to disagree with introducing misleading grammar instruction into Wanikani. Transitive and intransitive verbs, once you learn the concepts, are extremely easy to tell apart and can be easily recalled from a base version of the verb without having to memorize each different verb. I don’t think many people will say that the concept is a particularly difficult aspect of the language.

Sorry to revive an old thread, but I just had a review for one of the transitive/intransitive exceptions that used to trip me up:

放れる is intransitive despite the “れ”. It means “to be released” rather than “to release”. (Most verbs with an え sound are transitive, but this is an exception.)

Because of exceptions like this, I have to disagree with your statement that “once you learn the concepts, they are extremely easy to tell apart and can be easily recalled.”

I’d find it much harder to remember transitive/intransitive forms without WK’s SRS.

I think I understand your perspective, but “misleading grammar” is a bit of an overstatement. By the same logic, WK should accept “じょう” as the spelling for the kanji 女.

Regardless, we’re both getting what we want out of the site, which is all that matters.

Most verbs with an え sound are transitive, but this is an exception.

You’ve learnt the wrong pattern there. The れ just flips the transitivity.
放す is transititive as it ends in す, and so 放れる is the intransitive pair.

Agreed! Using the え sound to determine transivity is wrong.

My point was that WK is helping me correct mistakes I’d made unconsciously for years. That wouldn’t be happening if it didn’t force me to use different translations for 放す and 放れる.

The beauty of an SRS is that it trains you for instantaneous recall.

Well, I hope you know that す represents する (to do), therefore it is a ‘causative verb’. Therefore, it literally means ‘to cause to be copied’ or, in simpler to terms, ‘to copy.’ る, on the other hand, represents いる (to be), therefore one can assume that 写る means ‘to be copied’. That really helped me when distinguishing the difference between verbs like 写す and 写る.
By the way that’s why it’s not just a weird coincidence that す and する conjugate the same way (して) in the て-form.

This is interesting, but I can’t shake the feeling it’s not a hard and fast rule. Do you have a link to some source material, or where you learned it? Would like to find out more.

Also, congrats to you pakim!

It’s hard and fast enough that if there are any exceptions, they’re rare enough to be ignored. Imabi has a breakdown of the types of transitive pair and the frequency they appear.
https://www.imabi.net/transitivity.htm

Really, the best explanation I’ve seen was a comment on reddit summarising this link, but I can’t find it now. All the information is here though, and it’s written down so you don’t even have to sit through 15 minutes of creepiness

Three simple rules to make Japanese transitive and intransitive verbs much, much easier.

Using the え sound to determine transivity is wrong.

I wouldn’t go that far. It’s really helpful if you already know the matching pair!

Imabi has a breakdown of the types of transitive pair and the frequency they appear.

Great article! Thanks. I need to spend more time on imabi.

I wouldn’t go that far. It’s really helpful if you already know the matching pair!

I think we’re all highlighting the difference between “translating” and “speaking” (or, perhaps better, “thinking in”) Japanese.

Recalling a matching pair or applying grammar rules definitely works when translating, but gets in the way of conversing. Rules, reasoning, and recalling other forms of a verb are great when you have relatively unlimited time to translate.

Conversing, however, mandates instant, effortless recall. An SRS system like WK is perfect for building the mental associations necessary for effortless recall. In other words, I want to memorize which is which in addition to knowing the rules.

I think pakim249’s point is that one doesn’t need to distinguish transitive/intransitive to comprehend what one’s reading. That’s a fair point if your only goal with learning kanji is to be able to convert written Japanese into a rough English translation.

Pakim249 also made the point that by enforcing transitive/intransitive, WK conflates reading comprehension with just a small bit of grammar. I think the point being that perhaps this should have been left to something like kamesame.

Enforcing the distinction benefits my goals, however, and it would have been a shame, in my opinion, if they hadn’t taken advantage of a perfect opportunity!

I want to learn Japanese (in toto). I want to communicate better in Japanese (bi-directionally). I’ve known for years that my Japanese wouldn’t improve without learning to read, and WK has been the single best thing I’ve found to achieve that goal.

I’m incredibly grateful for the care WK’s creators have put into making such distinctions. The tool wouldn’t be as useful to me if they hadn’t.

Doubtless, I’m making too big a deal out of what was basically a minor gripe, but I’d hate to see WK relax a feature I depend on.

Thanks so much, I’d seen imabi before but didn’t engage as it appeared too dense. Think I’ll give it another go now

Meh, the way I see it is that it’s a heuristic for efficiently guessing/learning new words until I internalise them. It’s about dealing efficiently with unfamiliarity rather than a “translating/conversing split” - I use it in both. Once you internalise the rules, you apply them automatically. Besides, it’s saved me a lot of memorisation.
I won’t deny that the WK hasn’t helped me practice that, but if I hadn’t discovered those rules early on, I think it would have caused me a lot of grief. Basically I guess, I think that this just needs to be taught better by just about everyone…

@Matto3 Imabi is great, but I find it a bit too dry…I basically only use it as a fall back option when I’m looking up something specific/want more detail and everywhere else has failed me 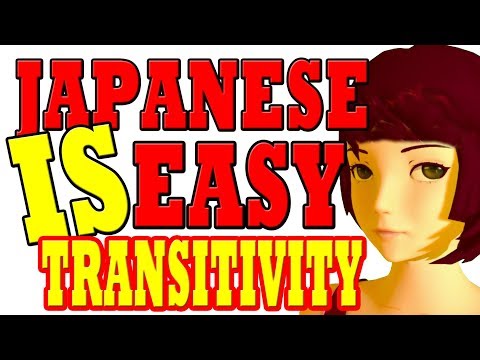 @nyocchi Are you purposly on this list or is this a coincidence?
lol

There was a problem with the address and I had to fill out a special form. (just for me)