My level 60 post, My cake, and My introduction (笑)

Well, I’ve finally made it. Honestly when I first started, I genuinely thought this was going to be around a 3 year journey for me. I had a really rough beginning as you can tell.

Anyway, before I get more into things, let me show you the cake that I am currently eating as I type this.

I believe it’s time I introduce myself since I never made the post. 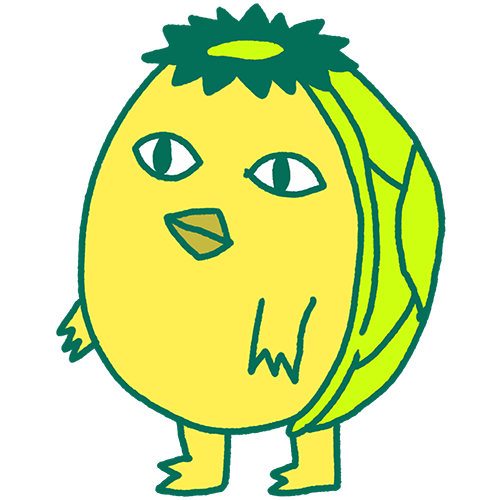 WaniKani has definitely helped me feel confident that Japanese is a learnable language, aside from the kanji, I feel like that’s one of the most important things. Thank you Koichi and the rest of the staff for working so hard on the website.

Speaking of thanking people, the whole community is great. I was genuinely shocked at how nice people were when I joined. Lots of people who interacted with me, and/or answered my questions, I’m very grateful. I’ve recommended the forums to people even if they don’t even use WaniKani with how great it is.

I’d also like to thank the draft feature, because just now I somehow closed all 17 of my tabs with some shortcut and I almost died.

If I’m going to tag somebody, I’d like to tag @icefang97 . I haven’t spoken to you in a while but you were the first person I interacted with regularly here and you were a bit of my source of motivation. I hope you’re proud that I finally made it here.

In the beginning of 2022, I was level 15, and here I am at 60. I joined this study buddy race at that time. The goal for the race was level 30, which I figured I could do since I was already half way there, but I wanted to go for at least 35 or 40. Stuff happened and somehow I ended up at level 60. Crabigator does wonders to a man.

Finally, if you have any questions about me, or my journey, anything at all, feel free to ask. I may have forgotten to write something here.

Congrats! Don’t wait to read! Seriously, JUST DO IT! As you can see (Level 20ish), I’m not super high. I was closer to 30 a while ago before I reset for shits and giggles. But anyway, I’ve really hit the books this past year hard. I’m currently reading 大中小探偵クラブ. It’s going pretty well. I just finished the first 3 books of さっかになりたい！ as well. I got started using my WK skills, Tae Kim’s grammar guide, a couple of native speakers to help, and Tadoku graded readers. It took me about a year, give or take, to get to this level from basically zero reading ability. If you’re level 60, then you are GOOD TO GO! がんばるね！

Congrats, man. That’s a pretty insane pace you hit for the 2nd half there. Inspiring stuff, thanks for sharing. In general seems like you’re ahead of the curve of your peers, definitely ahead of where I was with my studies at 20, kudos. Hope you trip goes well too, I’m also looking forward to taking one and applying some of this Kanji knowledge in practice. Really stokes the fire in you when you start to realize you can understand a lot of what they’re saying in anime/manga, let alone in real life.
Congrats again, enjoy your cake. 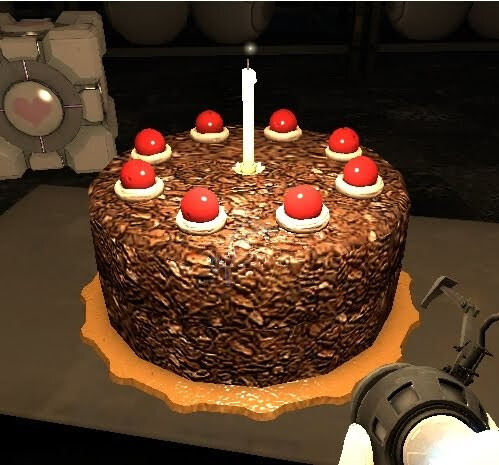 That’s really impressive! But yeah, I definitely have something in mind to read soon. I think I just want to be a bit more solid on manga first. Maybe after I finish the 5 volume series I just bought, I’ll go to the LN world.

Really stokes the fire in you when you start to realize you can understand a lot of what they’re saying in anime/manga, let alone in real life.
Congrats again, enjoy your cake.

I still remember the first time I had that moment. The word was 進化 that I heard. And thank you, the cake was nice

I didn’t know you were so young (or wait, is it me who is so old

), but congrats! I feel like completing Wanikani is not only great for Japanese but also teaching you a valuable life lesson: if you put your mind to it, and keep at something, even a little bit everyday, it goes a looong way! So that’s great for you that you’ve learned that at 20 yo already, going to be useful for you the rest of your life

And you’re right, never heard of your other mother tongue, going to have to look it up

Have fun on the rest of your japanese journey, and agreed with you the draft feature is amazing haba

congrats on level 60 and the cake.
I’m surprised you tagged me but I’m glad I could be of any help. I’m proud you made it all the way up here.
Don’t wait too much before starting to read. I started light novels when I was around level 30 if I remember correctly. It’s awful at first but you need to get used to it. I still can’t read as fast in Japanese and it takes me some effort but it’s so much fun. At first I took an hour per page without understanding much so I’m sure you can do better than me. You will never be ready for it because it is a real challenge so get used to it as quick as possible and your learning just increase that much faster.

Speaking of thanking people, the whole community is great. I was genuinely shocked at how nice people were when I joined. Lots of people who interacted with me, and/or answered my questions, I’m very grateful.

I know right. I had the same reaction first. Since everyone here wanna learn and grow then we all help each other. Such a nice forum.

And the question I have for you is “What was the hardest moment you had with Japanese learning?” What was the most difficult to learn or what moment almost made you drop learning it. Then what was the best one.

I didn’t know you were so young (or wait, is it me who is so old

Thanks! I would have assumed I’m a relatively normal age, though I wish I could have started even earlier. I envy a child’s ability to learn sometimes.

Thank you!
I wouldn’t forget you, I had a great time talking to you back then

At first I took an hour per page without understanding much so I’m sure you can do better than me.

Yeah, that sounds unbearable. I don’t think I’d be that slow luckily, but I just know I don’t have the vocabulary in order to understand it that well. By the way, what did you use for your vocabulary?

And the question I have for you is “What was the hardest moment you had with Japanese learning?” What was the most difficult to learn or what moment almost made you drop learning it. Then what was the best one.

I guess it’d be kanji being the toughest? Still have trouble reading it from time to time. And I’m not sure if I ever did feel like dropping, maybe for a short period of time in the beginning, when I tried to read and realized I knew nothing. For my best moment, it’d probably be when I read a manga chapter, understanding 99% of it, with no trouble.
Seems like my answers are quite lackluster but this is all I can think of.

I wouldn’t forget you, I had a great time talking to you back then

Ha ha ha. It’s called being stubborn. I’m reading that book whatever the difficulty was.

By the way, what did you use for your vocabulary?

Kitsun The person who made it come from this forum if you didn’t know about it. It’s really good and I still use it to this day.

Seems like my answers are quite lackluster but this is all I can think of.

Don’t put yourself down. I’m not expecting a novel of the year here ha ha

Congrats on making it! 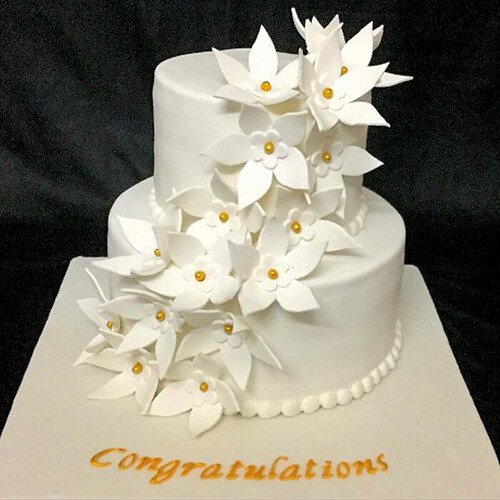 Kitsun The person who made it come from this forum if you didn’t know about it. It’s really good and I still use it to this day.

Interesting, I never actually checked out what kitsun was before now. I’ll definitely have to think about it, since it’s another SRS system, I am not sure if I want to keep SRSing. But I’ll keep the page bookmarked in case I feel I need it. Thanks for letting me know about it.

my mother tongue is Sindhi

Woah. Did not expect to find another Sindhi native on here. Wild.

Grats! That pace at the fast levels is impressive

I love the whale cake

Plz. Tell us what you can about your strategy: How you managed to do those last levels Superfast

which scripts to use, which kind of drug to skip sleeping (that’s a joke of course

, I mean your schedule) and which songs you listen in the background to keep motivated… Everything can be of use for us, simple mortals trying to follow the Crabigator.

For scripts, Reorder Omega, double check and item info expander more recently. It helps a lot because I eventually realized how much time I was wasting having to click to expand details.

While not a script, a big thing was setting flaming durtles to Anki mode, letting me just go through some reviews while playing games like in between matches. I also started putting wanikani on my second monitor so I could do reviews while watching stuff on my main monitor.

For music it’s just whatever I like at the moment, like anime songs or whatever. For example, I’m currently watching Bocchi the Rock that’s airing right now, and it has some nice music, so I listen to that sometimes.

Despite my pace, I usually don’t recommend it to others, only something you should do if you have the will to do it by yourself. It’s something that I decided on my own, not influenced by anyone else. It just boils down to, do you want to experience pain everyday just for level 60?

which kind of drug to skip sleeping

you can’t fool me, undercover cop!

Grats man, well done!
Good on ya’ for sticking with it and getting to the end, and at a pretty dang good pace to boot!

I recently made a topic about the fast levels, how others experienced it. My first one starts this tuesday. I hope I can keep up the tempo that you managed! And no the goal is not to get lvl 60 just to get… level 60, but you know how tiring it is doing it in this tempo, I’m looking forward to have a little bit less pressure after doing this since March

Oh yeah, I did it so I can get all the kanji in my head, so that afterwards it’s only review. It feels better reading and recognizing most kanji even if I don’t remember how to read it, easier to learn from a search up as well since it’s just a refresher rather than a first look at it.

Congrats!!! Happy you made it