Some more mimicmethod, this time for /#/ or chi.

I caught a cold and didn’t do any listening yesterday. But I’m feeling a bit better today. I’ve watched a video by さいとうなおき on YT.

On November 22 I’ve listened to:

I’m really tired again today, and have a headache that I can’t shake off, so I suspect I’m coming down with a cold. Which sucks, but also makes me feel slightly less bad about my inability to comprehend what I was listening to yesterday!

Today I relistened to the episode of Nihongo con Teppei for Beginners that I tried to listen to yesterday. I managed to understand most of it today though it was still harder than usual.
I also listened to another Culture Class: Essential Japanese Vocabulary lesson from JapanesePod101. I already knew all of the words featured in this one as they were very simple.

I also did a little bit of unplanned casual listening practise today, as I watched the Golden Joystick awards and some of the winners gave their acceptance speeches in Japanese. I was mostly just reading the english subtitles, but it was fun to catch bits and pieces of what was being said too.

tis the season for it, but still sucks. I’m still getting over mine so you have my sympathies!

I listened to some more random crime youtube. Today was one about profiling, in which I realized a show I watched once basically took a real life case whole and threw it in as a plot arch and I didn’t notice

Yet I still can’t properly describe it.

Let me try: It’s a lavishly illustrated dystopia divided into two worlds, the Hole, and …not the Hole? There’s violence and gore and dead bodies aplenty, but there’s also mouth-watering food depictions in each episode - often at the same time. The main character’s head is that of a lizard, and the women are as far from girly as you can go. There are several sympathetic characters on both sides, even though each one of them casually kills about a dozen people each episode. (There’s also magic and mushrooms, if that helps.) The rules of this world, or what on earth is going on, is still not even remotely clear to me, and probably never will be. Yet I’m at the edge of my seat watching the bizarre goings on. Oh yes, and it has several lighthearted and humorous moments in between the killings and the body parts and the dystopian city going to seed in the background. What am I watching and why do I like it?

the Hole, and …not the Hole

I see you’re back to the standard topic

What am I watching and why do I like it?

Love this anime. Felt exactly the same when it was recommended to me, ‘there’s a guy who’s head what? what? just what?’ After watching so much stuff where you know where the story line is going, it’s a real treat to think, ‘I have no idea what’s going on, what’s going to happen…’
Think there was just the one season on netflix when I saw it - though it is based on a manga.

Felt crappy yesterday but managed to listen to Teppi a little bit. Spotify skipped me back 20 episodes or so for some unknown reason, but that suits me as relistening is useful. Also picking up on certain words he uses a lot for conversation flow なので、だけど and using them with in my (crappy) conversational Japanese. Dropped in a cheeky little 基本的には and a couple of naughty 是非是非’s this morning, won’t lie, I feel like Japanese conversational champion of the world for a second afterwards - still can’t conjugate verbs in real time so any cuedos gained is quickly lost as I stumble over して…み…な…ければ…いけません

After listening to Teppi, N5 drills seem ridiculously s-l-o-w , so even the more frustrating when I don’t comprehend them fully. だけど I read my N5 listening comp book and it said the aim of one of the もんだい on the test is to throw Japanese at you that your level won’t comprehend most of, and so see if you can extract the important information. @Twelvewishes they normally come near the start of the test, so that feeling of ‘ugh I don’t understand most of that’ is by design! Previously I had definitely caught n4/n3 grammar patterns and thought ‘hey! this is N5’ - so that explains why.

It’s flattering that you assume I did these N5 listening exercises out of a genuine effort to understand them.

I only did them to put my current efforts into context because I do not want to fall prey to the fallacy where I assume I know enough when in fact I know nothing. So I don’t need to know how they work. I only needed something to keep me from overestimating myself.

I see you’re back to the standard topic

You know, I never even noticed until you pointed it out! Probably because it’s not even shaped like a hole, and it’s called ホール instead of 穴? But yes, apparently this is my niche now. And I haven’t even started reading my other “horror” book, about a guy who compulsively enters any hole he comes across.

yes, I know how it sounds

Think there was just the one season on netflix when I saw it - though it is based on a manga.

According to Wikipedia there’s only one season overall: 12 episodes and 6 OVAs, of which Netflix has one (whatever an OVA is, I really have no idea)
Yes, based on a manga, completed in 23 volumes. I just checked out the sample, and the art looks basically the same, really nice. It’s a shame the manga is black and white only though, colour really adds a lot to that strange world.

As far as I can remember an OVA is like an extended episode, so might be 30-40mins long as opposed to 20 or so.

Small update after a long while, gave a bit more context in the read every day thread.

I’ve been listening to YUYU a fair bit lately, kinda grew on me the format and what he talks about. It’s a pretty comfortable podcast to listen to and the way he talks seems to keep my brain not losing focus or interest. No rambling for the most part, straight to the point and generally well divided sections. The length of the episodes also makes it easy to fit one here and there. I enjoy a lot his 怖い話 and 都市伝説 episodes, he gets so immersed in them. Only listened up to Vol.27 so far but I can see myself catching up eventually until being up to date, which always seems like an almost impossible thing to do when it comes to longerish podcasts.

. Definitely getting a bit more listening just from that alone.

I watched 日本語の森’s N3 grammar 1-hour summary. For reading and listening purposes, many are primarily just (old) vocabularies for me; but of course, that isn’t always the case.

To me, ～よう is both confusion and elucidating at the same time. I think it is actually called 意志形. I am pretty short of what to call ～ず very specifically (but Notion has comment feature). Perhaps I should check some 国語 clips for natives later. Also, I don’t feel I can differentiate 地震 and 自信 by sound at all.

I am only OK with around 30% to all grammar points, so practically, I would fail the exam; even not accounting for misuse and misconjugation (misjoining).

Enhancer for YouTube™ - Chrome Web Store makes screenshooting pretty streamline, but I need to turn off Ask where to save each file before downloading, and make Youtube Enhancer controls always visible.

I have been to Tsukuba before, but I don’t know much of the outside, only taking a train to Tokyo. That was probably the first study trip to Japan.

Actually, I saw N3-N1 of 1-hour each in my phone’s notification for a while, but have been putting them aside; but today I also see N3 listening comprehension of around 30 minutes.

Thank youu ~
Hope you get better soon as well!

Today’s mimicmethod exercise was for /%/ or j. This was especially tricky for me because I’m used to overenunciating it as dsch. Gotta learn to tread softly…

Watched the newest Chainsaw Man, 乃木坂工事中, and the rest of the first episode of Shield Hero. Wasn’t super active yesterday with Japanese study, but did enough to maintain for the day.

Today I listened to Episode 96 of Nihongo con Teppei for Beginners.

I also listened to 3 more Culture Class: Essential Japanese Vocabulary lessons from JapanesePod101. They don’t contain a huge amount of Japanese to listen to, just a few example sentences - but they are ok to listen to while I’m only half listening while I write my diary.

November 23rd
What did I listen to?: ONEUS 日本アルバム「Dopamine」リリース記念特番
How much time did I spend listening?: 1 hour, 15 min

I am currently out of town again so I really didn’t think I’d be doing any reading or listening during this period, but lo and behold, Oneus is promoting in Japan right now and they did a live stream thing earlier today so I thought, what the heck, let’s give it a go xD (For context, Oneus is a k-pop group and I love them with my whole entire heart). They introduced themselves in Japanese at the beginning and I thought this was so cute - one of the members’ names is Keonhee (건희), which gets katakana’ed as ゴニ, so he introduced himself like 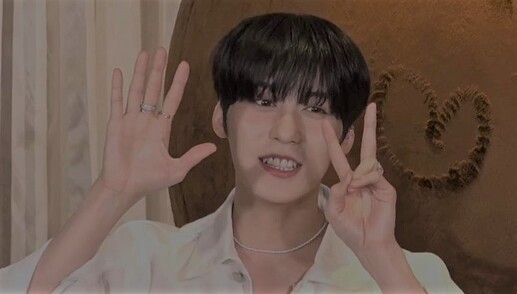 PLEASE KEONHEEEE I love him

My listening was incredibly chill today. I basically tried to figure out Twitcast (hilarious name) and watched some very chill videos. I also got this fun sign up prompt: 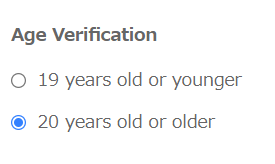 That could have been a check box, or a yes/no, but instead it was this and for some reason it amused me.