Is 九 a radical or a component?

Hi everyone! So I have been studying seriously for a couple of months already and now I just found wanikani because I was trying to understand better the kanji. I have an issue with the radical 九.

I have been looking how kanjis are made and I have found that the kanji are made by radicals and components.Each kanji only has one radical, but the parts of the kanji can be also Kangxi radicals. The radicals are the 214 Kangxi radicals with their variants and the components are other parts that can be kanji by themselves right?

Another example:
語 is composed by the radical 訁(⾔) and the components are ⼝ (which is also a radical) 、五(which is a component)

So my question here is, for wanikani everything is a radical?九 and 五 are also radicals?

Radicals on WaniKani aren’t “official” by any means. It’s better to think of them as visual components you can use to easily recognize various kanji. The only purpose of radicals within WaniKani’s system is to help with mnemonics. The radicals listed and names used for them are thus different from what you’d find on any other list.

I guess some radical names coincide with other sources though.

But in principle it’s like you say, WK does it’s own thing - and it works fine as a way to learn kanji.

I am not questioning if it is good or bad, I just wanted to know. I think every site does their own interpretation of each radical, part, component, because in all the sites I have been looking info each definition is a bit different than the other. In some books also 一 is ground and in other is directly one.

I’ll give it a try for the learning and see how it goes. Thanks!

While this advice may be more relevant for you towards later levels, a particularly helpful resource when learning a new radical or kanji on WK can be this userscript adding semantic-phonetic compositions. It really helps point out a component that WK might have broken down more elaborately as radicals and gets you looking at those patterns as another hint to what their reading might be.

Whenever I encounter a new radical or kanji and I see some sort of differentiator, I make sure to write a lot about it in my Notes to keep it sticking.

@aqpoyo I think the distinction between radical and component is made moot by how WK teach you kanji. They are just all “radicals” however you define that.

I think for those who want to get up and personal with the kanji (learn etymology and more official definitions etc), then you’ll just have to do that outside of WK. WaniKani’s goal isn’t as lofty as that - it’s just reading and typing competency - which is a pretty good deal imo.

But, some users here clearly know a ton about kanji history and etymology so I’m sure they can give you more tips about resources that go more in-depth on the subject.

@my_angel_hifumi Yeah, the Keisei-script is awesome! It’s a good compliment to how WK teaches you the kanji, so I second that recommendation!

The reason for differentiating radicals and components is if you’re going to look the kanji up in a paper kanji dictionary or take the Kanji Kentei exam. The creators of WK have said they probably should have just named everything components or something other than radicals, but they haven’t pulled the trigger on making the change.

Also, note the following when using a paper dictionary:

With every kanji there’s a single official radical.

From: How to Look Up Kanji You Don't Know

Pretty much everywhere outside of that, they’re really talking about components.

I found also KanjiAlive which is a good one for the variants. The only problems is most of the variants you need a special font so it can be displayed and what I am doing now is with an excel sheet I just put the number of the radical and it tells me automatically the meaning, the lecture and the symbol. I am trying to make also notes on evernote with each kanji for further studying, trying to put also the stroke orders, some examples, the differents readings, etc.
Like this: 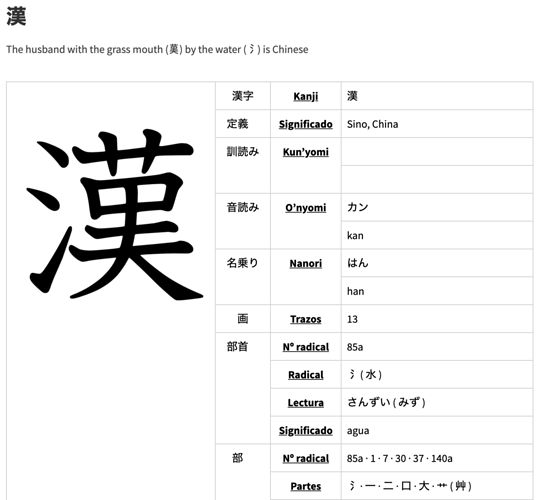 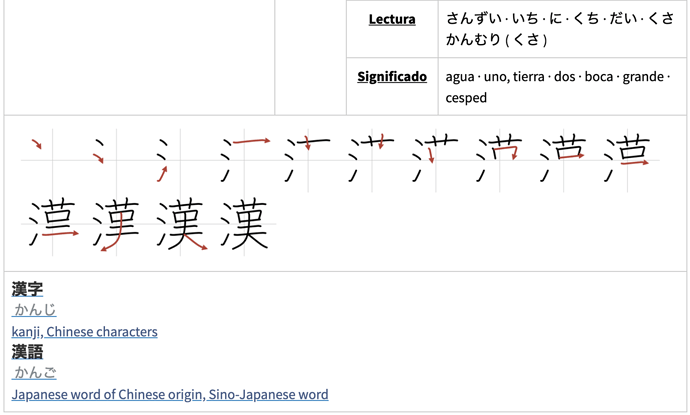 Maybe it-s a bit too much but will see where it goes.

BTW it-s in spanish because that is where I am from.