Yeah, I’m interested in this too… I never know if it’s cow or noon

The cow has a horn. Thank me later

To supplement the Niai script I recommend using the Item Inspector as an easy way to view visually similar kanji.

You can create different item lists, though I mostly focus on my leeches. When hovering over a kanji, you’ll get a pop-up like this:

It makes it easy to get that overview. I hope this helps!

Good luck with your studies! 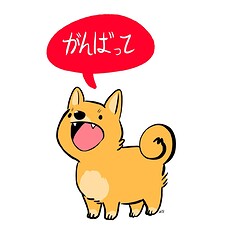 Edit: I missed the fine-print.

so I can review them easily outside of WK.

The Item Inspector has an export feature also, so you could use that to review items outside of WK.

I did have a poke at the item inspector (honestly one of my fav scripts), but unfortunately it looks like even with exporting a list, you don’t get the meanings/levels of the visually similar kanji, so still have to find that manually

There’s a ton of options for what to export and I’m not that well-versed in all the possibilities. @prouleau Is there a way to get what OP wants? (a way to review visually similar kanji outside of WK)

I think that this changed my life. Thank you, haven’t been able to invent any good way to remember these two.

or is it a unicow?

Hmm, do the similar kanji have to be the exact ones that are listed on WK?
I know there’s some data on visually similar kanji here, I think it would be reasonably easy to merge that list with WK data.
(assuming the item inspector can’t somehow do this after all)

even with exporting a list, you don’t get the meanings/levels of the visually similar kanji,

The procedure would be.

I mean more that whilst it can export me a list of kanji/meanings and the visually similar items, I don’t think there’s a way to make it show the meanings of those visually similar kanji as well, so I still need to manually get hold of those, where ideally I’m looking for something that’s more like:

Basically I want to be able to easily reference which kanji are visually similar to each other, and what those kanji mean, so that I can develop a way of remembering the differences between them (such as the ‘cow has a horn, noon doesn’t’ example people were discussing above)

You are right. There is no way of doing this in Item Inspector.

Oh my god, thank you so much! That’s honestly life-changing <3

Wellll I didn’t get an answer to my data question, but I tried anyway 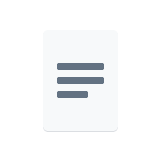 Like I said, it’s not necessarily the same as the “similar Kanji” section on WK, but I hope it’s somewhat useful anyway

The similar kanji data is from here, WK levels from this post.

The format is a bit messy, but self-explanatory I think:

Sorry for the late reply, I haven’t had a chance to go on the forums for a bit - but WOW this is perfect, thank you so much! Exactly what I needed, now I can actually memorise the differences between the similar kanji