So in the context of multiple siblings of the same gender and same age relation are there any further terms to differentiate? Like is there a term for eldest sister for example?

and come to mind.

There is also apparently, but I’ve never heard the word used (which doesn’t mean much).

My dictionary also lists and but they are apparently less common.

Edit: I think っ子 is the most common term for the youngest child.

There’s also (and one assumes an 男 version), which may be useful.

Looking for compounds using 姉 in Shirabe Jisho, I came across meaning “eldest sister” (with being “eldest brother”), though I don’t know how common those words are. They’re not marked as common, but they’re also not marked as being antiquated or anything, so you’ll probably come across them sometimes.

(and one assumes an 男 version) 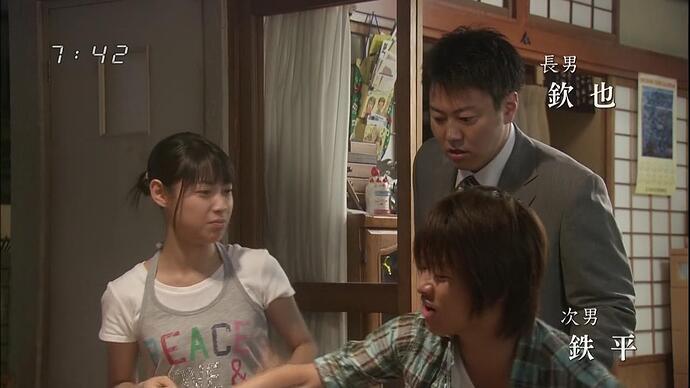 I assume you have like a whole trove of manga pages screenshotted, so you can throw fun word information at people at a moment’s notice

I assume you have

Also would there be anything for like addressing someone. Like an お姉ちゃん equivalent or would that not be be specified in that context?

Im being a weeb in filling out my phone contacts. And im trying to avoid just changing the names to katakana.