After 560 days, I finally leveled out of level 60! I know posts like these are overdone—hell, I’m looking at the “Your topic is similar to…” sidebar as I type and even mildly self-deprecating topics like this are old hat—but how often do you stick with an app for a year and a half and actually hit its terminal point?

I don’t know why that darn number to the lower-right of my avatar hasn’t turned gold for me yet, but I’m eagerly awaiting when it happens. I actually had one kanji to go for 26 hours. It felt like that third Lord of the Rings movie or that Hart brothers cage match in Summerslam '94: I kept thinking it would end and it just wouldn’t end.

I can’t thank Koichi and the Tofugu crew enough for this great app. I don’t know their usernames, but I’d like to give a shout-out in particular to Jen, Rachel, and Mami. I’m one of those users who actually does send submissions for every idle thought I have as to how to improve things. Those three had the patience of saints to put up with all my unsolicited feedback.

I really liked @dojodog’s post, so I’ll use a similar format…

Feels good to get all that off my chest!

Anyway, WaniKani is to my Japanese what Drawing on the Right Side of the Brain by Betty Edwards was to my drawing skills: I feel like I’m really doing the thing now instead of just hoping I’ll git gud someday. Not just as a Japanese learner but as an ADHD haver, knowing that I have it in me to see this all the way through counts for a lot. Not just in Japanese but in life. I have tangible proof of my discipline and willpower, and that means even more to me than knowing I can play more video games!

And now that I’m stuffed full of kanji, it’s time to play a lot of video games.

Thanks for taking time to write down your experience. It is quite helpful. I am a fan of Level 60 threads, they are a treasure trove of useful tips/tricks/information leads. You never know what ignites a spark in a fellow Durtle.

There is a ADHD thread in the forum if you wish to join and converse.

It takes a lot of patience and concerted effort to make it to Level 60. So, KUDOS to you Brand san

Good luck on your future endeavors and learnings

P.S: Log out of the forum and login for the level to change from 59-60

Big congrats on making it to the end!

Well done! This was an interesting and balanced read I thought

It’s probably past the time for being useful to you now, but the one Japanese learning tool I have found (and what I ended up migrating over to from WK, though it’s not specifically a kanji resource) that focuses on giving you the skills to be able to transition to learning Japanese in Japanese and using J-J definitions is Jalup, specifically the Jalup intermediate deck: Jalup Intermediate - Japanese Level Up

Unfortunately it also doesn’t have pitch accent info included though

if only there was one tool that covered all bases!

Not just as a Japanese learner but as an ADHD haver, knowing that I have it in me to see this all the way through counts for a lot. Not just in Japanese but in life. I have tangible proof of my discipline and willpower, and that means even more to me than knowing I can play more video games!

I’m still an absolute beginner but this has been the best thing for me too! I’ve tried and bounced off so many hobbies over the years: learning an instrument, learning to draw, creative writing etc., it’s wonderful to have finally found something I can stick with.

well done!
there are never enough level 60 posts. i’m sure i speak for many when i say they are inspiring and provide a lot of motivation. yours is packed full of good points as well. 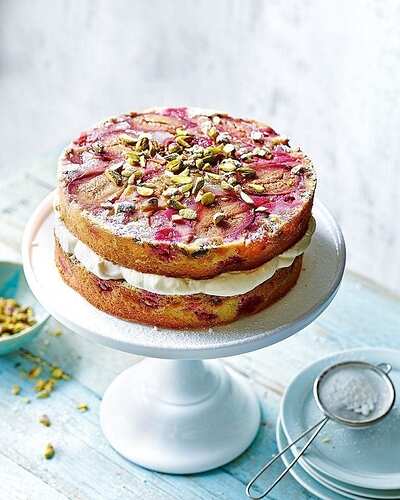 Great post, @Brand_S! Some funny stuff in there, too, as well as informative and inspirational!

I’d like to see all the vocab that I’m qualified for in the same level as their highest-level kanji. It always felt onerous leveling up and then seeing 50 more vocabulary that I could’ve started on a level ago.

I might not be understanding the situation you’re describing correctly, but if I am then there’s a setting in the Settings > App section called “Lesson ordering”. If you set it to “Ascending level then shuffled”, then you get vocab, kanji, and radicals all in a random order but earlier-level items always come before later-level items (when doing new lessons, review ordering remains the usual SRS ordering).

Effectively what this means is that when you level up you get a mix of all the new vocab mixed in with all the new kanji and radicals. Therefore, you end up whittling down that pile of vocab as you go through the level. It also means that your kanji and radicals are more spread out, so you don’t have to do a whole bunch at once. Personally, I find that it makes the pacing of the whole site much more ‘steady’ rather than ‘up and down’. And I never end up with a huge pile of vocab at the end of one level (or, equivalently, at the beginning of the next level).

One possible ‘drawback’ of this setting is that you won’t be able to do a ‘speed run’ of WK using this pacing. Instead, things are more ‘spread out’. But personally – having previously tried to speed through WK and subsequently having to reset when things got overwhelming – I much prefer this more steady pace. So it’s not really a drawback for me, it’s more like a ‘feature’.

I wrote more about this feature, in more detail, here:

Hey fellow Durtlers, I have a tip for those who might not know about it (sorry if this has been suggested already, I haven’t had time to read the whole thread): If you go into the User menu on the main site (your icon in the upper right corner), and then select Settings > App, among the various settings there is one called Lesson ordering. If you change it to Ascending level then shuffled, I personally think that’s the ‘best’ basic setting (without requiring any plugins/addons) for Durtling the…

Congratulations! And thank you for writing such an thoughtful and interesting post!

Grats, I lost interest in making mine halfway.