All plugins stopped working in Chrome

Updated Chrome a couple of days ago: Version 106.0.5249.119 (Official Build) (64-bit)
All was going well until this afternoon.
Anyone know why all my plugins stopped working?
Anyone else having the same issue?
F12 Console:

I don’t suppose you have any privacy extensions like Ghostery running do you? If so, you may need to add exceptions in order for your scripts to work. Otherwise, make sure the script provider extension and scripts are up-to-date.

Not Ghostery, but Ublock Origin. It’s turned off for WK. Would I need to add Tampermonkey to its exceptions somehow? I’m not clear about that cuz they’re extensions, not actual domains. Or am I misunderstanding something?

Either way it’s not Ublock Origin - I had that as well and mine worked. I just updated to the latest version of Edge and I’m able to reproduce these issues for Reorder Omega and Self-Study.

Just to clarify: The reorder script still appears to actually be working, it’s just throwing an error in the console. The self-study appears to be actually broken - button still appears on the main page but the context options are missing.

Installed TM scripts if that helps anyone figure it out: 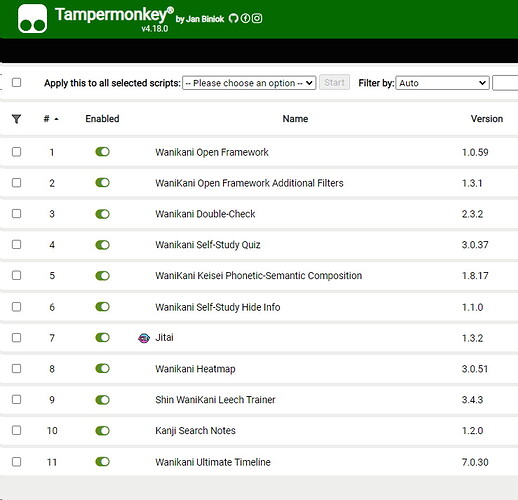 I had the same problem and restarting tampermonkey fixed it for me. You have to go to the settings page and enable advanced settings, then there is an option to restart it.

Thank you, I did restart TM via Advanced settings. I tried disabling all plugins except the one or two that I really use, too.
Thanks for your tip about common plugins. I’ll keep trying the usual steps. Hope I don’t have to roll back Chrome. That’s a bit of a hassle.
Any further observations appreciated. 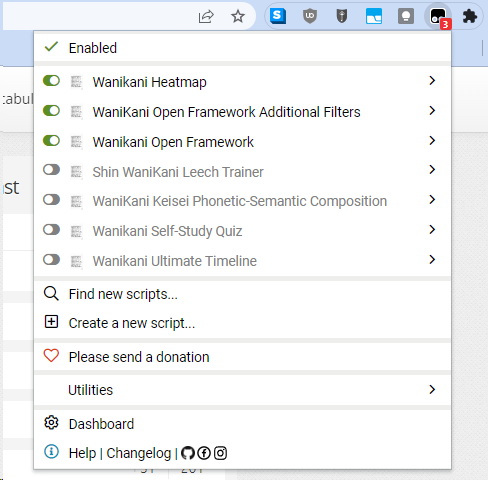 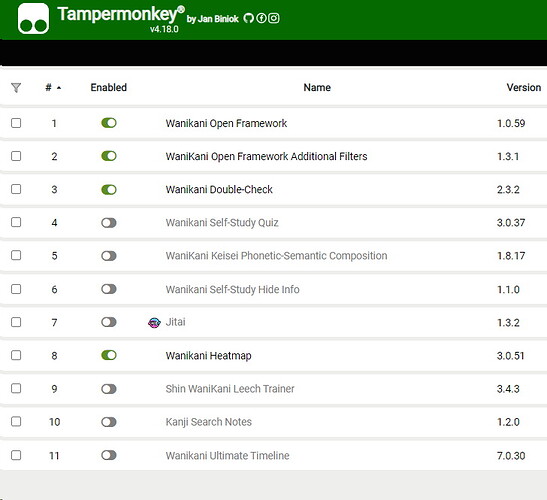 switching to tampermonkey beta fixed it for me 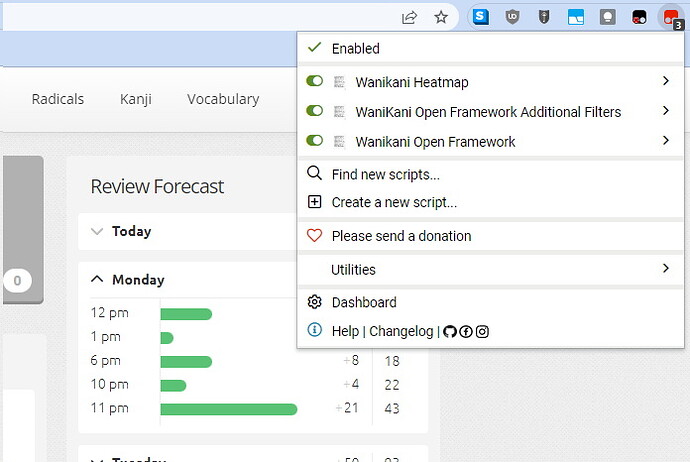 Im on chrome and I think all(most?) of my scripts are working, 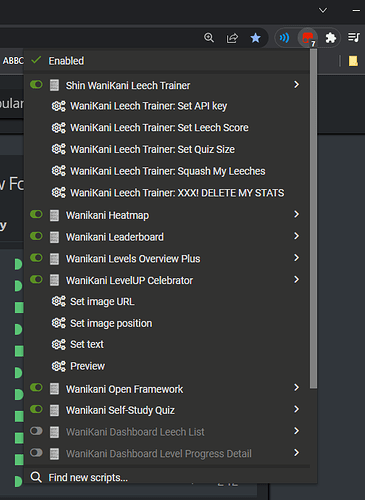 It won’t on the dashboard. Double Check doesn’t URL match with that.
After the update I regularly get no scripts running - TM doesn’t even list any (enabled or disabled).
Clicking “Create New Script” and then opening the “Installed scripts” in the TM dashboard reminds TM/Chrome that there are in fact scripts, and a refresh then suddenly gives me the scripts back.
Would love to know a perma-solution, because it’s a pain and seems unpredictable at the moment.

(before and after dashboard open and refresh =>)

Having the same issue, too. I need to keep refreshing pages for the scripts to load and work. Really unfortunate…
Gonna follow the thread in case anyone finds a solution.

Ive been having this issue for months. I don’t know when exactly it started, but about 50% of the time tampermonkey just doesn’t load scripts onto the page. I have not figure out the cause yet.

I also had this issue a while ago. I fixed it by disabling (not removing) the tamper monkey extension in my browser, restarting the browser, and then re-enabling it. It seems to be this issue:

Tried your idea of cycling TM on/off in Chrome>Extensions with a full restart of Chrome. Nothing good yet.
In your understanding is it a Tampermonkey issue?

Thanks for posting before/after. Once the scripts load for you do they run properly?
If I understand, I think I’m seeing them loaded but not running. 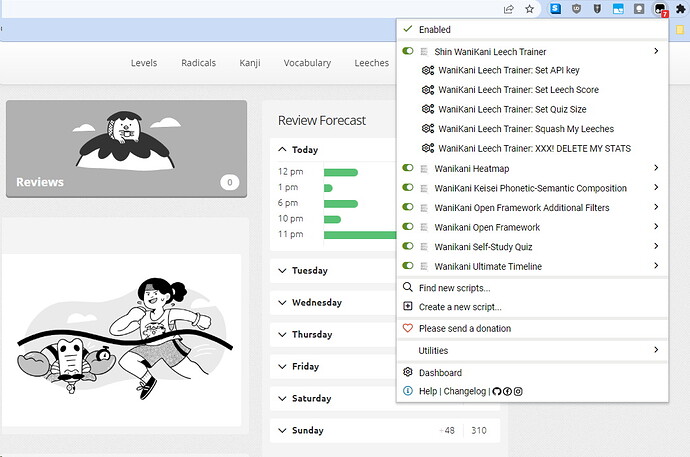 After trying @gijsc1 's suggestions (cycling TM off/on in Chrome>Extns) I have this slew of errors in the Chrome F12 Console: 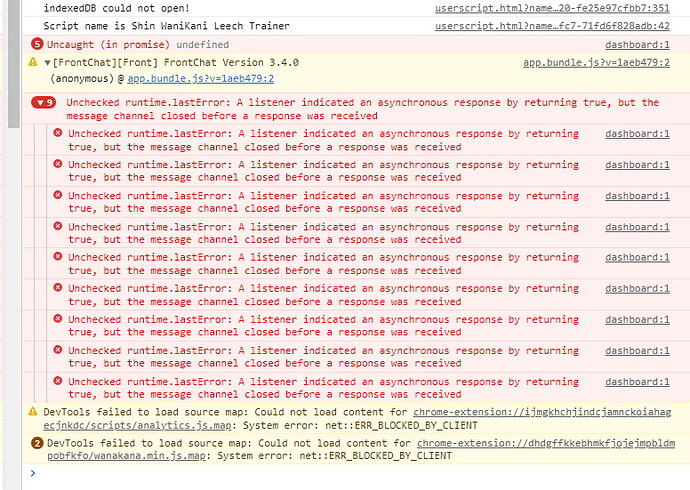 TM Beta Oct 241480×485 176 KB
Timeline, Double-Check and Heatmap all working.
So I guess it’s a TM/Chrome issue and the difference between TM and TM Beta is enough to solve it.

Edit: still getting all those errors in Console and more, but none seem to break it yet

I just swapped to violentmonkey on my chromium browser, and the problem is solved. Looks like current stable tampermonkey has the issue.

You can export to zip in Tampermoney, and import that into violentmonkey also, if you have many scripts and don’t want to re-add them all manually.