I was surprised today to learn that Japanese weather forecasting channels report on this as part of their standard programming.

According to this article, the dust is seasonal and comes from the deserts of Mongolia, picking up air pollution before being swept down to torture people’s allergies and their health.

It got me thinking. When I picture desertification, I typically think of slowly encroaching desert edges and the loss of lush green forests, water, and oxygen. I don’t usually think of apocalyptic dust laden with pollution descending on me from the heavens. It reminds me of that crazy dust/lightning storm in the 2015 Mad Max movie.

Has anyone experienced this before? 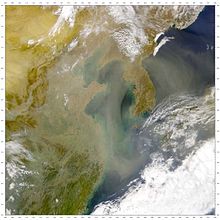 Asian Dust (also yellow dust, yellow sand, yellow wind or China dust storms) is a meteorological phenomenon that affects much of East Asia year-round and especially during the spring months. The dust originates in China, the deserts of Mongolia, and Kazakhstan where high-speed surface winds and intense dust storms kick up dense clouds of fine, dry soil particles. These clouds are then carried eastward by prevailing winds and pass over China, North and South Korea, and Japan, as well as parts of...

I lived in the Canary Islands, a province of Spain off the coast of Morocco. They get dusty weather a lot when wind blows in from Africa, they call it Calima (the only reference on Wikipedia I can find is a section in the article about wind.) The sky gets brown for a few days and things get covered in dust but it’s not a big problem.

I guess this phenomenon is similar to that.

Dust storms are a reasonably frequent occurrence in eastern Australia: 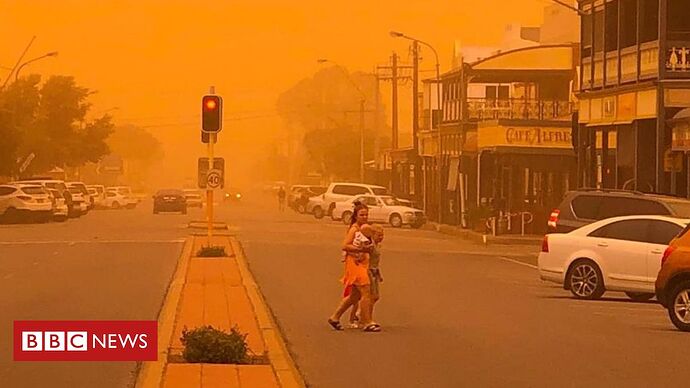 In general, perhaps. The Sydney one in your second article was extremely unusual. Though, we did have a lot of apocalyptic skies during the bushfires last year.

Even in Germany we are exposed to Sahara sands from Africa sometimes. It’s not that the dust is visible in the air, but when it rains, everything is yellow and sandy. It’s a pretty rare phenomenon, though.

“Is there a smog-chan?” Very little surprises me at this point 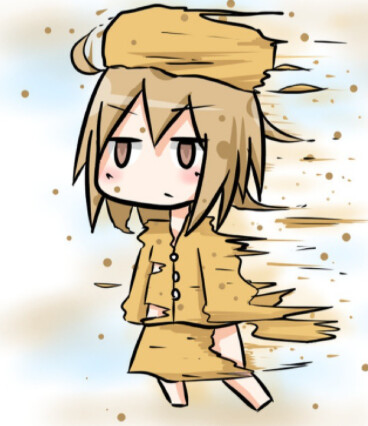 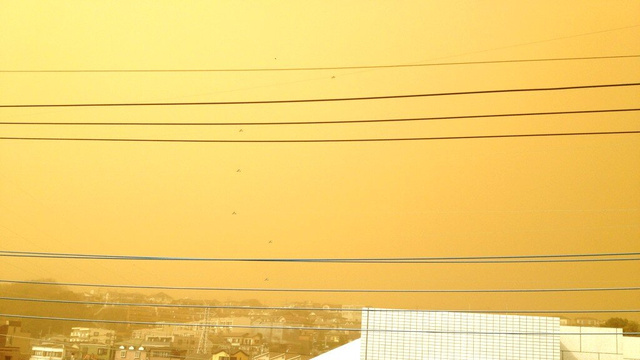 Sand, Smog, Or Something Covered Japan In A Yellow Haze

This weekend, sand storms blew through Japan. Cities like Tokyo were covered in an unreal yellow haze. Every year, yellow sand from the deserts of Mon...