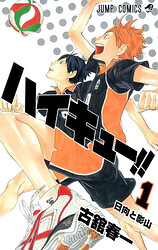 Until the end of the first chapter

Updated most of the vocab for this week, feel free to add in anything you feel is missing!

Last week I made the vocab sheet into an Anki deck (which I only am about half way through still because it was a LOT of new words for me) but I already noticed a marked difference in reading through the first ten or so pages of the chapter yesterday before the read-along - it felt more like reading and less like deciphering and that was really cool! Will be adding week 2 vocab to my anki deck too (might even try to add audio but I’m not amazing with Anki so we’ll see) - and I’m hoping that with the week off I might have caught up by the time chapter 2 comes along!

It’s a very basic deck I’ve made and very much just focused on getting the meaning down (so kana + kanji on one side, meaning on other - then I also have that flipped) but if anyone that also finds Anki hard would like me to share (or of course, if there are any Anki wizards that have a much better deck then please speak up

) then more than happy to! 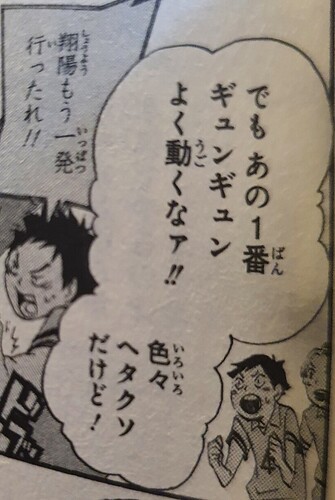 Anyone have any idea what ギュンギュン here is (top page 35)? Have tried looking it up but got nowhere!

deepl.com translates it as “squeezing” with the alternatives “whistling sound”, “squeezing sound” and “whining”. Though I don’t think that really makes sense here.

Apparently it can mean something like very fast (here’s an example where a native translated it as rapidly/at lightning speed)
I don’t actually know the word so take this with a grain of salt, but I think that makes sense in this context

ah, thanks both of you! that makes sense given the rest of the sentence it’s in is talking about Hinata always moving - before @Scylie posted that helpful HiNative link I was actually just wondering if it was just onomatopoeia of Hinata’s shoes squeaking on the court floor because he’s moving around so much and so fast!

I found an SFX list which has it as ‘round and around’, which could also fit.

I’m doing something similar, any word that comes up two or more times, I write down in the vocab list I have in my kanji notebook (I find that actually writing words down by hand helps me, personally). And I went through the second half of the chapter much much faster too ^^
But God be my witness, I shall never buy another e-copy of a manga on BookWalker (at least not one that’s merely a scan).

aw oh no - sorry the scan isn’t good. The physical copy is pretty hard to read as it is so I can’t imagine trying to read some of that tiny furigana from a bad scan!

And I need to get myself a physical kanji notebook, that sounds like a really nice idea. Just now when I write things down I inevitably lose them about two seconds later or forget what random notebook I picked up so it’s not all that helpful haha.

But God be my witness, I shall never buy another e-copy of a manga on BookWalker (at least not one that’s merely a scan).

Me trying to read the furigana for an unknown kanji.

Hey, that’s me, too. ^^ Even with the physical copy. I definitely at least need better lighting for saturday.

added the role table, add yourself in it if you want to read aloud in read aloud.

On a reading oriented note, some speculations from someone who didn’t see the anime.

The end of the chapter was interesting. i’m interested in seeing how the relationship between hinata and kageyama will develop. i expect they’ll respect each other since they both take volleyball very seriously but hinata cares a lot more for his teammate as pointed out by the senpai. This will probably become a source of fraction later on. Also I feel hinata wanted to beat kageyama and he lost the chance to do so; therefore some sort of drama will happen.

But God be my witness, I shall never buy another e-copy of a manga on BookWalker (at least not one that’s merely a scan). 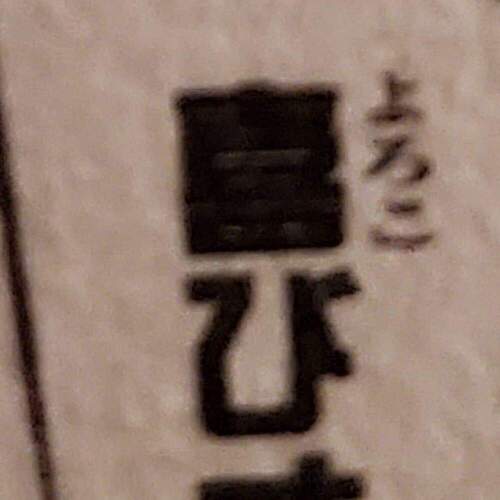 Without giving away the rest of page, that’s a kanji from this manga, from the physical copy, zoomed in as much as my phone will allow.

at least not one that’s merely a scan

I don’t think so, I’m pretty sure all ebook versions of manga are just scans of the physical pages.

Just finished reading the pages for this week! They were definitely a LOT less of a struggle than last week! Hope others finding the same

Have put myself down for Izumi on the readalong as he says little enough for that not to be too scary!

fixed the table, the first column is for the character’s name in kanji

ah okay, sorry, I thought it was for name of who wanted to read! That’s cool though, thanks for fixing it