「未」と「末」の地獄, or, how do you remember how to differentiate stupidly similar kanji?

Yet again, I have managed to mix up 末 (すえ, end) and 未 (未だ = まだ, still) in reviews. This has happened enough now that I feel I need a mnemonic to remember the difference. I already have one involving the bit dangling down to differentiate 夫 (おっと, husband), though I imagine I can’t share it here since WK forums are meant to be PG-13…

So what mnemonics do you use to remember the difference between these two kanji? What about other pairs of similar kanji?

For 末 (すえ, end), originally, it comes from 木(tree), and we put a horizontal line at the top to mark the tip of a tree, which is the “the end”. Therefore, you could try to memorize it in this way. Since this word stresses the end, you should make the top horizontal line (tree top) as long as possible to stress the meaning of “end”.

For 未 (未だ = まだ, still). It also comes from 木(tree), but the upper horizontal line originally is used to mark the luxuriant growth of the tree. Try to think that the tree is “still” growing, and the top of the tree is quite small, and will grow larger in the future.

Hope you finds it useful.

Dang, I got ninja’d. I was gonna type the exact same thing haha

These are great mnemonics, thank you so much!

As for other kanji that look very similar, well, I can’t really help xD

My tip is the following:
In 未 the first line is shorter than the second one, so there’s still room for a longer line.

that’s it lol. Somehow with that I’ve managed to burn them both.

Stuff like this is usually the biggest source of leeches for me. I use an anki deck where once I notice I’m confusing two characters a lot I put both on one side right next to each other, then their readings on the back. I make two cards, where the second has the order swapped, so I don’t just learn it based on which is on which side. I also do the same thing but with meanings on the back instead of reading (so 4 anki cards total). It’s worked great for me and I’ve noticed a significant decrease in the number of leeches. The other useful thing just to realize what I’m confusing stuff with is the Confusion Guesser addon. 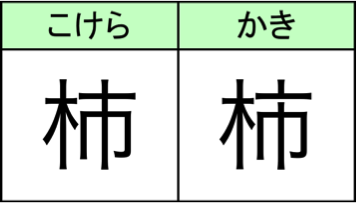 Don’t worry, こけら is basically only ever encountered as trivia with regard to their similarity.

Was this just a coincidence? 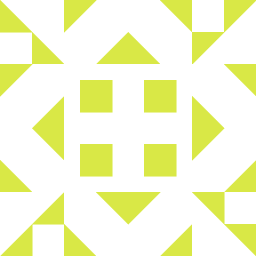 Is there a name for kanji which look very similar?

One way to think about it is by focusing less on the kanji in isolation and more on how they combine into words. You’re not likely to mix the kanji up when you see 未来 for example, since 末来 isn’t a word. If you’re worried more about WaniKani kanji reviews and/or seeing words you’ve never encountered before, more practice over time will help.

For , I feel like the choice is less obvious. You could go with 抹 (e.g. ), but relying on the above to remember that 未 is み and just thinking of 末 as “not 未” is also fine.

I didn’t know that about the kanji’s origin, that’s really interesting! Where do you find those? It’s something I wish this website taught more.

I failed one of these two kanji just today… I tried coming up with a mnemonic to map the readings to the character, since I have no trouble with those. It’s just difficult to differentiate them visually in isolation.
マツ has the first kana of マ, so it’s 末, because the first line is longer, while ミ is the second one, and so the second line should be longer, like in 未. Just to be clear, I’m talking about あいうえお.

Two words aiding with the readings might be (weekend) and (future).
Let’s see if I still remember this in five months!

I just think about how the end of 末 is longer, which has been enough for me.

Ahahah, you’ve got me good lol

I thought I’d ask there since it didn’t seem to be a question that had been asked there.

Yeah I’m also team “the line at the end of 末 is longer” for those two and have never had a problem.

…However I do have a load I’m always inexplicably confusing, even though wanikani doesn’t list them as visually similar, and ONE DAY I will learn which radical is “sickle” and which is “grain”

No, seriously, the best remedy is exposure.

Nonetheless, I can easily see the differences between the two Kanji.

for 未, the top line is not yet as long as the lower line (still shorter)
末 is how long the line will be in the end (after it has grown).

Whenever I try to learn very similar things, I make a mnemonic exactly on that tiny difference (or some other kind of mnemonic).

For example, 牛 is cow because it has a (cow’s) horn at the top, other than 午.

My eye started twitching when I read this, getting PTSD.

Another pair I keep getting wrong from time to time is 雲 (cloud) and 電 (electricity). For some reason my brain just refuses to acknowledge that bottom parts in those 2 aren’t the same. And to be honest, I have many more examples

the top line is what gives it away for me 末 is longer, so it looks finished (end), 未 is smaller, so it isn’t finished (not yet).

What about other pairs of similar kanji?

You can just Google 似てる漢字: 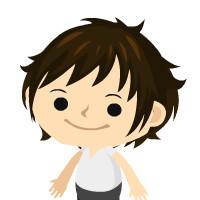 My favourite are these: