Writing on grid paper is… a lot

As I mentioned recently, I’ve been practicing handwriting on 原稿用紙 (this page has the best free printable grids that I’ve found; set your print settings to “Fit to Paper” for best results). I know non-native learners don’t usually need handwriting practice that badly,﹡ but it helps me keep kanji straight. Besides, it’s a surprisingly relaxing meditative activity.

My italki teacher showed me a pretty cool blog: Thoughts of a Cram School Teacher. This particular page has advice about how to properly write vertically, including a helpful video. It contains some rules that I thought were weird and interesting. 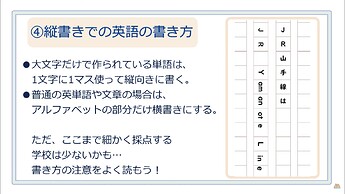 These rules can vary by school. Schools may dock points if you screw up the formatting that’s specific to their school.

I’m not sure if this would interest many of you, but as someone who has OCD, these minute, Byzantine requirements feel like they would make my brain explode.

﹡ However, there still exist Japanese companies that both ask for handwritten applications and judge applicants in part by their handwriting, including how the applicant’s kanji line up!

﹡ However, there still exist Japanese companies that both ask for handwritten applications and judge applicants in part by their handwriting, including how the applicant’s kanji line up!

I know this is pretty off topic, but I wonder just how much genuine talent has been passed over due to stupid things like these. If I remember correctly there was an article on one of the Japanese news sites where a person was qualified to take a job with a company, but the applicant was rejected because they lived in a “町” and not a “市”. The applicant had even made it clear that they would move to meet the ridiculous requirement!

I think about that all the time. When I’m in my college prof day job (I’m actually procrastinating as we speak!), the big thing I try to explain to my colleagues is “invisible knowledge,” the myriad bullshits that prevent students from achieving their goals or getting noticed because they didn’t happen to know about it. I’m trying to persuade more of my colleagues to grade around a basic idea of “does the student know what they’re doing or not.”

I’m trying to persuade more of my colleagues to grade around a basic idea of “does the student know what they’re doing or not.”

On what other criteria would they grade? Aside from teaching a student material and reinforcing it, isn’t that the entire point of any schooling?

I’m right there with you! A lot of my colleagues grade on attendance or participation, which I think is discriminatory. Since the pandemic, most of them use proctoring software like Honorlock, which I despise. Those apps commonly flag things like saccades or body language as cheating. They also require students to install software that restricts their own computer, which I think is unethical.

I’m trying to go the opposite way. I’ve been working on take-home tests (in which I anticipate Googling as part of the test) and a standards-based grading system where I grade questions as, “Did they get it or not?”, then I leave narrative feedback and give them a chance to revise. It’s really time-consuming but it’s been really mutually beneficial for me and the students. Plus I’m not looking at picayune mistakes like a stray negative sign and wringing my hands over how many points that’s worth!

That’s really interesting. I own two genkouyoushi notebooks, and I’m still kinda stumped on what’s considered the “correct” way to write things, since everyone has different preferences. It can get frustrating after a while. But thanks for the tips!

I want to be able to handwrite. Pretty badly even. Sadly, just not bad enough yet to actually begin the effort (I have so many other things competing for my time).

I admire you for making the effort. It’s definitely a useful skill. I’ve little doubt that I’ll eventually at least learn to handwrite kana, but I suspect I may never get around to handwriting much kanji. (I also desperately need to improve my English handwriting!)

I’ve zero doubt that learning to write kanji would improve my memorization skills. Oddly, I’m pretty sure it would help with production/output, too. It seems like every neural connection formed aids with input and output. Handwriting engages a lot of neural pathways.

I want to be able to handwrite. Pretty badly even. Sadly, just not bad enough yet to actually begin the effort (I have so many other things competing for my time).

I know that feeling. I’m the same way with dozens of hobbies that I have!

I’d encourage you to take a crack at it when you can, though. You might surprise yourself by how much you enjoy it or how good you might already be at it. I had notoriously bad handwriting in English too until I sat down and practiced it out. In my case, I just imitated the lettering of old Dick Tracy comics because I love that 30s art style!

But it’s been a big help with kanji. I always do that thing where I think too fast and get lazy about identifying the radicals! Writing things out has been a helpful reminder for me to stop and think, which I don’t do often enough in my daily life!

“Sorry, you’ve been passed over for now, unless you can meet requirements.”

“What? Why? My résumé meets all the requirements!”

“Yes, but your name needs to have a prime number of strokes in it. Go home and come up with a homophone.”

In my country participation in class makes up about 60% of your grade the rest is the exams. As a shy introverted student I hated that. I could get a perfect score in an exam and the overall grade would still be meh because I didn’t participate enough. Every discussion of my grade with teachers went like: IF you say something its always thought out and impressive. But you need to say more otherwise I’ll have to mark down participation as failed. But your exams show you know everything… you know what I’m nice you get a D for participation.

When I learned that participation in class is not graded in other countries I was so envious for a moment. The grades I could have had…