What's the little paper "dust-jacket" that comes on Japanese books?

All of the Japanese books I’ve bought online have come with a little bit of paper that wraps around the bottom third of the book. It looks kind of like a dust jacket, except it doesn’t cover the whole length of the book. What’s the Japanese word for this, any does anybody know what purpose it serves?

It’s called an 帯 (おび). The same word is used for belts on kimono, for instance.

The purpose seems to usually be to have some advertising content that won’t remain on the actual cover, so they can hit you with the juicy ad copy and not clutter the cover with it.

Thank you so much! I guess it makes sense that they’d be called that, seeing as how it’s like a little belt for a book 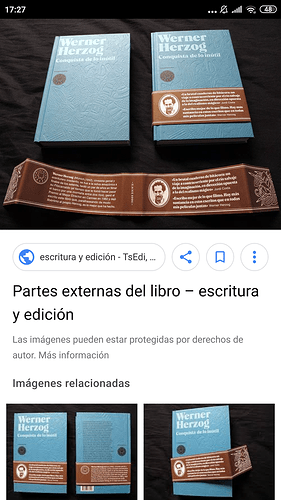 chrome750×1333 939 KB
In Spanish it is called “faja” and Google translated it as “strip”.
In one answer someone said it is called obi, “faja” is something you wear under the clothes for shaping your body so I find it kind of funny the resemblances between the names cause the obi goes around the waist and so does the “faja” (even tho the function it’s not exactly the same)
2 Likes
poiisons June 29, 2019, 9:19pm #5

Yep, that’s exactly what it is!

Here they’re something really common. Reviews from famous people and writers are usually written in there