What is the difference?

What is the difference? Between その人が買うんじゃなかったの and その人が買うんじゃなかった
The の On the end is throwing me off. After reading this 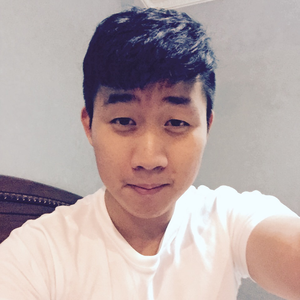 「その人が買うんじゃなかった"の"？what does the の at the end of the sentence mean? Can I remove... 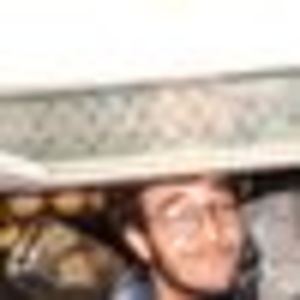 I’m confused as they seem to contradict.
One poster says that the の on the end is to give the sense of integration… and the other says its just means it’s a little more gentle.I’m confused as there is already a の in that sentence that represents the sense of interrogation? So why is there another on the end? I read through Tae Kims translation a few times, but the way he translates it doesn’t make sense to me, unless i omit the の on the end.

の at the end of a sentence can denote different meanings/feelings depending on context, including denoting a question or adding emotional emphasis/softness to a statement

The discrepancy in the responses you saw came down to one thing: the question mark

Written Japanese didn’t utilize question marks back in the day, so adding の to the end of the sentence would clearly denote that what they’re saying is a question and not a statement and is letting the receiver know that they’re wanting a response/explanation

Before question marks were imported to Japanese, it would be:

The poster who said you can take the の off was because the original sentence in question already had a question mark in it (その人が買うんじゃなかったの？), so it would be fine to remove the の and it would still be a clear question, so the の could be seen as softening the question and wouldn’t technically be necessary

In conclusion, if you’re including a question mark, you don’t have to include the の at the end – but back in the day before question marks were introduced to Japanese, a の at the end would’ve been necessary in that statement to make it clear to someone that a question is being asked

Since @MissMisc already cleared up most of it, I just figured I’d add my 2 cents. の at the end of a sentence can be used as a way of seeking explanation or answering something in an explanatory tone. Here’s an example situation.
誰がケーキを食べたの
私がケーキを食べた。お腹がすいていたからの

Thanks for your reply.

Some things are still a bit unclear to me？ because その人が買うんじゃなかった Is already a question on it’s own? The ん function the same as the の Particle？ So Why would the の on the end also play the part of a question? For example this is a question 遅いんじゃない so why dose that not require another の on the end?

understand what you wrote. but my question is why does this sentence require two の particles？as ん in the sentence その人が買うんじゃなかった bares the same function as の。

The の seems to give more emotion in demanding or giving an explanation than without it. Without the の it may just seem like a regular statement or question.

~んじゃない is the casual form of ~のではない and is often tagged onto a verb’s plain form (in this case 買う) to describe some situation in an explanatory tone / make your point / emphasize the fact or your opinion – so in this case the speaker is emphasizing that they thought that that person was going to buy something (the んじゃない is conjugated to the past form for this sentence, so this purpose is being served by the んじゃなかった)

その人が買うんじゃなかった? -->“Wasn’t that person going to buy it?”

Now, with adding the の at the end, it makes it clear that instead of simply a “yes” or “no” response from the listener, they’re also seeking an explanation on top of that

I feel like I’m missing something. according to Taekims website this is a question 遅いんじゃない So why would その人が買うんじゃなかった not also be a question without the extra の on the end?

is it because it’s past tense? and you can only ask someone a question in the present?

Once again, without question marks, 遅いんじゃない and その人が買うんじゃなかった appear like explanatory statements, not questions

In that guide, question marks are included–> 「遅いんじゃない？」 and 「その人が買うんじゃなかったの？」, so yes these are obvious questions

So with a question mark, 「その人が買うんじゃなかった？」 is a question and wouldn’t require the の at the end to be one, but instead the の serves another purpose as seeking further explanation from the listener

In regards to the extra の at the end, please refer to my comment above yours for the explanation^

The confusion seems to be with the various uses of the の particle.

Isn’t んだ Usually used in speech and のだ in writing? so wouldn’t it be right to assume that the sentence 遅いんじゃない is used in speech? and if it is my question as to why 遅いんじゃない is a valid verbal question where as その人が買うんじゃなかった is not? is it simply beceause the tense of the entire sentance is past?
or is it simply that the の on the end is not the part indicating the question and it is in fact a sort of softer tone type of thing? maybe I’m not understanding what you guys are saying? or I’m not expressing my question efficiently?
but I feel like my question is still in answered. I’m sure it will click one day if I keep going. but thank you guys for taking your time to try and explain it to me

〜のだ is pretty uncommon, if it uses the full の it’ll be with です, but even in writing, the ん version of んだ and んです are still more common. の is definitely only gonna happen in more formal speech / writing. Or when it is not followed by anything as in the above.

Anyway, this seems to be getting unnecessarily complicated here. So I’m going to make it really simple:

1.) Forget the question mark thing, that’s unrelated as it is merely an orthographical quirk, we don’t speak in punctuation.

2.) The の at the end of the sentence is being used differently than the previous んじゃない which is the general explanatory の and does not necessarily indicate a question.

3.) The reason the other person started by saying “no difference” is that one can still ask a question without it, since it is simply a casual question particle. It sounds more feminine because it is more common for women to use it, especially in more rhetorical and abstract questions, guys tend to only use it in more concrete questions.

The two links are explaining two different things though maybe that’s why you are getting confused with their explanation.

First question: can の be removed from this one sentence:
その人が買うんじゃなかったの
-No. Simply, の at the end makes it a question. (without it and without context, one would mostly assume it is a statement)
-The ん has nothing to do with the の at the end. It makes the pronuciation flow better here.

Are you missing the question mark when you read this? The taekim article also presents 遅いじゃない? with a question mark, not without it, that’s how you know it is a question. Of course in speaking, that would just be represented with rising intonation or something.

Isn’t んだ Usually used in speech and のだ in writing?

and if it is my question as to why 遅いんじゃない is a valid verbal question where as その人が買うんじゃなかった is not?

They are both valid verbal questions, the speaker would use rising intonation to make it clear they’re asking a question, just like we do in English

The original questions you linked from HiNative acknowledge その人が買うんじゃなかった as a written question, which is why I explained the necessity of の at the end of it depending on whether or not a question mark is being used, since this was all referring to written Japanese

As a verbal question, その人が買うんじゃなかった is perfectly fine. By adding a の at the end, the speaker is making it clear that they’re not simply expecting a yes or no response, but that they’re seeking an explanation as well, which is why in the response on Tae Kim’s, the listener responds by saying “No, the teacher is going to (explanation)”

is it simply because the tense of the entire sentence is past?

The tense has nothing to do with making it a question, you can make statements or questions about things happening in the past, present, or future — it was only that in writing, その人が買うんじゃなかった is not a clear question because there is no question mark nor a の at the end to make it more obviously a question

I hope this made it a little bit more clear ^^