I’m in the US Navy, going to be stationed in Japan in T minus 10 days.

My brother learned Japanese through Remember the Kanji, but he suggested using this one to me as an alternative to RTK (along with TextFugu).
I started using the program sometime last week. I love it. But as far as I know, I’m going to be losing access to it (and TextFugu) while on deployment.
I want to keep learning especially because I’ll be living in Japan (dream come true).

Any suggestions on how to proceed? Does it look like I’ll have to abandon ship and sadly part ways with WaniKani and TextFugu?
Thanks in advance.

Unfortunately there’s no offline mode for WaniKani. Since you’re being deployed to Japan, I wonder if they offer any type of language-building courses or if they make any exceptions to internet access if the material is for learning the language (assuming it’s a regulation and not a technical limitation). Maybe it’s worth asking about at some point.

Best of luck and thank you for your service.

Why don’t you try something offline like Anki. When you have access to internet again, you can start on WK. Don’t worry about knowing some Japanese before starting Wani Kani, it just makes leveling up faster.

You can also pick up a grammar book as WK doesn’t teach grammar.

Thanks for the responses! This is probably the best language community I’ve been a part of so far (i’ve been part of some other ones while learning korean).

@seanblue I will definitely see if I’ll have access or alternatives for sure when I get to deployment! Thank you for your support.

@sudoyulo do you have any suggestions for pre-made decks/references for making decks/structuring which Kanji to learn or anything like that? I mentioned RTK earlier which is what my brother used after it being recommended through AJATT but I was curious if you other veterans had something else to suggest. As far as grammar books, I know our WaniKani friends here suggest Genki.

Sorry, I don’t use Anki so I can’t really recommend or forward you to any page.
I’m sure someone out there has pre-made Wanikani decks or can give you help on how to start.
Something like core 10k or 6k to get you started on vocab and kanji.

Genki is a good book, but I used it during university. It’s a great classroom book, but I’m not too sure how it works alone or in a study group. There is also Minna no Nihongo as a textbook or if you want to take the JLPT someday, Kanzen Master series has books ranging from N5 to N1 (hard). They cover Kanji, listening and Grammar in several books to prepare you for the proficiency test.

If you have access to a computer, I’d recommend Houhou. It’s a combination dictionary and SRS learning system rolled into one handy app- and it works offline! You can even import your WK items (though you need an internet connection to do that) for reviews.
If you’re interested: http://houhou-srs.com/
(Unfortunately it’s only available on Windows, so…)
Grammar-wise, I recommend Tae Kim’s guide, Japanese the Manga Way, and Common Japanese Collocations- all available in paperback. (Though, I hear Tae Kim only gets you to N4, so if you’re interested in going for a higher JLPT level at all, I have heard recommendations for Tobira after that.)

Thank you for your service, btw

@sudoyulo Can you point me to where I can find the Kaizen Master series? I looked it up but a bunch of other stuff came up…

Wasn’t there an Anki deck that closely followed wanikani content? I seem to remember seeing that somewhere. 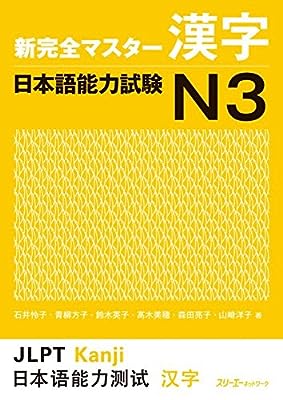 Here is text for those who have finished studying the 300 kanji needed for N4 of the Japanese Language Proficiency Test, and wish to take their kanji studies to the intermediate level. In 25 practice ...

How to use Kanzen Master JLPT Books • r/LearnJapanese

Hi all, so I finished my university degree last October in Japanese and am wanting to get back into studying so picked up the N3 JLPT Kanzen...

Learning Kanji, in my opinion, is about process. WaniKani method is probably

You can get Kanji list, with emphasized reading here https://www.wanikani.com/kanji?difficulty=PLEASANT, or you can try the list in STAT site https://www.idigtech.com/wanikani/#items.wk.kan

Anki is apparently very buggy, although there are a lot of hidden customization, so it is very powerful. I halfheartedly recommend Anki. There is a tutorial, though. [Anki] Tutorials. Also, Anki+WaniKani 2.0.

If you are on Windows, you might try a possible better alternative – Houhou. Houhou 1.2 - Dictionary and SRS application for Windows

Hi everyone, just popping back in here to say thank you. It got busy yesterday so I couldn’t reply, but I have some time now to take a look at some of the resources you sent! I’ll probably come back in for some questions/feedback, but I’m really grateful for your support and help. :3

This might be a stupid question, but have you considered a smartphone with a Japanese data plan? Or are you off to a place that doesn’t allow internet access at all?

Not a stupid question at all! Part of my service will require me to be out at sea. The internet access we have is limited, and tends to be the Navy’s networks that basically covers email and Navy-related pages. As far as I know, hardly will we have acess to a site like WaniKani (or if we do, the bandwidth priority the network would give would be unbearable to do a review).

When I’m in port, I’ll be using Google’s Project Fi. Without getting too much into it, Forward Deployed Naval Forces (FDNF) tend to be out at sea more days in the year than being in port.

Hmm … living at-sea should mean having less available space for physical textbooks, so you’ll probably need to download anything grammar to your computer (basically, just saving web pages to your computer; it’s not elegant, but it works).

I think Tae Kim has mobile/offline versions. For vocab/kanji, you can use iknow.jp which is a paid service, but allows you to download the material locally for mobile device (you can install an emulator on your computer and install the iknow app). I don’t know if it will allow long-term offline use though…

Houhou + a list of words so you know what to study or a good Anki deck (which has a high learning curve) are probably your best shot.

Oh, I have another question for all of you:
If I understood correctly, WaniKani is primarily focused on teaching reading and saying kanji/vocabulary, and excludes writing. In regards to hiragana and katakana learning, Tofugu says they skip learning how to write the kana because it slows down the process at which someone can actually learn to read them. Do you think it’s the same thing for Kanji? Is there a suggested time to start learning how to write in Japanese i.e. should I start doing that now?

When, and whether, you start writing depends on your goals. Very few people will ever actually need to write, so it’s regarded as a waste of time by most.

I think it helps with retention, so I incorporate it into my lessons.

I also have taken the Kanji Kentei (a kanji proficiency test designed for natives that involves writing kanji, among other things) level 5, and will take higher levels in the future as well. But that’s just a personal interest of mine, to challenge myself in my kanji studies.

If you actually need to write…

For individual Kanji, I find the best way to be following RTK series, after you have known a decent Kun and On readings, and a repertoire of vocab. What I really do is Basics from RTK and practicing Kangxi radicals… and then practicing writing by WaniKani levels’ order.

I find Leebo-introduced Iverson method, Printout for kanji study/writing practice using the Iversen Method, to be a big help too. I think it relies on shadowing and a good visual memory.

If you are OK with Anki, using AnkiDroid (Anki on Android) allows you to write a very big Kanji, like 15x15 cm, so it could be a big help to writing properly. There is a deck for WaniKani kanji here – [Version 1.05 | 2016-01-31] Anki deck for kanji writing practice.

Writing individual kanji does help remember Kun and On readings, and compound words, so it isn’t really a waste of time…

For Kanji in compounds and actual sentences, a better way is probably get a real Kanji workbook for Japanese children and Kodansha Kanji Learner’s Dictionary, which helps differentiate usage between similar Kanji.

Skritter, which is online, might works as well. I don’t know if it can be done offline.

I think you should at least learn how to write the kana (kanji is a different story). Then, if you ever have to write something out in Japanese, at least you wouldn’t be forced to use romaji.

You will have access. It will just be very slow. I used Duolingo while underway often. You might have trouble with some of the radicals that don’t technically exist due to firewalls though, but I’m not sure. You can look up how to set up an anki deck though, just in case.