Well, I got my copy of Harry Potter and Philosopher Stone. I knew I won’t be able to understand it now, but it still hurts. Now I have a great kick to improve my grammar.
By the way, surprisinly, kanji were not an issue (I believe high school kanjis are not included), the vocab and grammar on other hand are quite difficult.
Will try to read it again in a month. For now, I’ll stick with easy news.

January 24 update:
Read 5 pages of 時をかける少女 (chapter 17). This chapter seems to be meant to provide a load of background information in a concise manner, and thus it was probably the hardest part of the book for me so far in terms of vocabulary (vocabulary being what I’m struggling with the most, in general). At first I tried to revert to looking up everything, and with the amount of unknown words it was going slowly and painfully. Then I tried to do strategic lookups – something I’ve been experimenting with for most of this book. The result was still a lot more lookups than I’d been doing lately, so I almost gave up. But then suddenly came a point where the words I just looked up started coming up again and again – I guess by this point we’d got introduced to most of the common concepts of year 2660’s recent history, so the last two pages were less of a struggle. But the conversation started three chapters ago is not over yet

I’m bouncing back, and today was a nice, easy read all around. I believe today was about an hour and 15 minutes – the easier the text is, the easier and quicker I get a ton of words mined, and while I should probably just continue reading without mining, up to this point I’ve had one thing I’m reading kind of reserved as a sentence mining source and somewhat dictated my time with it based on that. I just have so many other things I want to read/listen to that that works out fine for me, gives me more time to shift to something else… but as I get into this VN more, I might start making changes because I do want to see more of it! 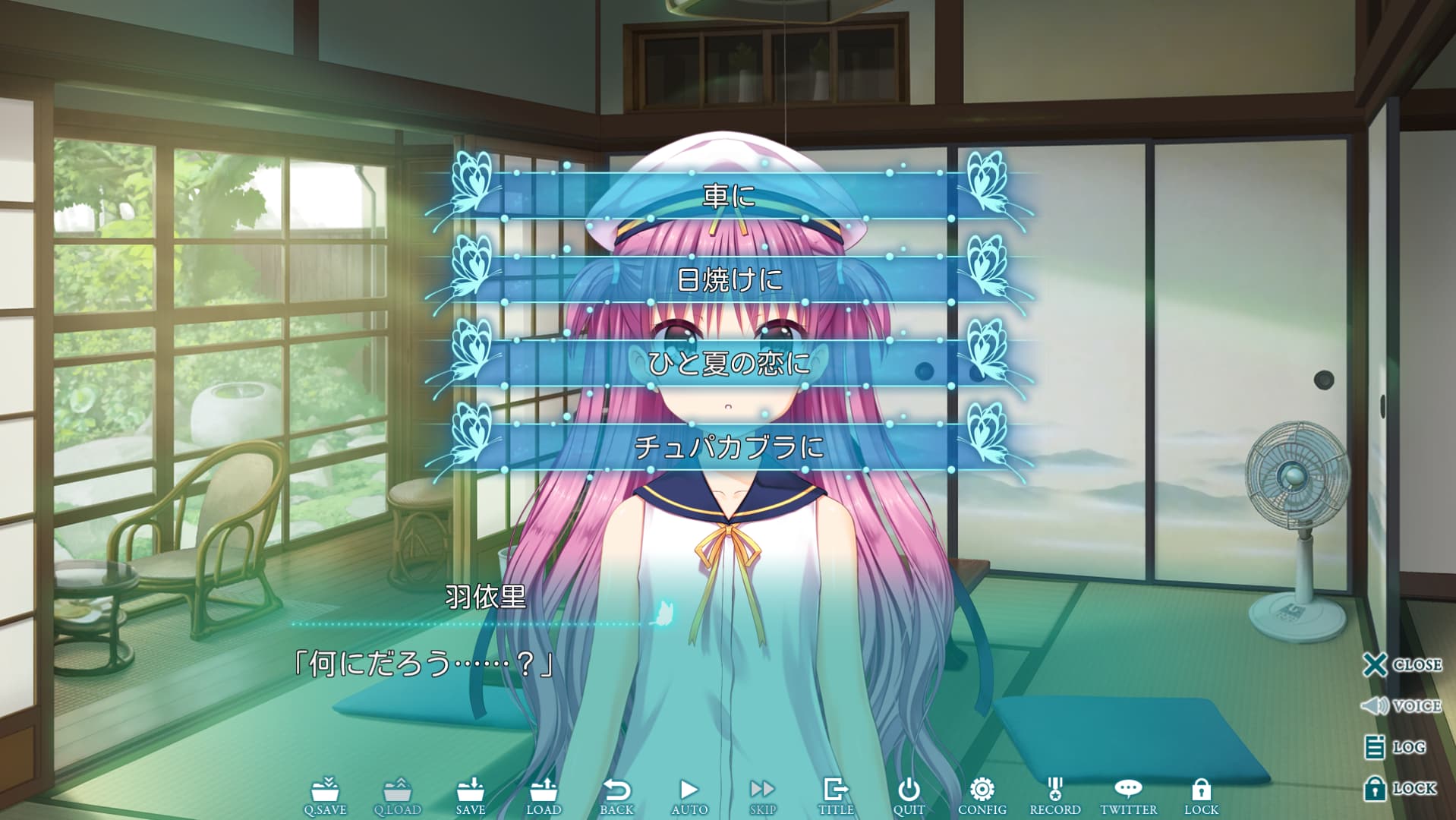 I almost wish I didn’t find this little captain outfit as cute as I do. More importantly, this choice! For context, she’s going out and the protagonist told her to be careful. Here you choose what she should watch out for. I of course chose チュパカブラに

Continues to be a nice piece of media to just have a cup of coffee or something and relax with, despite the added strain of learning.

Today’s new words are the rock, paper, and scissors of じゃんけん . While I know the name of the game; I’ve somehow made it this far without learning those, which are, in order (well, the expected English RPS order): ぐう, ぱあ, and ちょき.

I got stuck on a descriptive part

Maybe I can make sense of it tomorrow, when not so tired.

I took a break from 時をかける少女 today and read the first weeks assignment of the デスノート Book Club instead. Honestly I was a bit intimidated beforehand but it went a lot better than expected. It seems like I remember more Japanese than I thought overall? I’m still very glad we have furigana, even though sometimes they are hardly readable… or my eyes are just too bad

Speaking of being intimidated… the reason I even went for デスノート was because I know from BadWeather’s post that there’s a long explanatory dialog coming up in 時をかける少女.

Yesterday I didn’t even have time to post in this thread. But I started reading なんでここに先生が！？ volume 1 30 pages and after that I read some more Demonbane and added the words into the SRS I use. Just a little more and I’m done with the prologue in Demonbane.

Today I continued reading なんでここに先生が！？ 60 pages and after that I played Melty Blood in japanese of course adding the words I don’t know into a SRS.

I’m still very glad we have furigana, even though sometimes they are hardly readable… or my eyes are just too bad

I haven’t read that one in particular, but I’d put money on the problem not being you. Besides just being too tiny, so much furigana (particularly in digital versions, if you’re using that?) is blurred, and occasionally practically unreadable. I’ve had that issue many, many times.

You guessed correctly, I use the digital edition (read on the kindle desktop reader today) and yes sometimes they seemed hardly readable at all. I do truly have pretty bad eye sight so on the first page I was like “uh-oh”, but I managed somehow (it might help that I got new glasses literally three days ago

). Might need to play with the zoom a little, even though as you said sometimes it’s just so blurry that might not even help much.

I read the first 29 pages of デスノート today.
I struggled a lot…
If I didn’t already know the story from watching the anime a few years ago, I’d have no idea what was going on to be honest.

Using my knowledge of the story I was able to do a bit of “Well I guess this must mean…” and then trying to work out how it could mean that.
Not sure if I should drop it and come back to it in the future when it feels a bit less intimidating. But I really want to read it

I guess I’ll stick it out for a few weeks and see if it starts feeling a bit more manageable.

Today’s reading is quite late, but still within the day. 「ジモティー」とは？意味や使い方「ジモティー」の由来 | Meaning-Book

Actually an interesting word. A mash up of 地元 and the ‘ee’ from the suffix seen on English words like ‘employee’ and ‘trainee’. Too bad it’s dying out in usage.

I only read the example sentences in my Anki deck today… the day got away from me a bit, and I vegged out for a few hours in the evening instead of studying or reading:/ You win some you lose some 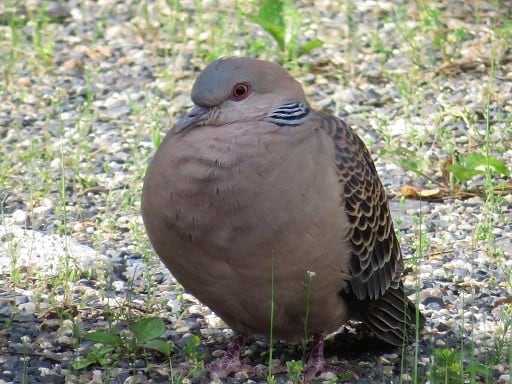 Today’s reading talked about 地蔵 (じぞう) - the Buddhist guardian of children, travelers, and the underworld. The 24th of every month is his 縁日 (えんにち), which is “a day related to a particular deity, thought to bring divine blessing to those who celebrate it.”

And now it’s another new person! (Although we do briefly get to see Chapter 2 guy again as well I love that he and こがね丸 apparently just hang out together now, that’s really cute xD) But this girl actually doesn’t end up turning into a tanuki at all

She just chats with tanuki ver. こがね丸 for a bit. But she still ends up getting a new perspective on things in her life - namely the fact that her dad was just given about half a year to live. I really liked the afterword pages in the chapter, they were very sweet :3 Every chapter has a really nice mix of fun/humor and heart.

I had that moment with ハイ☆スピード! in the last challenge, it really is like coming home

Ohhhh I’m obsessed with the cover already :o It looks so pretty!

Just finished the first chapter of スローループ vol 1 and it wasn’t that hard since I already had went through all the beginner, intermediate and advanced Japanese textbooks I have for grammar with an okay base of vocabulary, although I neglected and sitll working on the Kanjis. I guess it helps that I saw the anime, which the first episode cover Chapter 1, which is half of the episode.

I ended up adding a few volcabulary to the list, but didn’t add any fishing terms like 死後硬直, which means rigor mortis. Only 硬直 is on WaniKani, but at a later level.

The word I find interesting is 癌 (がん）, which is cancer, which Hiyori used to describe the disase her father had before he died. Apparently, this is normally written as kana, but not in this case. While it’s a common kanji, it’s not covered on the JLPT. Of course, the kanji kind of makes sense since it combines sick, product, and mountain radicals.

I’m in a mood haha. I’m still liking it a lot! No sooner did I mention meeting my faves again than they showed up, loud and chaotic as always lmao. ニコチャン went one this whole tangent about how they have the “same names” (not really) as characters from an anime: ハイジ, クララ, and ヤギのユキちゃん, who are, according to google, from Heidi: Girl of the Alps which is definitely before my time. Always interesting figuring out cultural references like that! ユキ was definitely not happy about being turned into a goat, either

OH also there was a dog!! ニラ!! I lied before, ニラ’s my favorite obviously

I read about 11 pages today, so I’m feeling good! The whole “no furigana” thing has actually been way less of an issue than I expected; guess I know kanji

I definitely run into ones I don’t know, but they usually actually have furigana so it all works out! Onward and upward

Ah man Free! would be a nostalgia trip too, maybe one day…

Thanks for the kind words! This thread gives a lot of motivation, so hope I’ll be able to read serious stuff soon too.

I also read two more of the dialogues from Tobira Chapter 1. They’re surprisingly easy to understand, and I can almost speed read them. I thought they would be difficult before starting, but I know most of the vocabulary words already (plus in the dialogues themselves they explain a few), and the grammar is simple, really. There’s probably one or two grammar points in there I haven’t learned yet but it’s easy to pick up from context.

My Japanese friend, who my IRL Korean friend introduced to me through Line, recommended me a manga this morning, so I’ll probably buy it on Bookwalker and read it out of curiosity. Apparently it’s すごく面白い！
Anyone know of it or read it before? Title is 君ノ声。 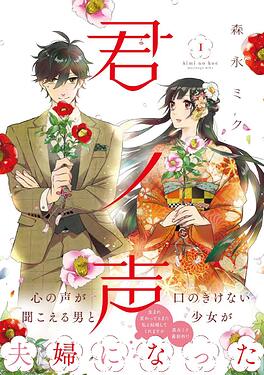 So, goal of reaching page 200 of Kiki before the end of January reached!! Now I’ll just try to finish the remaining two chapters as fast as I can, I guess.

Tonight I read six pages of Death Note. I’m finding the vocabulary really dark (which I suppose shouldn’t be a surprise). Here are a couple (lighter) words that I learnt.

こうなると------given the situation; now that it has come to this