Still reading Bunny Senpai but getting the hang of speed reading a little in Japanese. About 60% of the way done and should finish in time to read Tumugi for Intermediate book club.

Ha, funny enough, I started reading this series recently too! You’re well ahead of me though. I’ve only been reading one of the little chapter breaks a day, so I only just reached section 2 of the second chapter.

Read chapter 3, and it ended so soon. I forgot that chapter 2 was unusually long for this book, so I forgot that future chapters should be easier to finish in one night. It makes me more confident I can read this before the offshoot club starts on volume 2.

Still like Aiko-san (aunt) so much. She’s a super smart person. Recognizing that it is so much more valuable to do things yourself. Even if it feels like a lot to put on Hanabi. Well, I’ll see tomorrow how it goes.

And also about yesterday.

So for context, I go to bed around 1 am every night. But yesterday at 10 pm, I was nodding off while sitting up. So I gave up and went to bed, not reading any Japanese. I’ve been so tired for maybe a week now, which is why I wasn’t too surprised that it finally came to that.

I need to take better care of my sleep. Because if it doesn’t clear up with better sleep, I might have to look into other causes for the tiredness, and I’d rather just be sleep depraved. I’m hoping I’ve just neglected my sleep so much my body is like ENOUGH. (This is not the first time this has happened…

Me not the sharpest knife in the drawer.)

Watch me be up waaay too late tonight, like the idiot I so often am about matters like this. Promise I will do my best not to be like that.

Today I read chapter 87 of Yotsuba. Lots of cuteness and fun to see her interacting with her grandmother.

Right now my bookclubs all start their new week on a Friday, so I read all of my bookclub stuff first and then spend the rest of the week reading Yotsuba. Now that I only have 2 volumes and 3 chapters left I really need to start thinking about what to fill my non-bookclub days with…

Home Post
Hello, everyone. I’m ZDurendal (or CyberSlam if the name change hasn’t happened yet). I enjoyed doing the winter challenge, so I want to try doing the summer challenge too. I also need some motivation to consume native material. I hope I’ll be able understand a little more of the readings now that I’ve used my free month of Bunpro. Best of luck to everyone.

・詩的私的ジャック - JACK THE POETICAL PRIVATE (71% → 75%)
Procrastinated the whole day, but got around to it in the end

Goal for this week is ca. 87%. Will start earlier tomorrow!

I see you are reading それでも歩は寄せてくる. If you didn’t know, that series has a book club running on the forums. We are currently on Volume 7, but previous discussion threads are available, if you end up needing some kind of a study aid while you read through the series! Good luck with the challenge!!

Book stuffs in the reading thread?! how dare
No such thing

Please don’t tell me this is an actual name

It’s an actual name, although I don’t think anyone in their right mind would give it to their kid… That being said, people do actually give names like 帝 to their kids, so it probably happens.

Yeah I try to do that at minimum but some of those breaks just never come lol. So for time sometimes I just stop when a sentence ends on the second page. Each chapter is about 70 pages when I looked, so next time I read through I’ll probably take that into consideration. This time was just when I have time to read, try to get to the break.

i had a bad day yesterday, mental-health-wise. and had just finished Kase-san, so didn’t really have anything i could just pick up and read (i mean, there’s that LN, but let’s not talk about that

). decided to, very late in the day, see if amazon would give me any suggestions. so most of my “reading” was spent on the amazon website. very different from reading a book or manga, but probably also a useful skill, getting around websites in japanese.

finally picked out アネモネ, another teenage love-story between girls.

i’ve read two chapters of アネモネ now, and i’m liking it. the tone is rather more somber than the other manga i’ve read, and though i hope for a happy end, i fear it might get a bit dark first. Mashiro, the love-interest, has some so-far unknown sickness. in the first 2 chapters there’s already been 3 scenes in the school sick-room, including the opening/framing scene, which seemed to indicate that they would both get way to familiar with that room.

i’ve also decided to read this a little more intensively than the last few manga. i’m looking up more kanji, paying a bit more attention to the grammar. finding a balance between fuller understanding and disrupting the flow.

and now it’s 1 am, i’m still sitting outside in a light t-shirt, and the crickets are loud enough that i hear them through my headphones (i swear we didn’t have crickets like this when i was a kid!). the air is hazy with humidity, it’s going to be a very warm night. but it’s nice to ramble on in the darkness like this ^^

I really like your reading challenge, great idea; still as a more or less “total beginner” level I couldn’t participate with reading stories and books like you do. Therefore maybe a silly question, but do you feel like working with Genki 1 would also count? It has some introductory dialogue to read, most of the exercises require reading (though I could see how this might feel like “not counting”), plus from the third chapter onwards it has a small coherent reading exercise for every lesson as well.

Would you feel okey if I participated in here using those? Or would you feel that this is silly and doesn’t belong here?

Therefore maybe a silly question, but do you feel like working with Genki 1 would also count?

Reading anything, as long as it’s Japanese, counts. Some people also include studying other non-native languages. 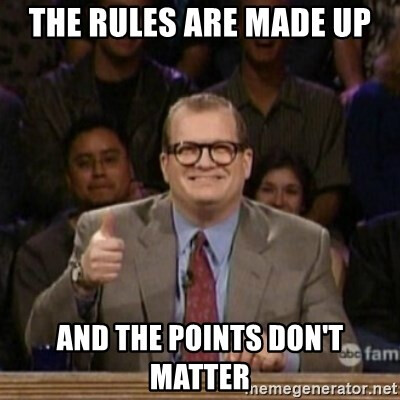 I love that you’re already considering making your cats indoor ones. May I recommend making a catio (cat patio) if your living situation allows it? Otherwise, I highly recommend leash training future kitties! If you get them young, it’s a lot easier to get them used to leashes and some cats love them. Either way, indoor life will greatly help them live longer and healthier.

I think I recall someone else using Genki before for this challenge or the extensive reading one. Either way, like pocketcat said, go for it!

I was actually excited for Oingo Boingo

Well, because of the structure, showing events as if they’re in a children’s book, the writing style is completely different and a pain in the ass to read

I’ll get over it, but I don’t have to like it. Hopefully the shenanigans are still enjoyable.

Also, I had wanted to finish off the volume last night, but I fell asleep (holding my aircon remote to boot lmao). Just about 20 pages left, so I’ll probably try to start the next volume tomorrow as well.

Thank you! Those discussions and vocab lists are just what I needed. I only have volume 1 so I may not be able to join the main group, but I might still check it out.

Also today I happened to check, like I do from time to time, any updates from the developer of the phone app Kanji Study, which I love and have used heavily on and off since so many years ago. I had been growing slightly disappointed over time because even though the app is amazing and has helped me tremendously, I haven’t used it in a long time because it lacks the one feature I miss the most now that I have a huge number of kanji to review: SRS. Well, I was extremely happy to know today that they’re starting to work on the SRS and it’s going well

. I’ve been waiting years for this one thing, which is funny to say because the development of the app has been going strong all this time regardless. If the SRS includes handwriting (which is what I use in the app almost exclusively) and I don’t think why it should not include it, that would be amazing.

Today was another low-energy day for me, so I just read a little of 2.43, since my hyperfixation makes it feel like it takes less energy to engage with, and started rewatching the anime again, with ENG subs since trying to watch with none would take too much energy rn.

I watched 3 eps of the anime, though I wasn’t particularly trying to listen like I generally do these day. But I did hear Itoko telling Yuni which kanji the name of Chika’s former middle school is spelled with (before reading the LN, I’d always wondered how he knew how to spell it). And, I heard that Chika did tell Yuni to draw 人 on his palm and swallow it when he was nervous during the second match in ep 2, just like in the novel! That’s a completely different feel than him just telling him, “Well, figure out a way to calm down,” in the subs. He actually tries to help him, even if he doesn’t really know how, doesn’t just leave him out to dry. The subs make him seem uncaring, when that’s just not true at all. Awkward, and not sure how to deal with people, yes, but uncaring, no. (He’s autistic, not a robot.)

There’s still so much I don’t know though lmao, all I’m doing is getting more questions!! It’s a great time as always though, I’m anxious to find out more

I plan on getting the game eventually

not like I’ve been able to shut up about it ever lmao, but based on things you’ve talked about enjoying I’d certainly think you’d like it!