Hi, welcome to Wanikani and the forums!

For buying digital stuff I usually go for bookwalker, it isn’t too hard to buy from there and there’s a lot of manga you can get for free. I’d also recommend checking out the bookclubs, the Absolute Beginner bookclub is where I started out and there’s a list of books they’ve read and links to where to purchase those books in each thread as well.

Despite having several books to finish, I’m still on my Aozora kick. Tonight was one with a fascinating title, 悪妻論. 朗読 was by 西村 who has such a nice narration on everything he does. As for the reading itself - it an essay on “bad wives”, with such gems as:

I was dying of laughter reading this prompting my partner to ask what I was getting into this time. Good times. I’m sure it’s not everyone’s cup of tea but I enjoyed it immensely. The grammar is definitely not what I’d consider easy, however, so you’ll probably want to be a seasoned Aozora reader in order to get your full set of giggles.

Anyways, learned an interesting phrase: 若気のアヤマチ - apparently it means 年が若くて血気にはやったための失敗. I wonder if people still use this phrase - it’s fun. Unfortunately 若気 has a secondary meaning that might be a slur and my IME doesn’t pull up the correct kanji for it when I try to write it, so I suspect not.

After series, you might take a look at Absolute Beginner Book Club’s Nominations, to see what is right for you.

That Absolute Beginner bookclub seems like the perfect place for me to start haha, thank you very much!!

I read ch 7-8 of クールドジ男子. So it seems this uses a lot more fonts than I thought, because these couple panels alone use 4, and there are 3 others I definitely know I’ve seen as well (one of which I posted yesterday, where Mima says he wasn’t mistaking Hayate for a woman, is the most difficult for me to read. I am very glad there’s furigana on everything): 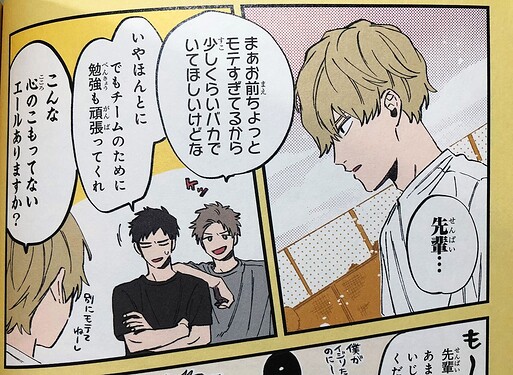 (Some of them are also different from the ones used in the version on pixiv; those are easier to read! But it is a pain to read on online, so I guess ya gotta make it easier somehow, eh)

For games, I redownloaded Animal Restaurant and restarted with the language set to JP. That one has a lot more reading than say ねこあつめ. I also found a new game, Tsuki’s Odyssey. It’s cute, the vibe kinda reminds me a bit of Animal Crossing, though this is much more of an idle game (you can’t even fish for long before they stop showing up). And even with the language set to JP, there are still a few things in ENG that are clearly not supposed to be. That, plus the description for tuna being ピアノとマグロの違いって何？ makes me think this was made as an English game. But it’s still cute, and it’s still practice.

Puns! (may need to view full-size) 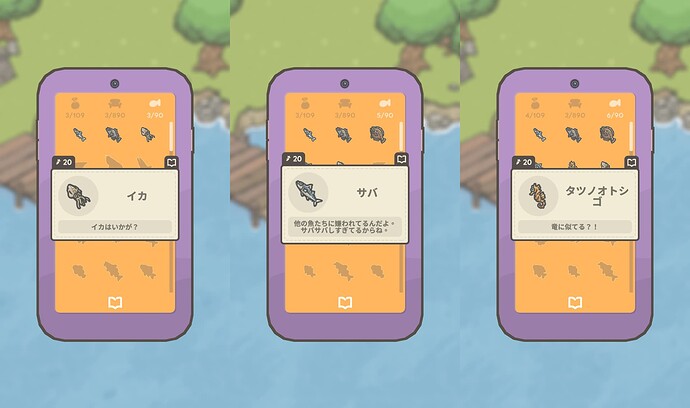 I also played a bit of ゼルダ無双. Keeping everyone pretty much the same level is going much better this time around. I may only be two missions in, but the first time, I didn’t even bother trying to learn to play Impa and Zelda until their challenges, so they were well behind Link already. Also, I don’t have as much difficulty reading all the battle-related vocab as I thought I would. I don’t always know how the kanji are read when there isn’t furigana, but I can generally infer the meaning from at least one of the kanji and/or the context.

I played some more ZTD today! Reading time has been been pretty hit or miss with the end of the semester, but I’ve been fitting it in wherever I can

gotta get my fun in somewhere!

Only 3 chapters left in this manga!

Fun panel of the day: 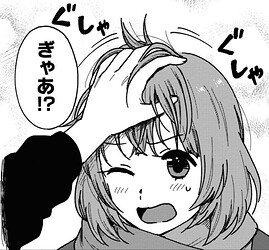 In 告白 the switch of narrator has been a breath of fresh air so far as far as difficulty is concerned. The student does include actual dialogue once in a while, the sections are shorter, and the descriptions feel clearer. I also already know the current narrator’s name - the teacher’s name I didn’t learn until almost after she was done speaking. On the subject of names, the teacher made very specific reference to two students who she named A and B. I have no idea why she would do that, as her descriptions of them were so detailed that no classmate of theirs would be left in the dark as to their identity. The only one not knowing is the reader. Now the student does refer to A and B by name, but it’s still not clear who is A and who is B. On the other hand it seems there’s at least one character in the book who knows less than the reader, so that’s some comfort at least.

I also read 30 pages of ゲゲゲの鬼太郎 - I don’t know how I always manage to leave chapters unfinished. They are quite long, and those with ねずみ男 tend to be wordier than others, but still. One of these days I’ll read one from start to finish. Probably.
The backgrounds continue to delight me, and the youkai are very cool, but the fact that the target audience is mainly schoolboys is painfully obvious at times. This story for example featured quite a lot of toilet humour.

I’m really grateful that at least the readings seem to have stuck very well, and now I’m able to guess correctly the reading of most words I encounter, if I know their kanji.

Lately, I’m starting to view this as the big value of Wanikani because it makes it so much easier to look up words in dictionaries. That and also that I at least have a general idea of the meaning of a lot of kanji (even if it faded a lot for some of then) which so often helps to just guess the meaning of an unfamiliar word.

Welcome! And I just wanted to add that you can also get some graded readers for free on Free books – にほんごたどく and some of those include audio even as well!

(I accidentally posted this is the “News reading challenge” topic, shows how tired I am nowadays

Continued with こんにちはウーフ today. One of the benefits of reading kids books is that the level of nonsense in them really tests your language skills. In today’s chapter, a baby bear was standing in a river, talking to a fox and a bird about whether he should be a bus driver, a cook or a mountain climber when he grows up and then play acting scenarios for each one. I get a tremendous amount of satisfaction from having understood it!

Read: ジャックジャンヌー夏劇ー
Time: 6 minutes
Finished: 1 page
Started Neji’s story あらた森の蟲退治, and 1 page in my brain went nope. I think it’s a mix of starting reading too late today, and this story seeming like it’s going to be the hardest in the book. I learned the word 献木 (donating lumber to a shrine is what jisho said but it seems to be referring more to trees here) and then the story started going into detail on that in the second page and I couldn’t follow, my lumber knowledge is really lacking

I’d recommend checking out Satori reader as well! (It’s one of the things I most wish I’d known about from the very beginning.) And on tofugu.com they happened to just post a blog on graded readers as well.

Today I read about one of the 別天津神「ことあまつかみ」who were the first five gods that came into existence according to Shinto beliefs. 宇摩志阿斯訶備比古遅神「うましあしかびひこぢのかみ」 was one of two gods who appeared slightly later than the first Three Deities of Creation ( 造化の三神「ぞうかのさんしん」).

I like it how the three creator gods appeared, made everything, and then just hid themselves away. Then these two others come along and sort of just exist and then go into hiding like the others. It’s theorised that Umashi represents coming into existence like a reed sprout, like how the ancestors of humans are believed to have come from the buds of reeds.

@natarin, thanks again for the が-trick, it really is like magic!

I’ve been reading the Graded Readers for this Challenge. You can see some of the pages in my posts.

The Intermediate Book Club is looking for people who want to participate in reading the club’s next pick! And the best thing is, you can still have a say in what the next book (or manga, fwiw) will be

The next Poll is upon us! Have a look at the List of Proposed Books section in the first post for details on each book. Every book has a difficulty associated with it (based on book club members voting, thus subjective) out of 5, where 1 means “no effort at all” and 5 means “so much effort my head might explode”. The difficulty is annotated in the poll in square brackets after the book’s name, together with the book’s level on Natively (you can find the links to Natively for all books in the fi…

Played a few hours of Triangle Strategy today. That still means I only just finished the first mission, but I think it went quite well despite all the vocabulary that I still have to get familiar with. It’s also a lot of fun to listen to the voice acting (especially when I do manage to understand it on the first pass).

I also thought this expression was interesting:
泣く子も黙る - basically meaning “so strong and imposing that it will silence a crying child” (I would normally expect the opposite

). The bandit leader used this expression to describe himself.

Finished chapter 28. It was short. Also had one sentence I can’t make sense of, I suspect it is a “my mom’s younger sister’s niece’s brother’s uncle” type of sentence.