I did read a page every day except Friday and Sunday, I just didn’t post because I wasn’t in the mood

I had to work on both Friday and Sunday and work decided to be a bit more exhausting than I thought. I both hate and love working the weekend shifts at the Hostel - it’s busy but it usually is a good busy but it is exhausting to keep up with all the work that happens and which has to be done. This Friday a few complications happened - a lot of people had weather-related delays so I had to wait for them and then someone didn’t check out so I had to make a room real quick. At least the people affected were very nice about it, especially after the round of free drinks

And I decided to change some things up a bit.
First off, I decided to just read without obsessively looking up every word while I read. It’s a bad habit I am trying to break out of. Secondly, I decided to try and read part 3 to the end and then go back to look up the vocabulary and then do the translation. So, I will probably double my speed and snail along at the astounding pace of two pages before doing the translation at the end. Maybe I’ll even chicken out and do the translation after I finish reading (and I will totally count my translation days as days read - I mean, I am reading something again). We’ll see how I feel.

Added by EDIT: I also will do a mind map/vocabulary list with crime and law connected vocabulary I came across after I finish reading. Might take a while until I am done with that though

Read: 終遠のヴィルシュ -Error:salvation-
Finished: 1 ending
Time: 1 hour 49 minutes
Finished the next ending, just 2 to go now. …? …?? It really ended like that? I knew it would be something along those lines but…

that’s reassuring somehow, I’ll have to look into some more sane ones sometime!

I did something similar once and gave up after two lines

What game did you try?

Last night I read 32 pages, finishing chapter 3 - 78% done. A lot has happened and I don’t want to ruin any of it so I will keep the major event to myself, but a development did happen that made me think of a possible solution to 森崎’s death. If you’ve read all of 3.4 you’re safe:

Couldn’t the exploding cigarette case totally explain how 森崎 died in a locked room?! I kind of feel silly for not connecting the dots sooner.

I have 78 pages left which is a lot for a weeknight, but I have a habit of burning through the last sections of books in my need to know so who knows.

(Replying to you even though I know you probably can’t even answer, as you’ve nearly finished the book by now…)

You are correct, I cannot reply

Is it common to hold several funeral services for the same person? One at the workplace, one at home, etc? I guess it’s more a memorial than a funeral.

I’m not sure. I’ve gotten the impression from TV shows and books that yes, multiple is a thing, but also, in TV shows and such the deaths are usually tragic and the services often serve as plot devices. I’m not sure what I would best google to get the answer to that, but perhaps someone living in Japan might know? We have a handful of folks in the forums living there

Exactly! The variety they have is so great! I’m at the phase of reading the first volume of the different series they have to see which are the ones I want to continue further.

What’s this? Did I hear you say that you wanted to do even more browsing spree? Kadokawa Tsubasa Bunko also has a nice variety to select from

Read today’s folktale, about a bald tanuki that lives under the floor of a temple. Who helps a shop keeper out with his monetary woes by turning into a shiny, golden kettle.

Didn’t read much 三毛猫 today, but I did at least reach the point where I could look at those spoilers that aren’t a week or so ahead (ahem…some people read fast). I wanted to go on reading, but after also finishing chapter 2 of 佐賀のがばいばあちゃん my brain decided it had quite enough reading for today, thank you.

The カマス is still as cool as ever and another photograph was taken (and contemplated)!

Cool word of today: 月夜見［つくよみ］- could be ‘moonlit night viewing’ or could be Tsukuyomi the Shinto god of the moon

I’d probably think it was “By the way, when male dogs become adults, they start to raise one of their back legs high up to pee.” (which is pretty close to what you wrote) 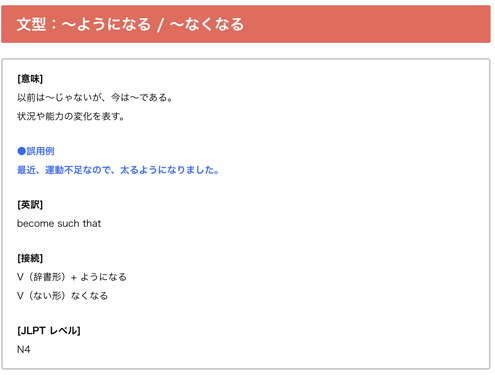 Here’s a kinda similar example sentence from the website

大学生になってから自分で弁当を作るようになりました。
(After becoming a college student, I began to make my own lunch boxes)

And here is a random example from a part of a website (website is here, see としてのモフモフ・真っ白 section) talking about how animals will adapt when they molt to match the climate and daylight hours of whatever place they’re in

Today my reading was the preview of カラフル, a book I might be reading with a friend

Now I’m going to go do the translation I’ve been delaying for ages. That’s also kind of reading
Lol let’s pray I at least get past the 50% mark help my grades

(Spoiler I guess but also word of the day) Maomao reveals she’s a strong drinker from having tried various medicines and concoctions with lots of alcohol. Was described with the word which means “heavy drinker” BUT the furigana was actually ざる, which can mean "draining basket, sieve, strainer "… So Maomao when she’s drinking is basically like pouring alcohol through a strainer. Just thought that was hilarious.

By the way, we talked about that meaning of ザル in this thread a few days ago.

Just came here to update and we’re at the same place! Another fun and silly chapter.

This chapter had two fun little sayings I hadn’t come across before:

I’ve been struggling because my health problems have really flared up again in the past week which includes very frequent blind spots (as sort of potential migraine precursors) creeping into my vision when looking at a computer screen. It’s rough. Plus today’s reading was kind of hard – I’ll get into that under spoilers. But I eventually made it through 5000 characters so that’s success, though it’s hard not to be frustrated by how hard I keep finding things.

Today I learned 出来上がる can be used as “to be very drunk.” I don’t have too many great words today, but I’ll share 解放区 (かいほうく), meaning “liberated zone or area.” It’s intuitive enough if you know its parts. This is a totally natural part of language learning this way, but it always amuses me to consider the simple basic things I haven’t come across yet while reading about something like liberated zones.

Then there’s the grammar point:

“Admit your words are right, can’t get a strainer”

And it also came up in the 佐賀のがばいばあちゃん chapter I read today! It’s a conspiracy I tell you.

reach the point where I could look at those spoilers that aren’t a week or so ahead (ahem…some people read fast ).

Heh, I’m only reading this one book though - aren’t most of you bouncing around to different books?

Read a story about why rabbits have long ears and half of a story about why elephants have long noses. Completing only 5% of book per day is frustrating (even though it’s better than not reading at all), but I didn’t feel like reading today (spent a big part of the day procrastinating 200 wanikani reviews