I saw the week 1 thread for 海辺のカフカ go live this afternoon and thought, “Woah, I thought that was starting next month, it’s today?!” (I’m no good with dates. Or time in general.) Nope, it’s tomorrow. It’s still the 27th in my time zone. Well, I could have started today anyway when I saw that, but I was already set on trying to finish 夜カフェ, so I’m starting tomorrow. I already got it out, took off the jacket, and set it on my stack of books I’m reading in the living room in preparation, so hopefully I won’t turn myself into a liar tomorrow lol

Yeah I decided to read ahead (some more) and finish 夜カフェ today, mostly because I wanted to finish a Japanese novel this month, and it became clear a long time ago that I was not finishing my current volume of 2.43 this challenge. That the 海辺のカフカ book club is starting now too is just a bonus. I read ch 9-13, which was about 65 pages of text. I kept going back and forth between “Hey, it’s only like 60 pages, that’s not that much” and “Okay this is kind of a lot actually” and “I can totally get this finished today” and “Nope it’s definitely a lot” and “Hey, I’ve already nearly finished it!” lol

I’m thinking, if I had the whole day free and I started it in the morning, reading a whole Aoi Tori Bunko book in a day might just be feasible. Based off how long ch 8 took me on Wednesday, I’d thought I might be able to finish one in a matter of hours like ハイキュー!!, but these 5 chapters today took me a lot longer than I’d expected, so maybe not. But regardless, it feels nice to have finished my third novel!

Even though I’d told myself I wouldn’t buy any novels this past book haul and would only get manga, not long before I ordered them I came across the 朗読CD (read by Enoki Junya) of 明日をくれた君に、光のラブレターを, and since it sounded good I decided to get the novel this time around with the intent of seeing whether I’d want to get the CD sometime for listening practice. I’d kind of been planning on starting it before the 海辺のカフカ book club started, but since I misjudged how much time I had left before then and it’s now, I’m not sure I wanna be starting another novel just yet. Well, we’ll see how reading 海辺 goes first. If I don’t have trouble keeping up with the pace, I may start reading this one on the days that I don’t read that, or I’ll just stick with manga.

I played more AI: The Somnium Files as you could probably guess, and oh man things are happening. Poor みずき… first people suspecting her dad murdered her mom, and now her dad’s also turning up murdered? And in such brutal ways too, oof. I’m really curious what the deal with the incident 6 years ago is, there are some clear similiarities but also enough differences that they don’t seem directly related, but it’s certainly not a coincidence that lost his memory (and his eye

) 6 years ago as well. And why are they being so secretive about it?? So yeah they’ve got me

Plot intricacies aside the dialogue is just fun; the amount of stupid jokes makes with the most self-satisfied look on his face is just delightful: 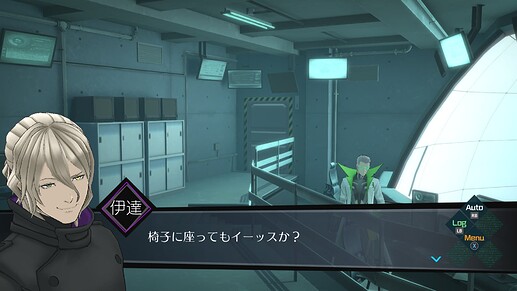 Comedic genius, that one.

Tomorrow I’ll (hopefully) start のカフカ with the book club, so that’ll be a change of pace for sure. I’ve still never finished an actual book in Japanese

but I should be pretty well equipped at this point (again hopefully lmao). I’m looking forward to giving it a go!

Some fun panels from today’s reading: 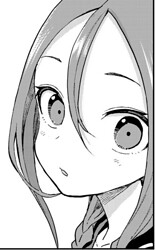 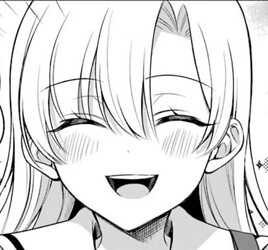 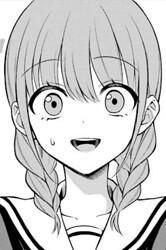 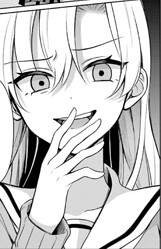 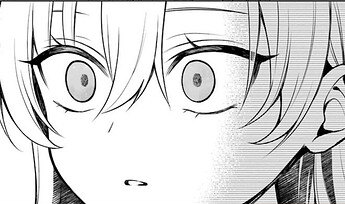 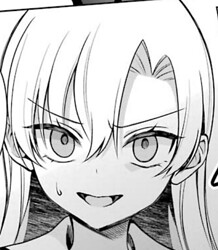 I read Chapter 8 of 夜カフェ today. The story is starting to move along so I enjoyed it a lot even though it took me about 2 hours to read the full chapter! I don’t think it usually takes me quite so long to read a chapter of this book, so maybe it was a slightly longer one or something - though maybe I’m just a bit tired!

Such as making a campfire in nose-man’s nose because it is so big and eventually a whole town is pulled from this nose… because? 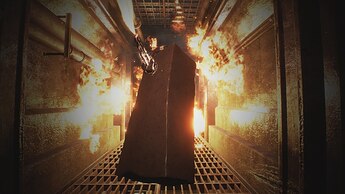 Read about Yamagata prefecture and its cherries

. I now want to go there and participate in all-you-can-eat cherry picking sessions.

I’ve never seen this kind comment in a dictionary before, so that was fun. 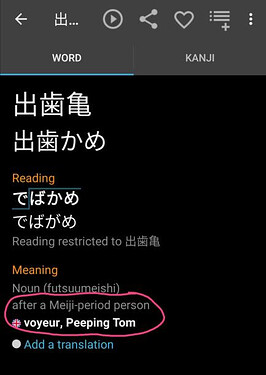 Lack of sleep today has affected my concentration levels. I tried to read more of 夜市, and read the first couple of sentences for both the IBC and BBC book clubs, but in the end I settled on manga for today. I was glad to see 鬼太郎 again, it’s been a long time. The stories weren’t the best (or I wasn’t in a position to fully appreciate them in my half-awake state), but they were still enjoyable. The first one was about a grand hotel having been built on the only remaining habitat of yokai flowers. Kitaro was summoned by the hotel manager to help but in the end Kitaro sided with the yokai. The second one was… extra surreal, even for a manga about yokai. About a body snatching yokai (who also had a cool killing method involving turning your enemies into mochi).

I can’t believe there’s only 3 days left on this challenge. It feels like it only started a few days ago. I’d really like to finish 夜市 by that time (not impossible, as long as I don’t have other slow days like today). If I manage that, I will have started and finished three books in two months (not counting the manga). Not bad.

What comes after this challenge then? On the one hand I’d really like to keep reading more or less as I have been now. On the other hand, maybe a break wouldn’t be a bad idea. I would still read, but I’d allow myself to skip days and maybe focus on grammar a little more. I guess I’ll see where the mood takes me. 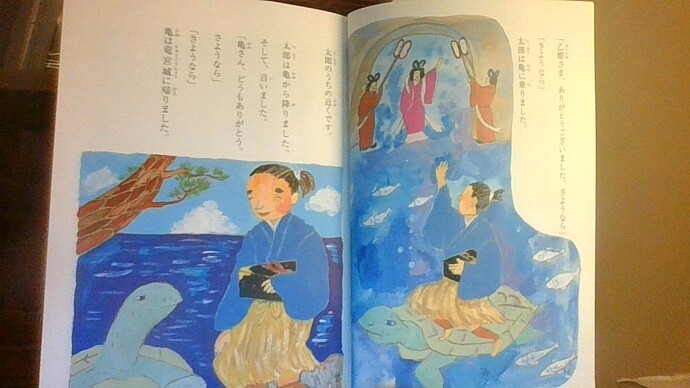 I read six pages of 浦島太郎. Taro was told by the younger princess that he could eat no more of the delicious food and must now leave. She gives him a beautiful box and he leaves with a “Thank You”.
Then he hops onto the turtle and the turtle takes him back home, where Taro gets off the turtle. He still has the box, and we will find out what’s in the box tomorrow.

Been sporadic with posts because it’s been a bit of a discouraging time (and my hand has never fully healed, though it’s better right now with me taking several measures), but I’ve kept reading. A few hard days might’ve slipped to ~3000 or so characters just to do something, but most have hit 7000-8000. Doing that takes me a few hours and I’m very much plateauing on speed right now, but it’s ok for the moment. I’ll probably think more about pushing myself when the next challenge rolls around, if I haven’t already seen improvements before then. Of course, that’ll depend on the difficulty of what I read next too.

I’m decently past the “committed to Shiki’s route” point, but probably have a while to go before I finish that and hit the true route. As of now, what I said before about her very much applies – this remains the character that I like the least. Her story itself hints at having some potential, but she blows out my eardrums with shrieks too often. This heading in somewhat a romantic direction (which I assume it will? everyone other than Umi has and I think that will hold) is going to be… uncomfortable too, but I’ll leave it at that! Mostly looking forward to breaking into the endgame at this point, heh. Which doesn’t help me break through the slump when what I’m reading at this moment feels like a means to an end in more ways than one. I’ve enjoyed the rest of Summer Pockets overall though! 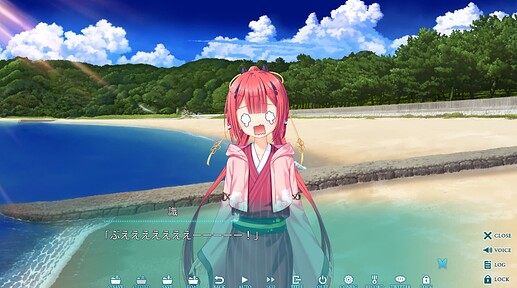 This is the most representative image of this character.

Still a little early, but I’ve got a lot of thoughts swirling about what to read next. I’ll have to post somewhere about that sometime…

I wanted to start reading at 11pm, but then I repeatedly got distracted for about 2h… Then I was only going to read 1 page, but I ended up reading 10 lol

Whoops, last post was Wednesday. Hmm… I’ve mostly been reading about Japanese than in Japanese. Although Thursday I did prep for Haikyuu book club and today was the read aloud.

I had finished chapter 2 of Kiki’s. I need to print chapter 3 vocab list.

I finished 夜カフェ２ on the 26th! On the 27th I read a couple pages of my next book: 霧島くんは普通じゃない, but I didn’t really earnestly start it until today, when I read 11 pages and finished the first chapter! It feels much easier to read than 夜カフェ partly because of the language difficulty level, but also because outrageous things start happening pretty much right away. I mean, our hero Miu gets a papercut and the brand new 超イケメン transfer student grabs her wrist and licks the blood off her finger! Then face plants into his desk muttering やっちまった………

I did not make a liar of myself today! Although I didn’t read very much, either; I only read 4 pages of 海辺のカフカ, not even the whole prologue. I’m intrigued by this “boy called Crow” character.

Ah thanks, I guess I also need to think about how I’m counting days since I count each day even if I don’t read, but then I mark that I didn’t read that day

I can’t get enough of ライバルさん’s antics.

A couple interesting expressions I ran into: