Following up from yesterday, and as the last day of the week, I read Yuru Camp Ch.70-71 (which is actually a re-reading). Focusing on the vocabularies, and getting pronunciations without Furigana, I have too look up, at least a lot for place names. (And, one of which is unresolved - 清水、淸水（しみず、きよみず、せいすい、しょうず）) I need to look up a surname as well (なでしこ).

I really want to go to the current chapter in Yuru Camp Discussion (Ch. 74). But while I can with enough stamina in a reasonable time (if I focus on vocabularies, as talked yesterday); I don’t really have time this evening, at least not much laptop access, or full learning setup.

I read through Happiness Ch.4 whole chapter really fast. Not really zero vocabularies’ lookup, but very few. (Like 6 or something.) It’s good, so that I can focus on comprehension.

I have taken a small Kanji test (and got a valuation number, but I feel it doesn’t matter much). I feel I should take Kanji separately and seriously; probably in WaniKani style on Anki, which I have done before plus level 1-60; but with my vocabulary list instead (from Yomichan / Akebi / Takoboto). 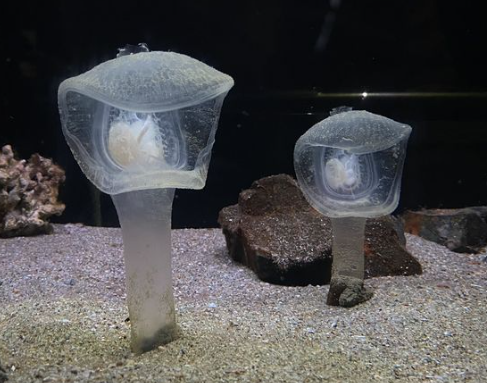 Then reading today I got super interested in what was going on and ended up finishing the volume. (the temptation to binge is strong). This one had more background on some of the characters and some progression in things that have been hinted at before. Like what’s going on with Koutarou’s dad, although there’s still some mystery there that I can’t wait to find out. Also learning that a lot of sea creature names aren’t in Jisho so I’ve been doing a lot of googling. Through this I’ve learned there’s an aquarium with a deep sea exhibit with a lot of these creatures in my state. Might just have to go on a road trip there this summer.

Today I’ve read 8(!) pages of 夜カフェ. I could do this, because 1.) my sleep schedule tends to be broken beyond repair, and I’ve read the first 3 or 4 pages a bit past midnight 2.) I’m a lazy git who had next to nothing to do the entire day besides reading and watching youtube.

A lot of words that come up quite often started sticking really well, so I can oftentimes just go through a sentence without having to look up words and that makes things a lot quicker.

About a man who helps out the daughter of a fox.

I just finished Book 12 from Level 0, Set 2. It tells all about different data about people in Japan. It says Japanese women live the longest in the world at 86 years old. Men get married at age 30 and women at age 29. Men work a total of 18 minutes at home, while women work 3 hours and 41 minutes. Japanese people have 1.37 children.

I will begin Level 0, Set 3 tomorrow.

I read Chapter 17 of Mitsuboshi Colors today. I struggled a bit as it was one of the more random, zany chapters where it can be hard to tell whether I read something wrong, or whether its just the characters being eccentric

I think I got the gist of what was going on though!

Those are interesting stats @dunlewy ! Thanks for sharing

Those are interesting stats

I thought some of the stats were weird, like men only helping out at home for 18 minutes. Also, I didn’t know that Japanese women had the longest lifespans in the world. I learned a lot about Japan in this book. But it was harder reading!

Finished chapter 20. I definitely started reading way too late tonight. Let’s try to avoid that, starting two days from now. (I know tomorrow most likely will be busy busy)

And another complete reading week down. One more week until halftime: 24/61 Homepost

This week went slightly better than the last and I got all my reading done in time. Even though I started late because of easter.

What I read/did in the last week:

So the Solanin re-read is an interesting story. I had one Anki card which I did not understand so I was looking for the context in the book again. But while searching I kinda started reading it again. It was fascinating how much easier it was this time around since I had just read it in the last challenge in Winter. Before I knew It I head reread 6 chapters and even could remove nearly all question marks I left while reading last time. Time ran away though so I just suspended the card and moved on with what I was supposed to do.

Most of it is surely that I srsed the vocabulary from the book but it also felt markedably easier to parse the sentences and it took way less effort compared to last time. I also found a grammar point 固いっちゃ固いけど which last time I just didn’t understand but since then came to learn this usage of といえば and that contraction. It felt soo good to actually see my progress which seemed quite substantial.

Other than that nothing more to report.
My next update will be late again because next week is the chaos weekend where I’m not sure I can even keep the streak going.

Read a short tadoku story about おでん. I’ve been busy last several days due to moving. Things should settle down soon.

April 23
Continued chapter one of 坊ちゃん and in the very next sentence I got a bit of context for my trouble sentences the day before. (@Belerith Turns out Kiyo thinks the protagonist has a good personality and is a cute kid, or however to phrase that. Also probably doesn’t like that his dad neglects him.) And this is just the set up of the story.

This story is making me dig into grammar points I know generally to understand them deeper. Good I guess, but makes the reading a bit annoying because I feel so uncertain over my understanding.

On to the more complex sentences from the rest of chapter 1.

So yeah, this booklet in this Graded reader have me busting out my A Dictionary of Basic Japanese Grammar for the first time (or like actually using it anyway). I’m so glad I bought that many moons (*cough* years *cough*) ago.

April 24
Well, the first two pages of chapter 2 and I’ve already looked up several grammar points. This story is making me double check that I do in fact know a certain grammar point to mean X, because so many of sentences feel like it could mean either X or Y. (aka opposites)

One fun word at least:
役割 = role, or as I thought of it when I saw it: division/separation of duties, aka your role/your share of duties.

And now on to everything I had trouble with…

Well, learning new things and choring up old knowledge (or reminding myself of old knowledge) are good things, but also means a serious snail pace.

Normally I just kinda read and don’t worry so much about the details, but (1) I am getting some of these sentences entirely wrong and (2) most of them feel +1-ish—as in if I just look up the grammar point I’m kinda missing/not remembering clearly, I get the meaning of the sentence instantly kinda way.

Well, maybe someone else gets some joy out of my struggle too.

Today I read… 12,000 characters! In total that took 3 hours but there was definitely downtime so let’s call it 2 and a half or something, who knows. I’m still in that beginner (to this sort of task) reading speed zone I think, but I’m also being somewhat thorough at times, and mining and all alongside it, so it’s all good. I’m happy to have pushed the numbers this much today, and I think I’m making huge progress through this route right now. Very hard to gauge how long it’s going to go, but hopefully I’m pushing my average limit over time a little more, at the least. Might try to bump my soft daily goal to 6000 or something (it’s usually 5000), just to make myself push a little harder. It’s not like it matters on the days I just can’t do it. 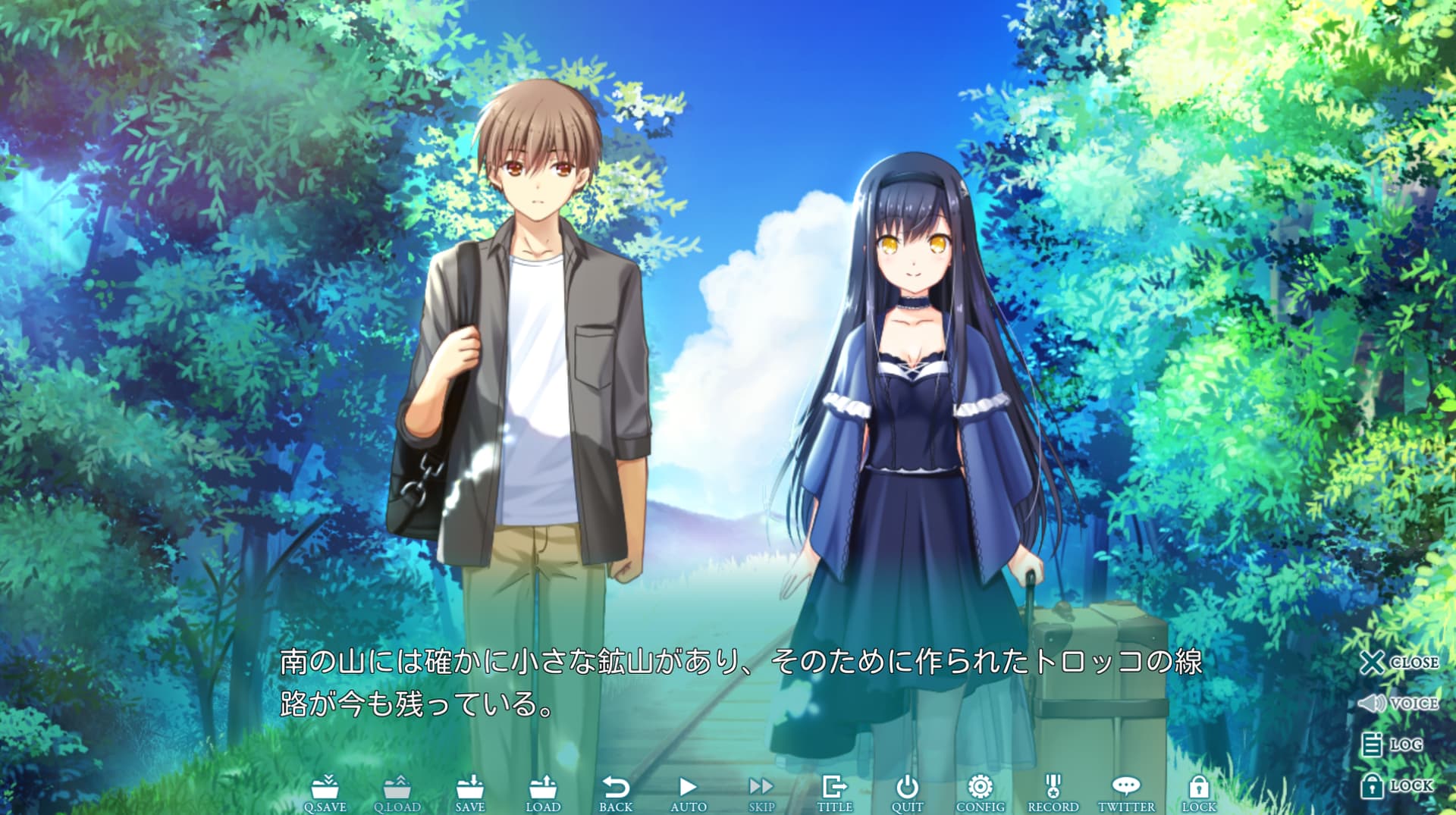 I’ve been rather enjoying this route as the biggest straight up adventure of any of them. Not a lot to say about the actual reading today; despite the sort of difficulties you’d expect in several places, it overall went smoothly enough relative to what I can hope for right now. I guess my only observation is there’s a young child character who is pretending to be a ninja and she ends every single sentence with なり. Don’t know if that exact speech pattern is a wholly individual quirk or possibly something children do sometimes when in that kind of phase.

This time you get a whole proverb of sorts! 備えあれば憂い無し (そなえあればうれいなし), “if you are prepared you don’t have to worry/ it’s good to have a shelter against every storm”

After over two years and three months learning japanese I finally finished my first book in japanese. The first book of the Wan Wan Detective series, which I bought for a book club. It’s a book aimed at children but it’s still a book. But this is just the beginning I will read much more books in japanese.

Day 24
Apr 24
My reading speed was slow this week. Sometimes, I only read a couple pages of 黒猫亭事件 (~5mins), because I was in the middle of something else or there was something I don’t understand. But I made some progress today, and finished Chapter 7, in which 金田一 was introduced and connected to the case.
There was a lot of words and weird expression that I didn’t know.

After over two years and three months learning japanese I finally finished my first book in japanese.

Isn’t that the greatest feeling in the world to do something so new? It’s an accomplishment! Good for you!

Why did it feel like today’s pages suddenly leveled up in difficulty?

So many words I couldn’t remember spelled with kanji I couldn’t remember how to read. Man, the crane and the heron are cute but I don’t know what is going on 90% of the time when they’re involved lol, I tried not to spend too much time worrying about it because it seems like they don’t exactly converse logically (like their conversations are kind of hard to follow on purpose)? I hope so anyway because

Is it something along the lines of: Somehow she looks so very small. ?

Yeah that seems right to me! Kind of lamenting their parting and how far away she is already, that kind of vibe (assuming that makes sense in context