So I said screw it and went ahead to compile an updated list of over 70 fonts that I tested one by one to make sure they’re usable fonts, great for practicing.

Sorry to bother you, but I just had to reinstall my whole Tampermonkey WK setup, and I noticed that this google drive link no longer works, so I was wondering if you still had the Jitai font list? Thank you!

Sure! Let me know if the below works.
https://drive.google.com/drive/folders/1RqHNc--uC-5ho6km8WqcgRx-zJvPVWdC

Thanks so much! It works great

This looks fantastic! However it doesn’t seem to work in “Extra Study Mode”. Is this an issue with my installation, or is this feature not implemented yet?

Does this script have any known issues with the Safari browser (in macOS Big Sur, if it matters)? I’ve been able to get fonts besides the default OS X fonts to show up in Firefox, but no such luck in Safari. I’m not sure if it works in Firefox just because it’s a different browser, or if it’s because Jitai is the only script installed in Tampermonkey on that browser.

I don’t know about OS X and Safari. but with Crome on Windows I have to exit and restart the browser to get the font recognized by Chrome.

I already tried restarting Safari after installing any new fonts, but that didn’t seem to help.

You could try this script:

Features I’m planning for this extension to handle every possible WK review font modification need that could arise eventually. For now it supports 2 features: Using fonts from Google Fonts in an integrated way Changing the size of the font. After installing the extension, the menu in the top left corner of the screen will gain an additional button: [image] Clicking this will open up a dialog (if you’ve been following what I was doing in the last couple of weeks, this was a shocker for you…

But it does not offer any fonts as crazy as ArmedBanana.

But it does not offer any fonts as crazy as ArmedBanana.

Found a fix for this: change the @include line at the top of the script to:

This lets the script function with both reviews and extra study.

That worked beautifully thank you!

I’ve noticed that radicals and a few other symbols (such as the ~ in suffixes) are sometimes completely blank while I’m using this. I’m guessing this is because the font doesn’t have anything for those symbols? But the plugin is supposed to deal with that. Is there any solution to this problem?

For those people having trouble:

If you’re on Windows, try reinstalling the Japanese support and font pack, reboot, and drag each font one by one into the windows folder, then double clicking the font to make sure it renders properly after it is in the windows font folder

The order in which your userscripts are numbered may also matter. Make sure you have Framework First and Jitai last. I’m using 10 other scripts with no problem.

I also strongly recommend adding the line for extended review and installing one font at a time to make sure you don’t run into any trouble. Figuring out which font is the culprit later can be troublesome (but possible if you use Inspector on the browser right click menu)

This did the trick for me today. Windows 11 user

So, jokes about ArmedBanana’s absurdity aside, does anyone here actually use it? Has anyone encountered handwritten Japanese in the wild that actually looks that…idk how else to put it, janky?

I’m not familiar with searching for fonts online. This is probably a dumb question but are there any known reputable websites where I might easily find these kinds of fonts? Google Fonts has a number of fonts that support Japanese characters, but not much in the way of handwritten style fonts, which is what I’m interested in practicing reading.

Has anyone encountered handwritten Japanese in the wild that actually looks that…idk how else to put it, janky?

Seriously though, holy s***. And I thought my kanji writing looked less than good.

If a site lets you download, it’s likely a free font. I’m pretty sure license holders are strict enough that you can’t find paid fonts illegally available, at least not on the sites google will show you when you search. And as long as the extension is .ttf or .otf you can be pretty sure it’s just a font file. You’d have to be going to reaaally sketchy sites to worry about getting something else in your download anyway. One site I’ve used is https://eng.m.fontke.com/font/, but they have some restrictions about one free download for non logged-in users or something, and I haven’t tried logging in before. You can get a few more if you use other devices like your phone though. I don’t remember all the other sites I’ve used, but if you’re looking for specific fonts you can always just google them until you find a download. And if you can’t find anything for the ones I recommended, I have them saved and can send you a pm.

Is there a text file to change around jitai to accompany all these font files?

Allow me to be one of probably a million users to say that ArmedBanana is an…interesting font.
And by interesting, I mean frustrating.

This is supposed to be 運. 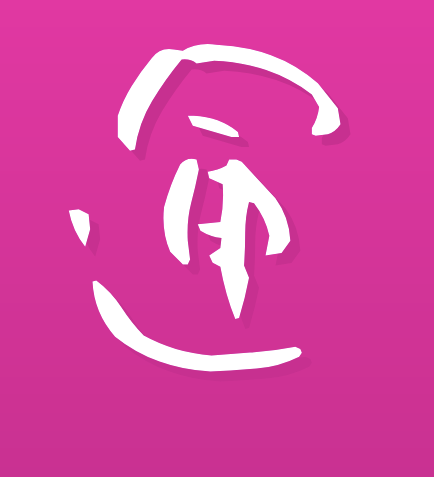