How is this written in japanese?

Has it ever happened to you that you have come across a word written in romaji and have you wondered how it would be written in Japanese (in kanji)? This has happened to me usually with proper nouns, like the name of a town or similar. You could always look for that word on the net but, what if that city/town doesn’t exist? Take for example the name of “Hanyuda”. The only thing you know is that’s the name of a town, but how is it written in japanese?

Is there any website that could do that? Trying any combination of kanjis that may, approximately, do the thing?

You can type kana into jisho.org and it will find words that match, including ones with kanji. Names and places are a bit more complicated. For locations, Google Maps probably accepts kana input, though I haven’t tried.

You can usually find how something is written in kanji by typing it into your computer’s IME and seeing what kanji suggestions appear. English representations of Japanese tend to omit vowels, so I suspected that Hanyuda is actually Hanyuuda. When I typed that in the IME and get this word: 羽生田.

Finding a source talking about the thing in Japanese is always going to be the most foolproof approach, as names can be written (and romanized) lots of different ways.

Jisho or IMEs or other tools can give you common options, which is helpful! But if you have a specific thing in mind it isn’t a full substitute for specifically looking up that thing.

One easy way to do this: look up the thing in English, and find the kanji from that.
For example, if you know the name of a person or place in English, you can look up their wikipedia page, which lists the kanji, plus you can toggle the language to Japanese for kana and more information.
For fictional things, a fan wikia often has the kanji for prominent proper nouns, and if not, then you may be able to find the original Japanese name of the work or franchise and use that to find Japanese sources about it.

“Boy I’d really like to know what kanji are in their name…” is definitely a frustration with consuming Japanese media in English after learning a bit of kanji! 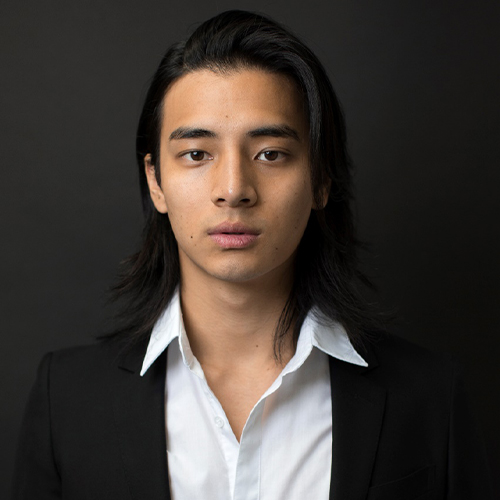 Hanyuda Amu (羽生田挙武) is a Japanese singer and former member of ANTIME. 1 Profile 2 Gallery 3 Reference List 4 External Links He went to Keio University, Japan. He has studied in the United States since September 2020. He speaks Japanese and English....

and there you have it.

Also, just plain getting lots and lots of exposure to the language helps. As it so happens, I already know of the existence of the town of in Saitama Prefecture (it’s the northern terminus of the Chichibu line), and “da” in place names is pretty frequently 田, so I can make a fairly educated guess that it’s going to be 羽生田.

(Though it could potentially also be Han’yuuda, just to throw a spanner in the works…)

Also, just plain getting lots and lots of exposure to the language helps. As it so happens, I already know of the existence of the town of in Saitama Prefecture (it’s the northern terminus of the Chichibu line), and “da” in place names is pretty frequently 田, so I can make a fairly educated guess that it’s going to be 羽生田.

(Though it could potentially also be Han’yuuda, just to throw a spanner in the works…)

There’s also 羽生結弦, who is probably one of the top 5 most famous athletes in Japan. I thought this was somehow going to be about him.

You can look it up (I use Jisho.org and Takoboto.jp), but another method is to just try typing it. If you have a Japanese keyboard installed, you’re very likely to get the best matches at the top of the list.

For instance if you see the city Nagoya mentioned but don’t know what the kanji is, and you type it, you’ll get 名古屋 and 名古屋市 right at the top, and especially if you know that 市 means city it’ll be clear that’s correct!

Do keep in mind though, that there appears to be at least one person and place named 羽入田 as well, rather than 羽生田.

So just to reiterate, it’s impossible to know 100% for sure without verifying the exact specific context.
If there is no specific context (like when a character vaguely mentions something off-hand), then we just have to live with some amount of uncertainty.

Thank you guys! With all your recos I finally got my japanese word with the appropriate kanjis!