Hi, I’m struggling on these:

Month is ok as that follows the ‘On’yomi + がつ’ and is consistent, but I struggle with the Thing / Day inconsistencies.

I like the idea of this chart Remember all the different numbers - #7 by cantoryakov and wondering if anyone has any other recommendations, patterns, mnemonics to help please?

Just looking at the very first line, ついたち isn’t used for counting days. One day is just ichinichi. Tsuitachi is for the first day of the month, which is a bit different. If you’re aware of that, then we all good, but i wasn’t sure if you were aware of the difference in those two words so figured I’d say something.

I like the idea of this chart Remember all the different numbers - #7 by cantoryakov and wondering if anyone has any other recommendations, patterns, mnemonics to help please?

That chart basically covers all of the exceptions - aside from that it’s pretty consistently on’yomi+counter. The main exceptions remaining are:

Wikipedia has a pretty good article on the subject: 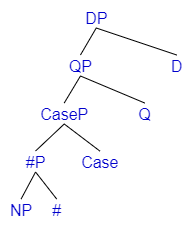 In Japanese, counter words or counters (助数詞, josūshi) are measure words used with numbers to count things, actions, and events. In Japanese, as in Chinese and Korean, numerals cannot quantify nouns by themselves (except, in certain cases, for the numbers from one to ten; see below). For example, to express the idea "two dogs" in Japanese one could say 二匹の犬 ni-hiki no inu (literally "two small-animal-count POSSESSIVE dog"), or 犬二匹 inu ni-hiki (literally "dog two small-animal-count"), but just pa...

The kun’yomi numbers do continue past ten, but you’ll basically never ever see those in modern Japanese. The 個 (こ) counter is used instead, with on’yomi numbers.

I mean technically it can be, but almost no one ever uses that. Most people use 個. You’re about just as likely to see 个 as you are to see 箇 in my experience.

I mean technically it can be, but almost no one ever uses that.

I blame the IME for that one.

Thanks, I’ve updated these

Thanks, I’ll have a read. “standard rendaku and gemination rules” - I’m not familiar with these so I’ll do some research, thanks again!

What is IME please?

Input method editor. Basically the thing that allows you to type in japanese and parse hiragana into kanji. He’s saying he blames that function for giving him the wrong kanji when he typed ko

This topic was automatically closed 14 days after the last reply. New replies are no longer allowed.