I am honestly glad you enjoyed it. I came for the Heart Sutra (Because I enjoy chanting it and listening to it). I stayed to argue. Im keeping the bit about Shintoism up and its effect on the view of certain things because id like to think its somewhat interesting. It might not be.

(The UK might be better about this I honestly dont know)

We’re pretty good at protecting historic landmarks from a policy perspective, although I am no expert on the particulars.

相So… I meant to join in on this conversation almost two weeks ago but then life happened or something and I kept postponing it. And now I’ve apparently missed quite a bit (haven’t read anything that’s deleted) but I’m glad y’all got it sorted out. May the informative discussions continue in peace.

Buddhism is not supposed to be doctrinal.

…the urge to say “but [some of] Buddhism is doctrinal. You can’t tell people what their religions are supposed to be.” is very strong. I’m sure you know already and there’s no malice in my remark - just really felt like mentioning it in case someone who isn’t aware of that scrolls by.

“Buddhism” (as an ~ism) is not just a philosophy or lifestyle, it’s also definitely a Religion; all kinds of questionable content, internal strife and schisms, discrimination, [re]interpretations, dogma, revivals, reboots, etc. included. It’s got heavens and hells, angels and demons, saints and sinners, all of that gory story stuff too. Like a very thick layer of mud over the Lotus of the “original teaching” (if there can be said to have been such a thing). Just like the monotheist religions, Buddhism is not a monolith: there’s great diversity to its systems, as developed by a great number of geographically and culturally diverse people over a very long period of time.

Buddhism - even when just limited to Japan - is 波瀾万丈 (and with that I leap to:)

a book of I may put them up back up too

Those are fantastic. I remember this other thread that was all about WK yojijukugo, and just found another. Would always welcome more.

The building is the same building.

This made of think of a similar concept (or thought experiment) in western philosophy, in the form of Theseus’ Ship. In a way this is true of the human form as well. We’re constantly shifting, being replaced bit by bit but still considered to be the same person by most others. And that too is found in Buddhism, of course: self vs no-self discourse.

This made of think of a similar concept (or thought experiment) in western philosophy, in the form of Theseus’ Ship.

If you cut up Theseus’ ship with my grandfather’s axe… does it make a sound?

Buddhism is not supposed to be doctrinal.

You are not the first to comment on my remark. I am sure that you could tell that it really was just expressing my frustration with て. What I was really saying was “There is nothing holy about why can’t I write it as ネハン?”
The funny thing is that I have made peace with these て now there are a limited number of them, and a limited number of terms and names that use them. I think I will write up a little guide.

All that you say about Buddhism and religion I am deeply aware of. I need to be careful not to start believing my own “soft sell” that I do of Buddhism, living mostly in a world of people to who see Buddhism as a strange and threatening thing.
If I can think of clever way to reword my original poorly stated remark, I will. I did not mean to speak so broadly and generally and inaccurately.

Buddhism does not need to be doctrinal.

There is my edit of the moment.

Link for a 1930’s dictionary of Chinese Buddhist terms.

I am sure that many of these have been directly copied into Japanese Buddhist texts. Totally overwhelming!

I am sure that you could tell that it really was just expressing my frustration with て. What I was really saying was “There is nothing holy about why can’t I write it as ネハン?”

Oh yes, I could tell. Fair point too! Katakana was once developed by monks specifically as a short hand for copying sutras, if I got my sources right, and nowadays is pretty much exclusive to loanwords, so there isn’t really a good reason for keeping all the Sanskrit terms in kanji (other than giving them that authoritative “ancient knowledge” look).

Like I said, I just… see to many (‘regular’?) people thinking Buddhists only believe in one “Buddha” (even though they themselves might have 3 completely different plastic statues in their garden) oblivious to the fact that e.g. Tibetan, Thai and Japanese forms are completely different things. Or they think that Buddhists constantly strive for world peace and are somehow more spiritually advanced, unaware of the indoctrination, myriad of sects, strict adherance to rituals, intolerance and even violence that is present in reality. But that’s of course a problem all religions share: a gap between ideals and implementation, scripture and practice… contradictory words and actions of a Faith’s followers. (also this is by no means a criticism of any particular believer of whatever, should anyone read this and feel attacked)

And yes, some people might even go so far as to say the literal words themselves are holy. This is why the main object of worship in Nichiren is the Lotus Sutra, and why spinning prayer wheels supposedly grants you instant karma points, right? I once had a muslim guest staying over who remarked that me putting my tea cup on top of a Bible (happened to be on the table and space was limited), would really not have been allowed had that been a Koran. I suppose there are plenty of Christians out there who would agree. [/rant]

Anyway, thanks for the free dictionary! A bit much indeed, but it might come in handy someday.

Kanji-by-kanji literal: (beware, this completely ignores the intended meanings of most of the kanji!)

cart Buddha have cause

After a few of these, the meaning shapes up pretty easily.
is Kannon, of course
is Kanzeon
is namaste, I bow to

Shortly I will continue with the more meaningful translation.

Translations and readings needed to complete:

Heart sutra is now complete with, annotated version, new version with just the kana readings, two print versions, and a traceable one too.

And one last thing, for now at least! Here is the complete set of versions of the four vows. Full annotations, readings only (romaji and kana), reading only (kana), compact, spaced, three times and for tracing.

And a version with plainer kanji.

I finally looked at your sty file. Very nice work. This is the great thing about \LaTeX .

It is so beautiful to generalize something, and make it repeatable.

Thanks! Nice of you to say! I have been really making an effort to make things modular, by separating text from formatting and seeing how much I could generalize and functionalize the code. I do like that about \LaTeX as well, it is very modular and easily extensible with custom functions to generalize and avoid repetition.

For this project it should mean that it is easy to add new texts! A simply formatted file – basically one of a variety of templates dictating font size, color, page margins and spacing wrapped around whatever text you want. I’ll be making explicit template files. But for now the basic structure is:

For plain kanji text, its pretty trivial to add a new text.

For now though the hard part is doing the annotations and readings for those texts that need them, since they have to be done by hand {reading}{KANJI}{meaning} the original \heartblock is still at the heart of things of course.

I’ve been especially enjoying the way this project has built itself a website by the use of \href{}{} links and the fact that I host the individual files on my github pages home page, so they all display via the web interface of a browser. The documentation, examples and code can more easily build off of each other I am finding as they are developed in tandem and linked to each other.

Your message is probably going to disappear, but for what it’s worth I’d like to say: it’s about the Middle Path, remember? There’s still plenty of margin between “praising yourself” and “negging yourself”, in which you’re welcome to share memory feats (like remembering a sutra by heart!) or published writings about topics you’re interested in (regardless of one’s perceived level of skill). The Way must be practiced, yes, and shared too. So… don’t worry too much about one message ‘disrupting’ the whole thread.

No need to be one of these guys:

I had been thinking about posting a few favorite parts of my own sutra booklet - in the OP “here’s each kanji’s distilled meaning” format - to see what it would look like if I use WK for that. But now it’s all…

A simply formatted file – basically one of a variety of templates dictating font size, color, page margins and spacing wrapped around whatever text you want.

Does this mean I can use any cool font I happen to have and use it for copying sutras?

I’ve been meaning to learn more of this

too, for quite some time, but there’s already so much on the to-do list, including multiple non-digital languages… I managed to code a little sidescrolling ‘game’ once (using a book for kids I literally got at the toy store), but feel like I have definitely not put in enough work yet. Also wouldn’t know where to start, because there are so many languages for different purposes. What do you normally use this for?

(see, @Michikusa that is how you derail a thread

Does this mean I can use any cool font I happen to have and use it for copying sutras?

Yes you can! Fonts have always been opaque for me with LaTeX but they super easy to deal with when using xelatex as the compiler. Just drop each file in the appropriate folder in your LaTeX distro (mine is at ~/.Tinytex/texmf-local/fonts) run texhash to let the system know where to find your new stuff. And voila a new font is available for use with \setCJKmainfont{schmancyNewFont.ttf}.

I finally got LaTeX running right on my laptop.
I started a github page for my book.
The code is from several years ago, but I am trying to abstract it to make it reproducible. I have the two main functions pulled out and put into a .sty file. But I want to get all of the stuff with page numbering and such in the sty too. I originally made an unusual numbering system so that the numbering is not the page, but the number of each yoji. The pages get folded into signatures by the package pdfpages. I will give instructions for that. But the sty should pad out the number of pages to be divisible by 16 with blank pages before the back. 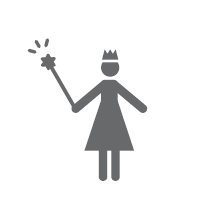 So there are several pdfs as they get folded. Look through FourCharacter, FourCharacter1, FourCharcacter2, FourChracter3 to understand the process.
Fourcharacters3.pdf are the final pages ready for printing and cutting and folding and binding.