Can someone please explain how to use these particles, I’ve just finished the questions on lesson 3 of genki and the only things I got wrong were using other particles in place of に or へ, also from what I understand they are interchangeable when it is a goal towards which something moves? but what does that even mean!

Below are the answers that I got wrong because I either used を, but more often で in place of に or へ. Also since I am fairly new to Japanese I have only used the kanji I know.

That’s how I learned it, but I might be wrong.

P. S. I’m not sure if を and で can be used the way you used them though.
I’ve never encountered を来ます (nor へ来ます for that matter) - with 来る it’s always に。I guess that’s because when someone comes - the destination is reached, so it’s に and not へ。

P. S. I’m not sure if を and で can be used the way you used them though.

Oh yeah they were the answers I got wrong, just showing how I was using を and で in place of に when I was working through the workbook

That’s actually a really useful way to think about it thanks!

へ and に can mostly be used interchangibly but with the caveat that へ can not be used to mark a final destination.

I’ve always been told that in day to day japanese, へ can pretty much always be replaced with に, outside of set phrases. へ is apparently more formal and used more in written japanese, so it’s probably fine to stick to using に until you get a feel for it.

Beyond that, what the others said.

Two videos I would recommend that might help with this and the second is also good on particles general are: 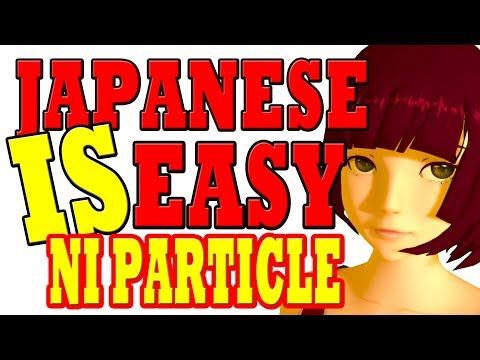 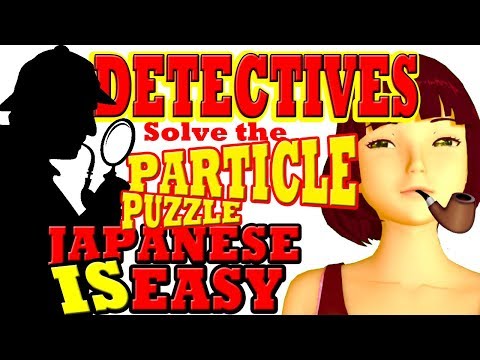 This screenshot from the second video essentially a summation of the posts from this topic:

Cheers! Will check them out!

Also, stick with Cure Dolly’s videos. Watch all of them if you can. She teaches grammar better than any resource I have encountered.
For learning grammar only I could suggest Tae Kim and then soldiering on with Cure Dolly (he teaches everything you should know to start diving in native media but rather quickly). The downside is that there are no “excercises” there unlike Genki. But really, to me, those excercises only help you remember how to construct the grammar Genki teaches rather than understanding properly.
I did Genki I and dropped Genki II while halfways through because I didn’t know any better, and got really bored. But the fact that I was already somewhat acquainted with the grammar points allowed me to read Tae Kim faster and enjoy Cure Dolly’s eye-opening videos. Plus, she always tries to answer doubts and gives thorough explanations.

best decision in life : to buy the “dictionary of basic japanese grammar”
https://bookclub.japantimes.co.jp/en/search/g11319.html

The YouTube generation don’t like textbooks. I have it also, nothing beats a good old fashioned dictionary sometimes.

Conclusion: Classically, へ indicates moving in a direction, potentially (but not necessarily) inclusive of a final destination, whereas に indicates solely the intent to arrive at said concrete destination. Originally a divide was even sharper, with へ really just being used to indicate movement toward a direction or location, and に’s specific goal being identifying destinations, such that you’d even see the two used in proximity in the same classical sentences.

In practice, though, へ has steadily stepped into に’s territory such that the distinction is now so vague as to be almost non-existent, other than one feeling a bit more natural than the other in certain situations (in line with their original roles). And on that note, there really aren’t many times now where one would feel wildly out of place compared to the other.

Also, one example of へ representing a final destination would be when addressing letters, maybe?

best decision in life : to buy the “dictionary of basic japanese grammar”

I’m going to get it out as soon as I can!

It is very nicely made.
I think it is only missing more explanation about verb conjugation and usage of verbe tenses. And colloquial grammar is out of its scope, so it will not explain the grammar of oral japanese and manga.

also from what I understand they are interchangeable when it is a goal towards which something moves? but what does that even mean!

Not sure if your questions were answered to your satisfaction yet, so here are my two cents!

Basically any situation where you say to a location.

Going to the park.
Flying to a country.
On your way to your house.

But then there is also に/で which indicate a location at which something happens, or is. There will probably be a Genki lesson dedicated in part to this use of に. In this case the two are not interchangeable. But you want to treat this に meaning at, as a different particle from the other に, which means to(wards). You will find that に wil have more distinct functions other than these two.