Anime on Netflix with Jp Sub

Any recommendations for good listening immersion anime on Netflix that has Jp Sub?

Netflix outside of Japanese is hit-and-miss whether it will have Japanese CC as an option or not. I suppose the idea of hearing impaired Japanese people living outside of Japan hasn’t quite made the rounds yet.

Any anime that’s a netflix original will have japanese subs in my experience. I also went into my Netflix settings and set one of my languages as Japanese. I don’t know if that changed anything but its worth a try.

JoJo series has JP sub in my region, and it’s a pretty long series.

I suppose the idea of hearing impaired Japanese people living outside of Japan hasn’t quite made the rounds yet.

Bro, Amazon Japan can’t even get their CC game straight for people living IN japan. Its wild.

Just a heads up, but that abbreviation is considered a slur. Jp or Jpn are widely accepted alternatives. If you’d like, I can edit the title for you.

Also, do you also know about Netflix’s function where you can browse by sub/dub language? I don’t know what you have available to you.

Thanks for the heads up. Hope I didn’t unintentionally offend anyone.
I just updated my language settings. But there’s a way to browse by sub? 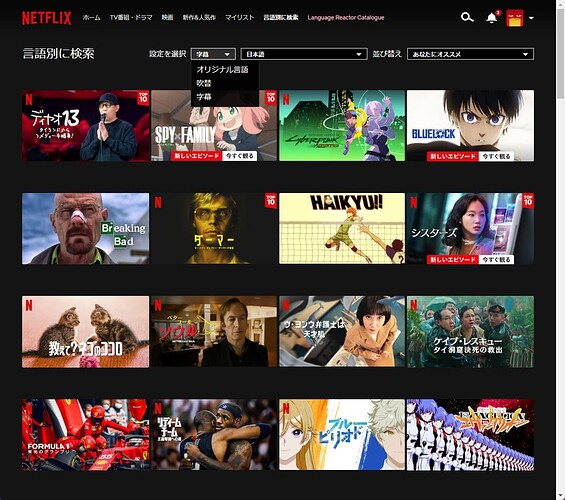 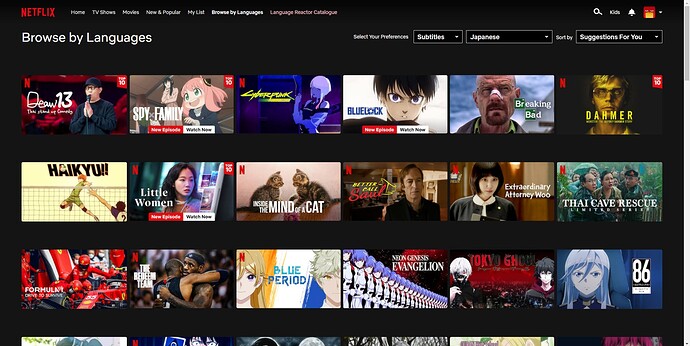 be warned if you try to watch non JP shows that are subtitled/dubbed as often the dub won’t match the jp subtitles (i suspect the dub is often a separate thing from whomever is subtitling as i find often the subtitles match the english far more than the dubbed japanese, even so far as even character names being different)