Yesterday I had a revelation that 日本語上手 is essential to level up your japanese and are harder to get once you reach intermediate level japanese because you’re not that cute puppy trying to use the language they want to encourage, but you’re not actually impressive enough to get 日本語上手’d IRL anymore. I noticed this yesterday when after a whole day of talking to people in Japanese there was only one person who 日本語上手’d me. I hadn’t heard that directed at me in quite some time but it was a genuinely smooth conversation as opposed the earlier ones and I felt like I earned it.

So my goal for the next couple years is try to get as many 日本語上手s as I can until I level up to 日本語ペラペラよね. This is the comment I hear about foreigners who are actually fluent conversationally in Japanese. Once I get this one I know I’ll have made it. But I need more 日本語上手s before then.

TL;DR Dogen really got it into people’s heads that 日本語上手 is not the compliment it seems but it is after you get out of the beginner stages.

My italki teacher never says 日本語上手 to me and it makes me weirdly happy. It feels like it’s a subconscious sign that she’s not going easy on me or holding back, if that makes sense?

This is the comment I hear about foreigners who are actually fluent conversationally in Japanese. Once I get this one I know I’ll have made it.

I got told that I’m the ichiban tsuyoi weeb in Japan this morning, so compliments can certainly come in many forms

I got 日本語上手 twice from shopkeepers in Kyoto on consecutive days during a trip in 2018 because I could read the kana labels on the products in the display case. Kana! I learnt the kana in my first week of studying!

To be fair, there are people who can’t or don’t get to learn kana before giving up.

I feel this so much oh my god, I told my coworkers when I first arrived in Japan that I couldn’t read much kanji (until wanikani that is) and they started writing to me in romaji…

I got 日本語上手d by reading かな. Also just last week I got 日本語上手 from a different teacher group of which I literally only ever speak Japanese with them, never English because they don’t know English. The reason? I know the word 秋 and used it in a sentence. There was a chorus of “wow you know that word? You’re so good at Japanese wow!” I was so angry.

This but people writing me notes in kana because they think they’re doing me a favor when really it’s harder to understand. 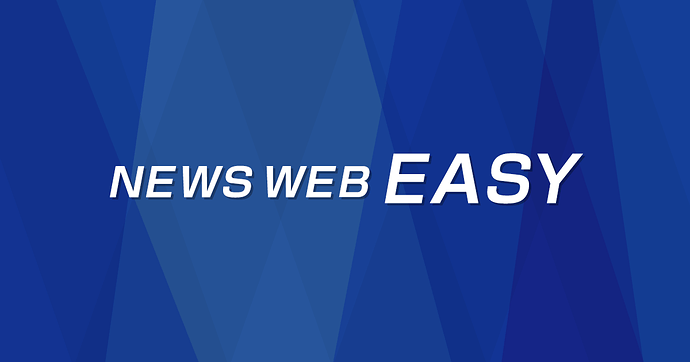 I have never been 日本語上手d but that’s not surprising given I have almost never spoken Japanese.

However I have a colleague at work who happens to be Japanese and I tell him a few sentences in Japanese now and then. Last time he told me “it’s cute when you talk Japanese” (just to be clear it was not a reference to my physical appearance ).

Being 日本語上手d, being ‘cuted’… I don’t know which one is worse!

You are not alone with that

You mean Japanese sign language? If so? That’s would be known as JSL. There have the channel for whose are interesting or help especially the deaf japanese community. DeafJapanTV is the good resources to learning JSL. I am sure there have more to explore, just try use hashtag like #nihongote???

わたしはときどきを日本語手で勉強します。
But when I review this grammar I practice, and it results didn’t went exceptionally. I tried to say the following: I study Japanese sign language sometimes. (Well almost everyday…) You mention about “上”. Guess I have a long way to be perfect writing and grammar to be equal like a native Japanese hearing person. But look like I might have to google for true vocabulary for “JSL” and checking Japanese native deaf person.
Well, let you know, I am a deaf person. Yes, myself a deaf, is learning and practicing Japanese language in whole term such writing, reading, and sign languages without trying to depending on learn a sound. My goal to be become a fluent (master) this languages (yes “languages” - oh welcome to the multilingualism! I am

sure my Japanese deaf people can write and read based on their original primary language (日本語!)

As a deaf foreigner (than deaf natives), I WILL have to deal (remember/memory) with the same katakana/hiragana themselves such “はし” (chopsticks, bridge, so on

). Kanji is a good tools to notice from the similars but when with or without kanji - I will have to read carefully what this grammar means before translating

to prevent getting the reviews, excessiveness words (I just checked and it is already over 1000 reviews, dead

) that I might have no chance to do all days!

But that was really worth that I could able to read most words and as well JSL sign languages too slightly better than in my beginning of learning but not truly best, (から、わたしの時にたくさん時間ません！

The times when I get annoyed by 日本語上手 is when the person isn’t thinking things through. Like, if we’ve had numerous technical conversations in Japanese, and you regularly expect me to read work related documents in Japanese, don’t be surprised when I can write 火?? Genuine compliments are always appreciated, but it’s the lack of sincerity or actual attention paid to your ability level, the thing they’re theoretically complimenting, that makes these types of 日本語上手 feel infantalizing or even demeaning.

That said though, I was so overwhelmed as a beginner that I thrived off any and every 日本語上手. And praise can be a good motivator at any level. It’s just that the praise has to be appropriate for the level.

I think as learners of Japanese we also forget how “not normal” it is for us as foreigners to know kanji. So while I get your point, I think its a good perspective to have. Now if we’re talking 一二三 I am reporting you to the authorities for パワハラ. lol

日本語上手 is less complimenting your Japanese language skill and more “Wow, you decided to learn a complex language as an adult even though you already know the most widely used language in the world, and on top of that you have the bravery to practice your limited Japnese with others?, Keep it up! That’s not an easy feat and I support you!”

Nah. I have N1, Kanken2, J1, work full time in Japanese and still get 日本語上手d.

Sure, the people who work with me (and thus talk with me every single day) don’t keep saying that (I assume it gets boring after a while?), but will still grab the chance of saying so if we are for example talking with someone else in a meeting and be all like “He’s really 日本語上手, isn’t it?”

I remember once during college at my part time job I was writing by hand a schedule of days I could work because of exams and such, and it had the weekdays (日月火etc) on the top of it.
I got 日本語上手d by another cashier for being able to write literally elementary school first grade letters, while she saw me doing cashier in Japanese (and it was Costco, so there was a lot of explaining membership rules and having customers to fill in forms stuff) every day with her, lol.
Not to mention I’m pretty sure she knew I was attending a rather famous Japanese university as a full time student. So no, in my experience you never stop getting 日本語上手d lol

And although I do congratulate Dogen for standardizing the whole 日本語上手 thing, the joke is definitely older than him.

Its good to know people support you though as opposed to the American way of being visibly frustrated you aren’t fluent.

I think one could say every has a positive side, right?

I guess this post is to just address that its not the insult people make it out to be.

Hey, maybe you’ve got confused with the Japanese in the title?

日本語上手 is 日本語（Japanese language）+ 上手（good, skilful） and it’s the standard way Japanese folks will use to praise your Japanese

日本語上手ですね！
Your Japanese is so good!

And as any foreigner who has ever spoke one single word in Japanese in Japan (be it Arigato or whatever) will promptly tell you, Japanese people are famous for praising absolute anything you say (or write) in Japanese, no matter how elementary it might be. That led to a running joke in the Japanese learning community about how getting 日本語上手d actually makes you feel worse, lol.

That aside, Sign Languages in Japanese are referred as 手話. So you have アメリカ手話、日本手話、etc.
If you wanna talk about those be more than welcome! There have been a couple topics about it over the years, I think this is the most recent one.