When people write by hand, the shapes and lines flow into each other differently from typed fonts, even if they are preserving all of the existing elements. 略字 are specifically about changing or leaving parts out.

Your avatar, for instance, is a looser representation of 真 than a printed font. This just presents many more problems for people in practice than 略字 would.

you live in Japan right?

Just about the only one I’ve ever seen in practice is #2, which is fairly common to see on some signs that are meant to look handwritten.

Aye, I’ve seen it used in manga in out-of-bubble “aside” comments on occasion. There’s one notable use in Yotsuba that I got a brief moment of internet fame for teaching someone about.

I just asked a teacher I work with here, and she also says that she only every sees #2. But even then apparently very few people will ever use it. I think this area of kanji is more of a weird bit of general knowledge than something essential

I see #2 constantly on handwritten memos and other notes. I have also seen and used #6 myself while working with native speakers in Japan. I’d say you don’t need to specifically study them because you can just ask when you run into one probably and then learn them as you go and see the more common ones. Or if you are needing to handwrite a lot of Japanese then they seem like they could be useful.

Very very rarely, I see #13 in manga, in the handwritten squiggles between chat bubbles, but it’s pretty rare. Otherwise, #2 seems indeed to be about the only one that’s very common out of that list.

Edit: ah, I have also seen some that are not in the list, but they were always obvious from context.

ah, I have also seen some that are not in the list, but they were always obvious from context.

For instance, the 間 here, which can be easily derived from the 略字 of 門 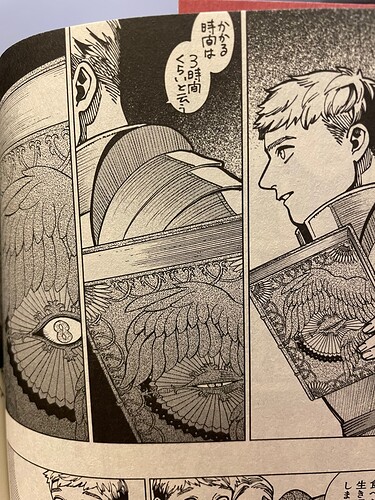 I’m done with it too

To stay on topic, the 略字 of 簡 and 問 made an appearance too. Same pattern, obviously.

so everyone knows it?

Yes, everyone has to use handwriting while in school (and to some extent in everyday life, although that’s getting less prevalent). Even if someone does not use them personally, they have been subjected to the handwriting of someone who does.

(Not the whole list, obviously, just the concept as well as the common ones)

Naphthalene summarized it pretty well. It seems most Japanese people know these forms, but the use isnt very common. Most writing nowadays is typed, so the chances of coming across it are less and less, its (generally) become a style choice rather than any stroke saving choice

They don’t even test ryakuji on kanken until the second highest level, along with several hundred kanji beyond the 常用漢字. So . . . I really don’t think it’s worth seriously studying until you reach that point, or rather you want to reach that point since it’s beyond the level of knowledge of most natives, lol

When things related to Kanken say they test ryakuji, I think it’s more like, testing the difference between 旧字体 and 新字体 (for instance 餠 and 餅). Though in some cases there may also be things regarded as 異字体 (for instance 摑 and 掴). These are usually fairly systematically done and typical exist as fonts in some form for printing. Often an 異字体 is the result of people using the same simplifcations that were done to 常用漢字 but for kanji that aren’t 常用.

The ryakuji discussed here are almost exclusively casual handwritten forms, and I don’t think they’d be covered on Kanken. If they were on the test, you’d be able to find them on the Kanken’s dictionary website, Kanjipedia (they do have kanji images for things when fonts aren’t available).

And if we go to the page for 門, for instance, since it came up a bunch here as a very common ryakuji, there are no alternative forms listed.

But basically, yes, your point that it’s not worth worrying about or studying is stronger than you suggested.

According to wikipedia, some 略字 as was the discussion here were accepted into 新字体. I’m guessing such is the case for 学 and 學, 広 and 廣. Well, that explains why so many 新字体 have been simplified with ム as a radical. TIL

Yeah, I guess you can say a 新字体 is really just a 略字 that got stamped with approval, in some sense.

2 is really omnipresent in handwriting. 1 I do see in signs now and then. 6 I’ve had a couple teachers who handwrite like that, but definitely uncommon.
12 I’ve seen on old signs sometimes, but very rare.

The other ones in your image I’ve never seen being actually used.

And I don’t know if you can really call it a 略字 or not, but people like to write circles instead of 口, almost anywhere it might appear, like in 語.

Except not when it’s actually just 口, I think. I can’t recall someone writing the kanji 口 itself as a circle.

I feel like I’ve seen 2 and 11 before, although there’s no way I would have recognized them. Still, some of these are quite cool:

5 feels similar to . Perhaps it depends on context?

2 looks just like an alternate font for 门, so nothing to worry about.